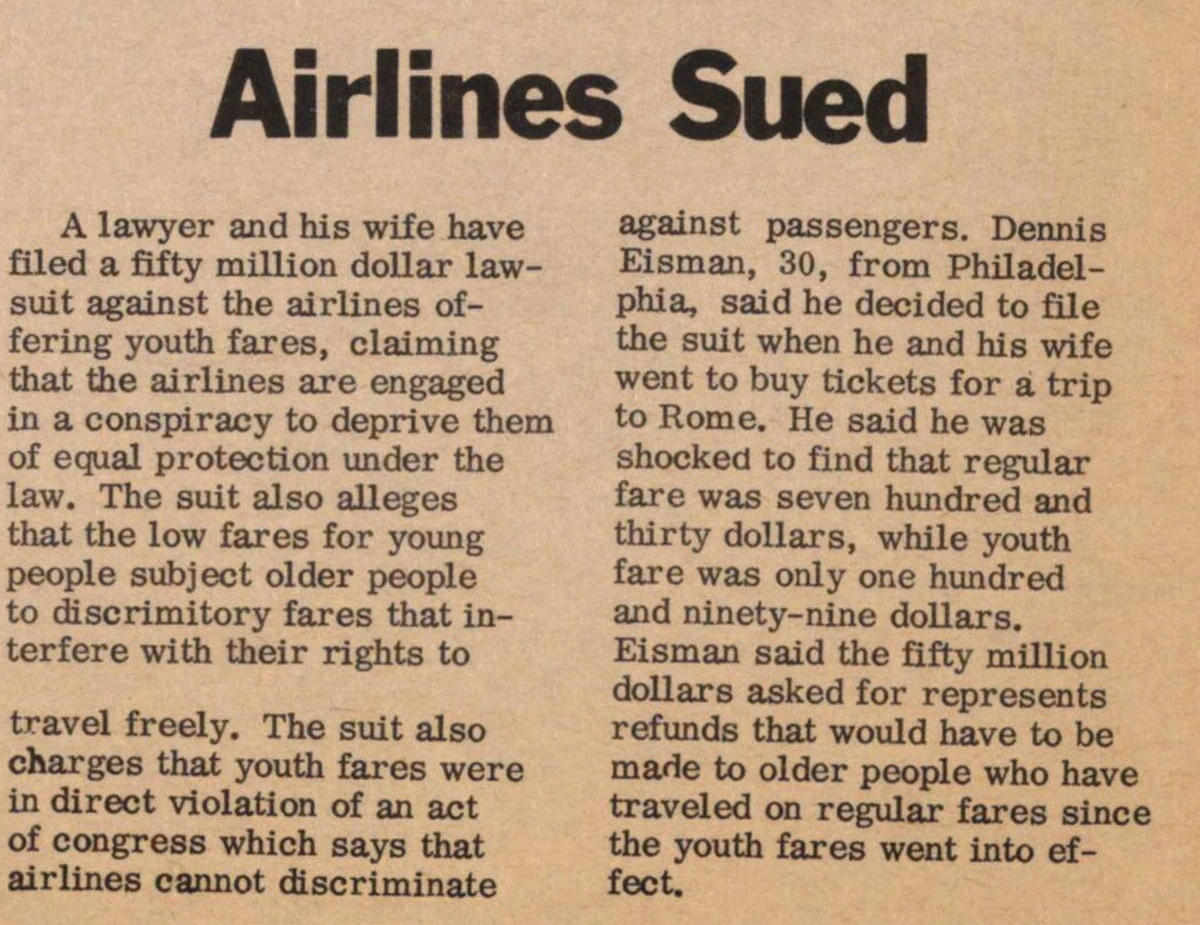 A lawyer and his wife have filed a fifty million dollar lawsuit against the airlines offering youth fares, claiming that the airlines are engaged in a conspiracy to deprive them of equal protection under the law. The suit also alleges that the low fares for young people subject older people to discriminatory fares that interfere with their rights to travel freely. The suit also charges that youth fares were in direct violation of an act of congress which says that airlines cannot discriminate against passengers. Dennis Eisman, 30, from Philadelphia, said he decided to file the suit when he and his wife went to buy tickets for a trip to Rome. He said he was shocked to find that regular fare was seven hundred and thirty dollars, while youth fare was only one hundred and ninety-nine dollars. Eisman said the fifty million dollars asked for represents refunds that would have to be made to older people who have traveled on regular fares since the youth fares went into effect.