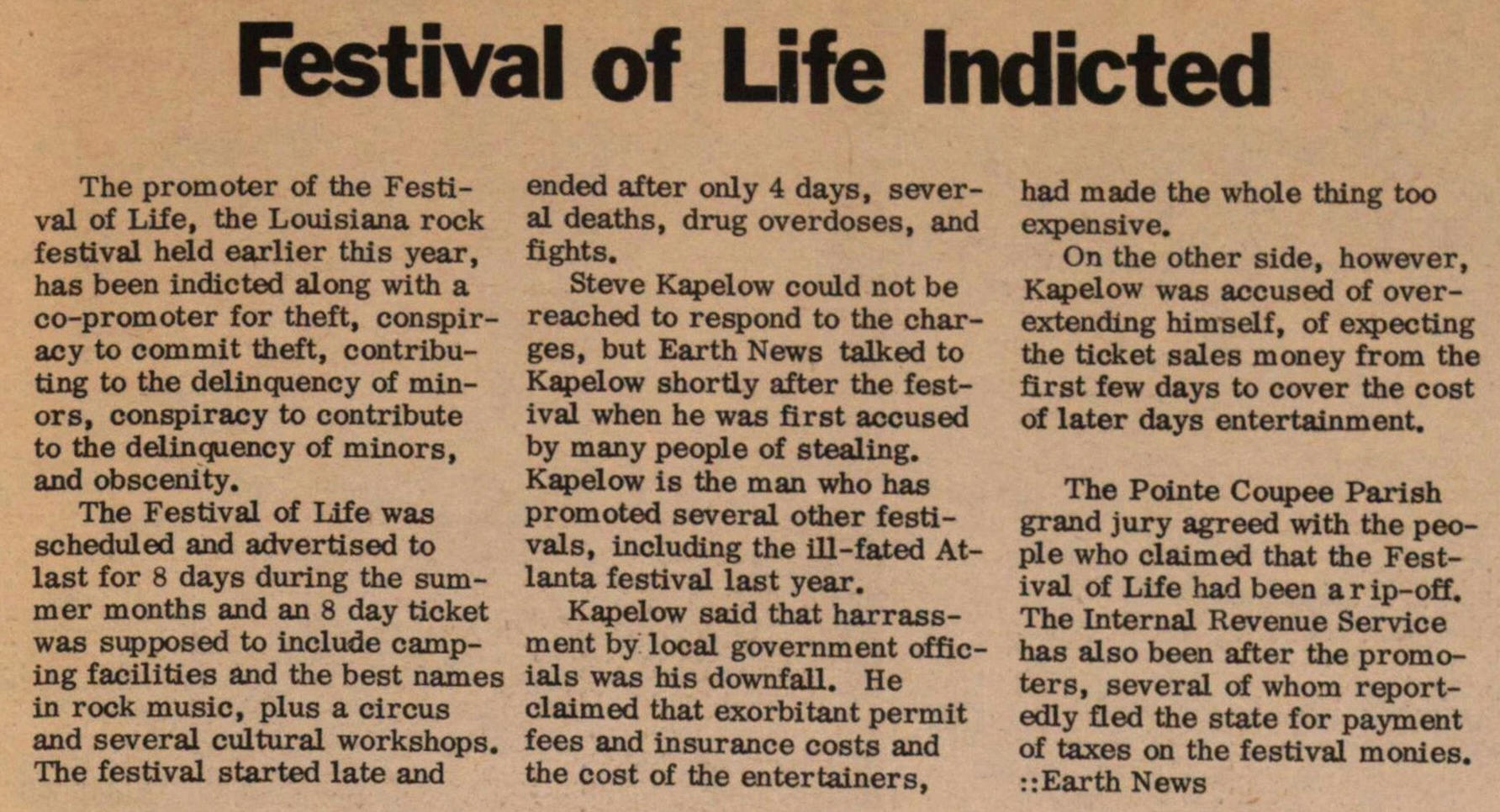 The Festival of Life was scheduled and advertised to last for 8 days during the summer months and an 8 day ticket was supposed to include camping facilities and the best names in rock music, plus a circus and several cultural workshops. The festival started late and ended after only 4 days, several deaths, drug overdoses, and fights.

Steve Kapelow could not be reached to respond to the charges, but Earth News talked to Kapelow shortly after the festival when he was first accused by many people of stealing. Kapelow is the man who has promoted several other festivals, including the ill-fated Atlanta festival last year.

Kapelow said that harassment by local government officials was his downfall. He claimed that exorbitant permit fees and insurance costs and the cost of the entertainers, had made the whole thing too expensive.

On the other side, however, Kapelow was accused of overextending himself, of expecting the ticket sales money from the first few days to cover the cost of later days entertainment.

The Pointe Coupee Parish grand jury agreed with the people who claimed that the Festival of Life had been a rip-off. The Internal Revenue Service has also been after the promoters, several of whom reportedly fled the state for payment of taxes on the festival monies.