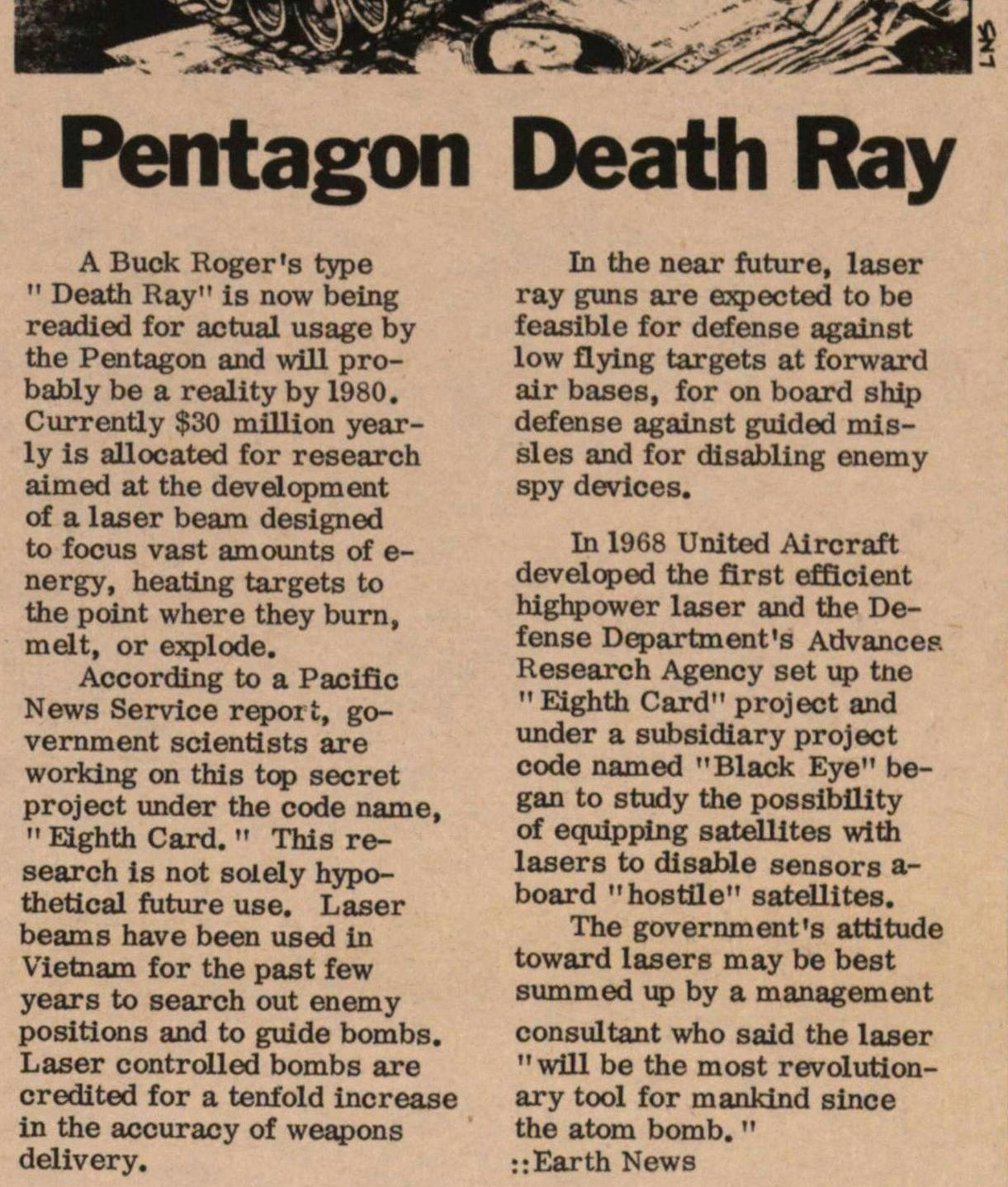 A Buck Roger's type "Death Ray" is now being readied for actual usage by the Pentagon and will probably be a reality by 1980. Currently $30 million yearly is allocated for research aimed at the development of a laser beam designed to focus vast amounts of energy, heating targets to the point where they burn, melt, or explode.

According to a Pacific News Service report, government scientists are working on this top secret project under the code name, "Eighth Card." This research is not solely hypothetical future use. Laser beams have been used in Vietnam for the past few years to search out enemy positions and to guide bombs. Laser controlled bombs are credited for a tenfold increase in the accuracy of weapons delivery.

In the near future, laser ray guns are expected to be feasible for defense against low flying targets at forward air bases, for on board ship defense against guided missiles and for disabling enemy spy devices.

In 1968 United Aircraft developed the first efficient high power laser and the Defense Department's Advances Research Agency set up the "Eighth Card" project and under a subsidiary project code named "Black Eye" began to study the possibility of equipping satellites with lasers to disable sensors aboard "hostile" satellites.

The government's attitude toward lasers may be best summed up by a management consultant who said the laser "will be the most revolutionary tool for mankind since the atom bomb."