What Has Happened To Justice In America? 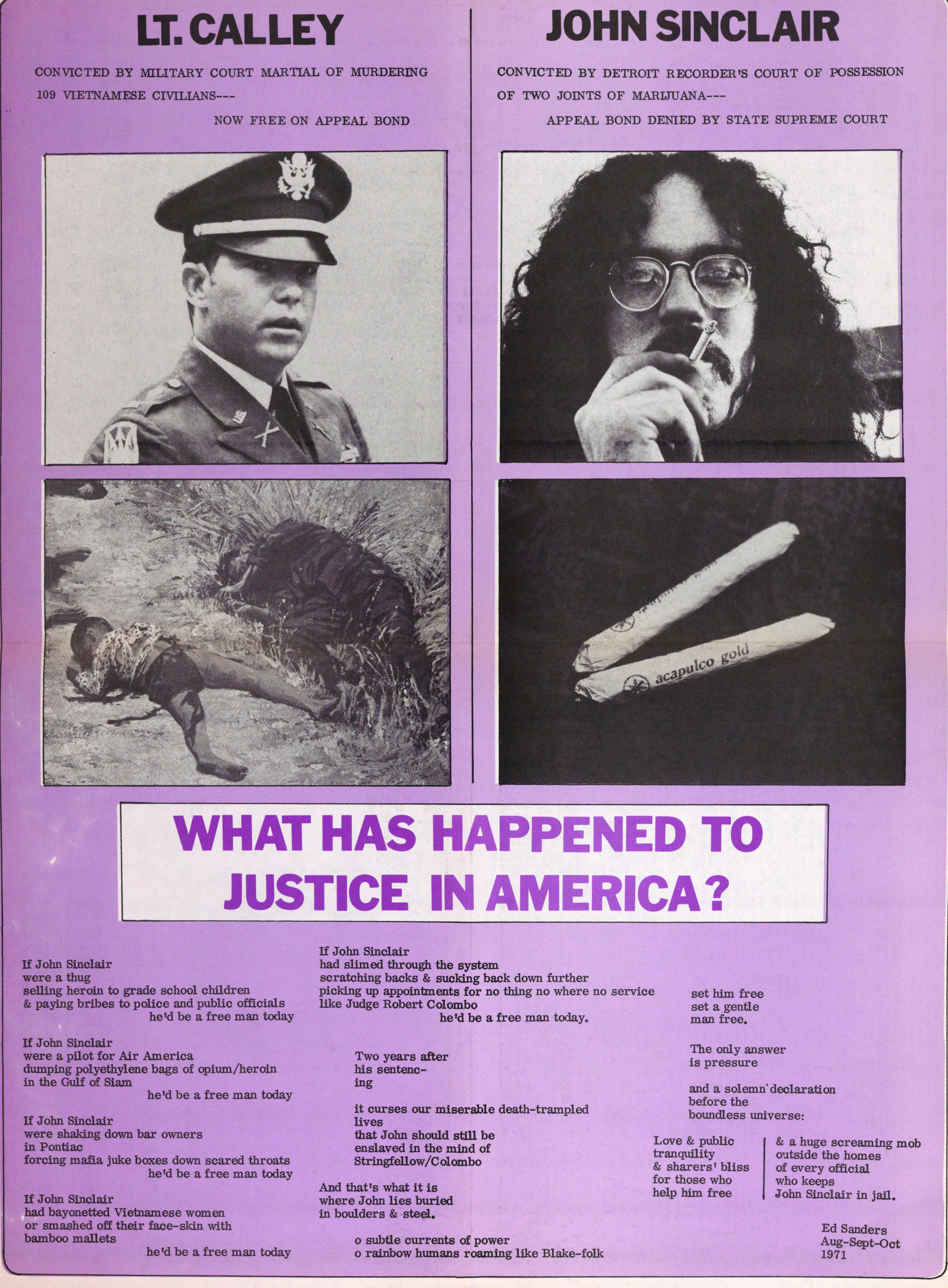 WHAT HAS HAPPENED TO JUSTICE IN AMERICA?

If John Sinclair had slimed through the system scratching backs & sucking back down further picking up appointments for no thing no where no service like Judge Robert Colombo he'd be a free man today.

Two years after his sentencing

And that's what it is where John lies buried in boulders & steel.

The only answer is pressure

and a solemn declaration before the boundless universe:

& a huge screaming mob outside the homes of every official who keeps John Sinclair in jail.