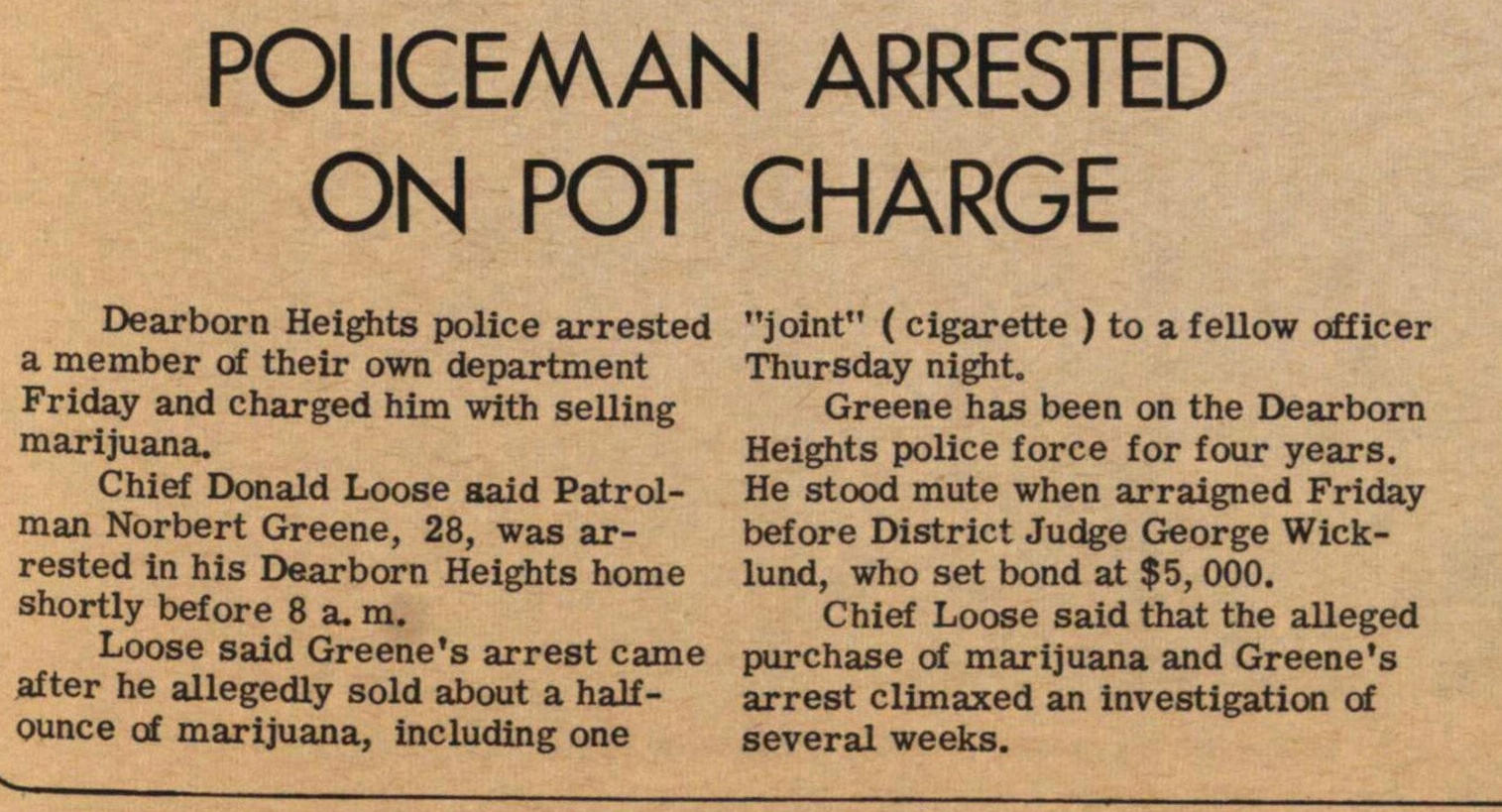 Dearborn Heights police arrested a member of their own department Friday and charged him with selling marijuana, Chief Donald Loose said Patrolman Norbert Greene, 28, was arrested in his Dearborn Heights home shortly before 8 a. m. Loose said Greene's arrest came after he allegedly sold about a half ounce of marijuana, including one "joint" ( cigarette ) to a fellow officer Thursday night. Greene has been on the Dearborn Heights police force for four years. He stood mute when arraigned Friday before District Judge George Wicklund, who set bond at $5, 000. Chief Loose said that the alleged purchase of marijuana and Greene's arrest climaxed an investigation of several weeks.