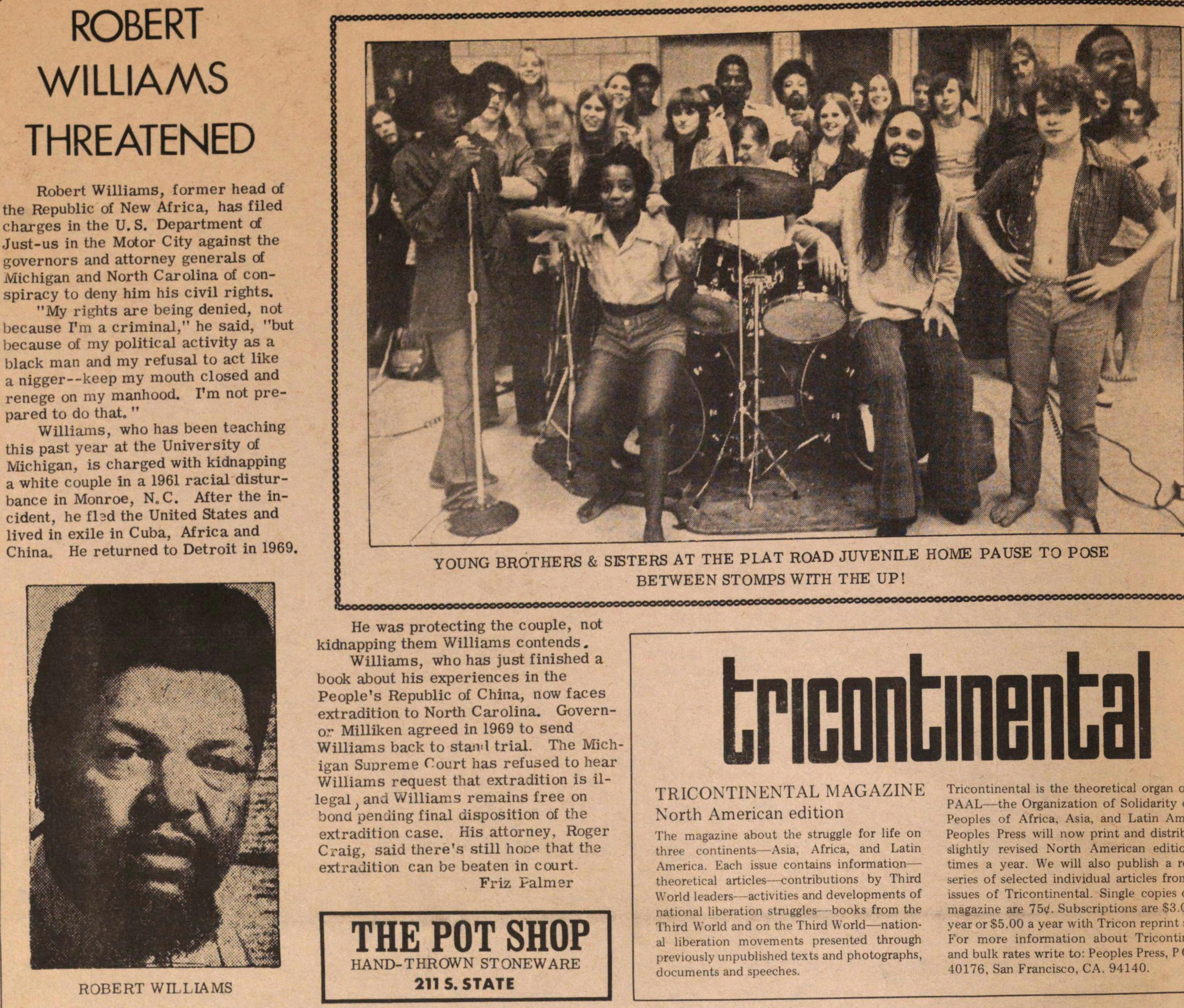 Robert Williams, former head of he Republic of New Africa, has filed charges in the U. S. Department of Just-us in the Motor City against the governors and attorney generals of Michigan and North Carolina of conspiracy to deny him his civil rights.

"My rights are being denied, not because I'm a criminal," he said, "but because of my political activity as a black man and my refusal to act like a nigger--keep my mouth closed and renege on my manhood. I'm not prepared to do that."

Williams, who has been teaching his past year at the University of Michigan, is charged with kidnapping a white couple in a 1961 racial disturbance in Monroe, N.C. After the incident, he fled the United States and lived in exile in Cuba, Africa and China. He returned to Detroit in 1969. He was protecting the couple, not kidnapping them Williams contends.

Williams, who has just finished a book about his experiences in the People's Republic of China, now faces extradition to North Carolina. Governor Milliken agreed in 1969 to send Williams back to stand trial.

Ticontinental is the theoretical organ of OSPAAL--- the Organization of Solidarity of the Peoples of Africa,Asia, and Latin America. People Press will now print and distribute a slightly revised North American edition six times a year. We will also publish a reprint series of selected individual articles from past issues of Tricontonental. Single copies of the magazine are 75¢. Subscriptions are $3.00 per year or $5.00 a year with Tricon reprints series. For more information about Tricontinental and bulk rates write to : Peoples Press, P O Box 40176, San Francisco, CA. 94140