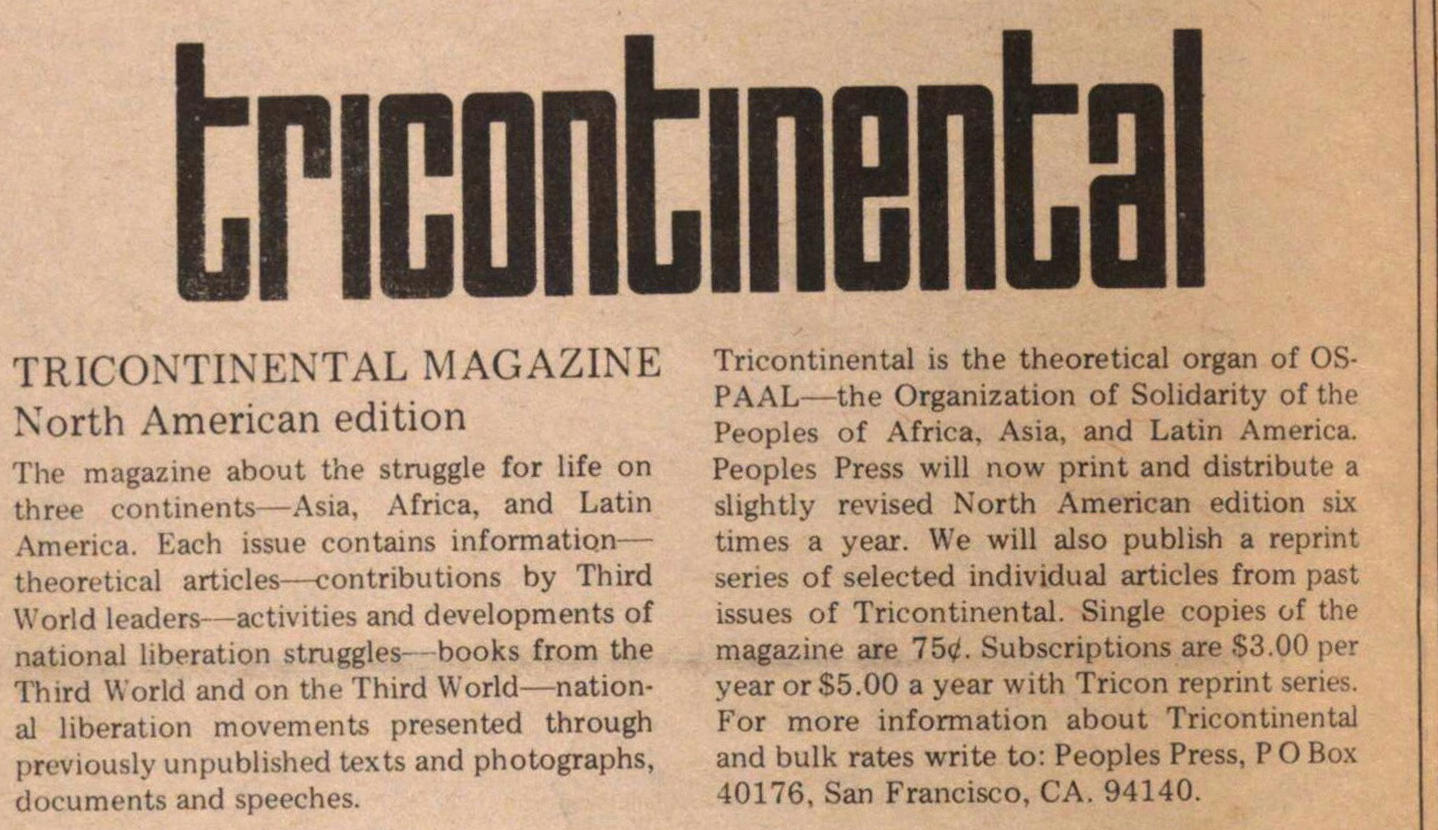 The magazine about the struggle for life on three continents - Asia, Africa, and Latin America. Each issue contains information - theoretical articles - contributions by Third World leaders - activities and developments of national liberation - books from the Third World and on the Third World - national liberation movements presented through previously unpublished texts and photographs, documents and speeches. Tricontinental is the theoretical organ of OSPAAL - the Organization of Solidarity of the Peoples of Africa, Asia, and Latin America. Peoples Press will now print and distribute a slightly revised North American edition six times a year. We will also publish a reprint series of selected individual articles from past issues of Tricontinental. Single copies of the magazine are 75¢. Subscriptions are $3.00 per year or $5.00 a year with Tricon reprint For more information about Tricontinental and bulk rates write to: Peoples Press, P O Box 40176, San Francisco, CA. 94140.