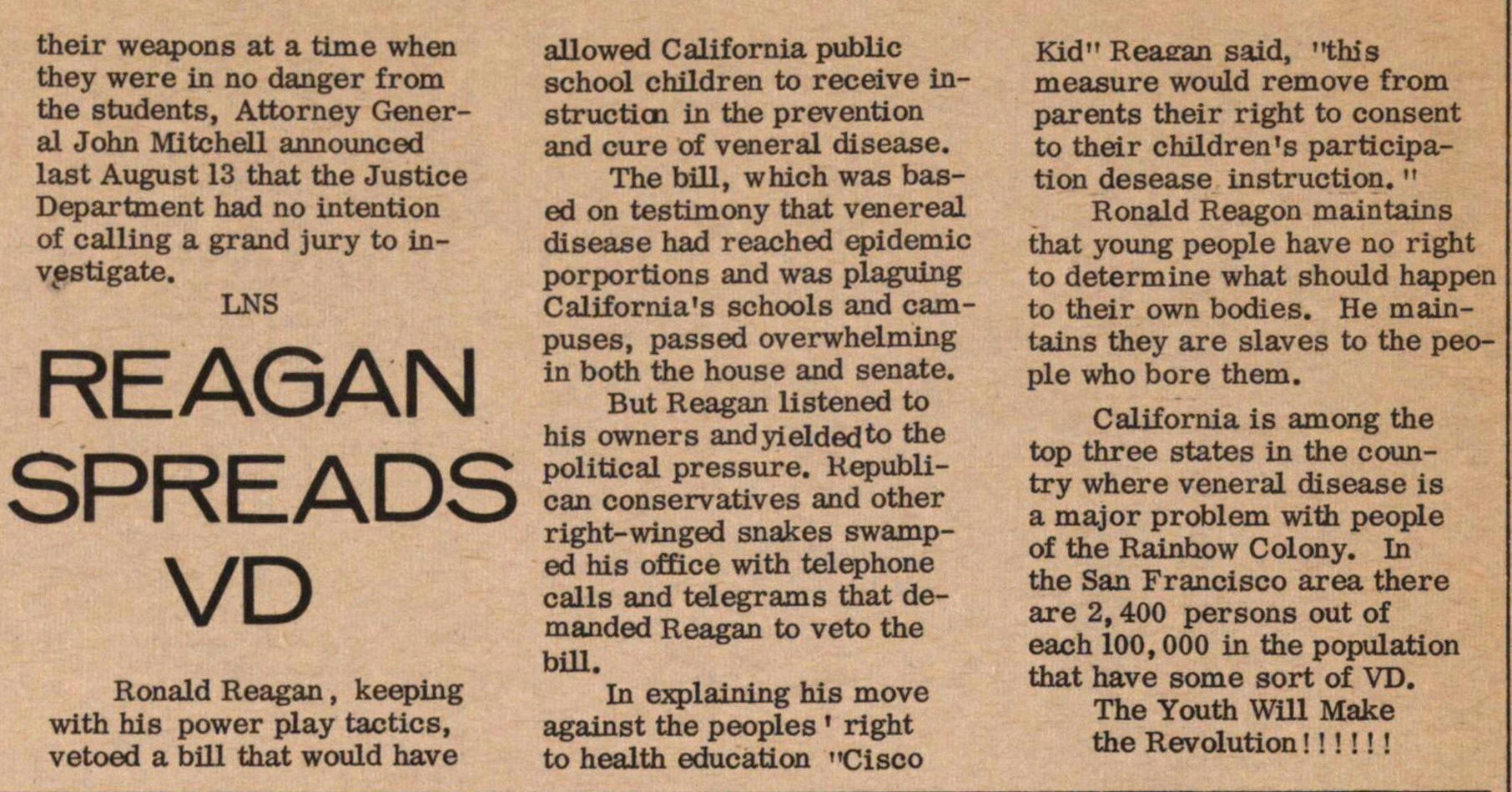 Ronald Reagan, keeping with hls power play tactics, vetoed a bill that would have allowed California public school children to receive instruction in the prevention and cure of venereal disease.

The bill, which was based on testimony that venereal disease had reached epidemic proportions and was plaguing California's schools and campuses, passed overwhelming in both the house and senate.

But Reagan listened to his owners and yielded to the political pressure. Republican conservatives and other right-winged snakes swamped his office with telephone calls and telegrams that demanded Reagan to veto the bill.

In explaining his move against the peoples' right to health education "Cisco Kid" Reagan said, "this measure would remove from parents their right to consent to their children's participation disease instruction."

Ronald Reagan maintains that young people have no right to determine what should happen to their own bodies. He maintains they are slaves to the people who bore them.

California is among the top three states in the country where venereal disease is a major problem with people of the Rainbow Colony. In the San Francisco area there are 2,400 persons out of each 100,000 in the population that have some sort of VD.

The Youth Will Make the Revolution !!!!!!