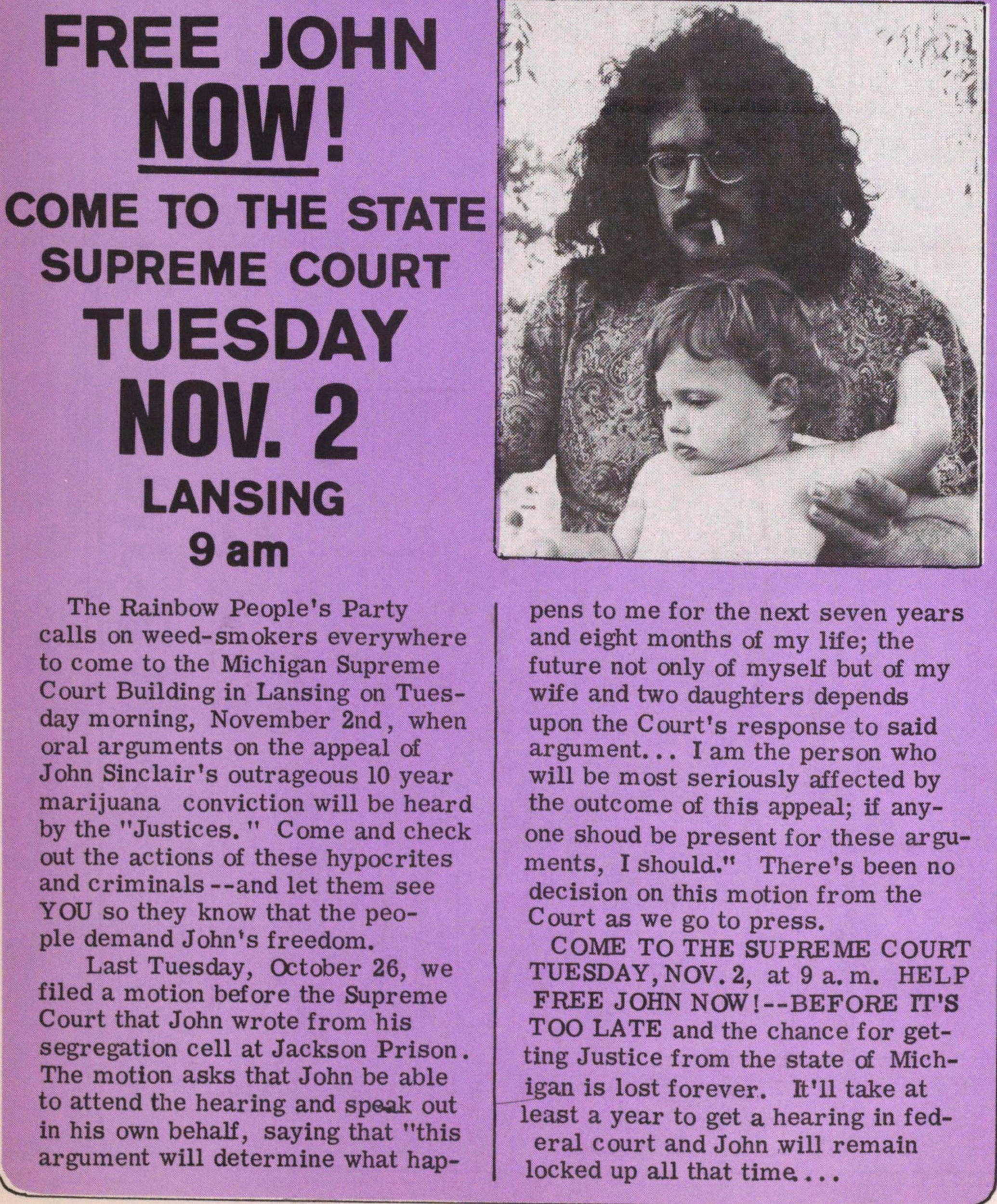 COME TO THE STATE
SUPREME COURT
TUESDAY
N0V.2
LANSING
9am

The Rainbow People's Party calls on weed smokers everywhere to come to the Michigan Supreme Court Building in Lansing on Tuesday morning, November 2nd, when oral arguments on the appeal of John Sinclair's outrageous 10 year marijuana conviction will be heard by the "Justices. " Come and check out the actions of these hypocrites and criminals--and let them see YOU so they know that the people demand Johns freedom.

Last Tuesday, October 26, we filed a motion before the Supreme Court that John wrote from his segregation cell at Jackson Prison. The motion asks that John be able to attend the hearing and speak out in his own behalf, saying that "this argument will determine what happens to me for the next seven years and eight months of my life; the future not only of myself but of my wife and two daughters depends upon the Court's response to said argument. . . I am the person who will be most seriously affected by the outcome of this appeal; if anyone should be present for these arguments, I should." There's been no decision on this motion from the Court as we go to press.

COME TO THE SUPREME COURT TUESDAY, NOV. 2, at 9 a. m. HELP FREE JOHN NOW!--BEFORE IT'S TOO LATE and the chance for getting Justice from the state of Michigan is lost forever. It'll take at least a year to get a hearing in federal court and John will remain locked up all that time. . . .