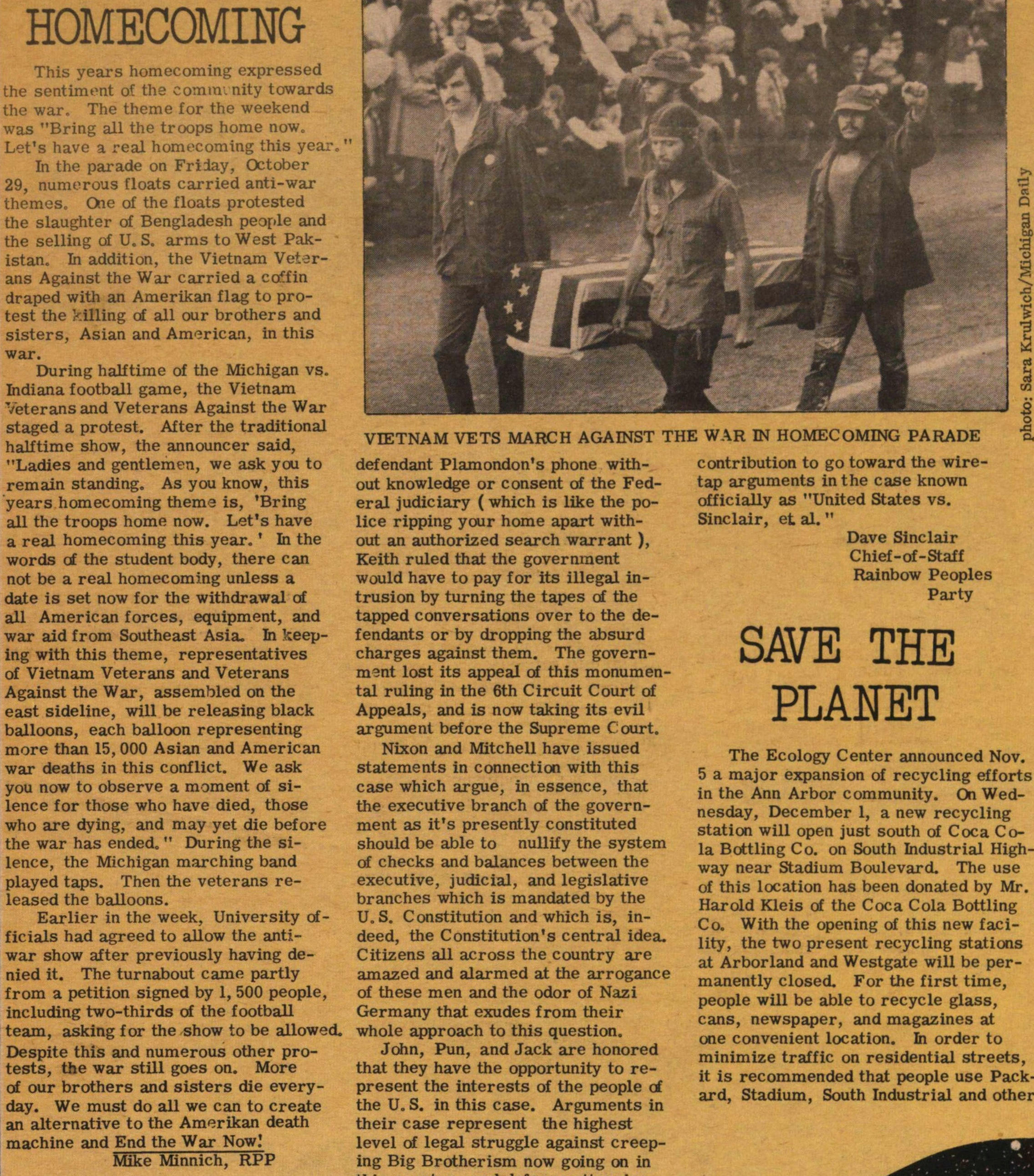 This years homecoming expressed the sentiment of the comimnity towards the war. The theme for the weekend was "Bring all the troops home now. Let's have a real homecoming this year.' Li the parade on Friday, October 29, numerous floats carried anti-war themes. One of the floats protested the slaughter of Bengladesh people and the selling of U. S. arms to West Pakistan. In addition, the Vietnam Veterans Against the War carried a coífin draped with an Amerikan flag to protest the killing of all our brothers and sisters, Asian and American, in this war. During halftime of the Michigan vs. Indiana f ootball game, the Vietnam Veterans and Veterans Against the War staged a protest. After the traditional halftime show, the announcer said, "Ladies and gentlemen, we ask you to remain standing. As you know, this years homecoming theme is, 'Bring all the troops home now. Let's have a real homecoming this year. ' In the words cf the student body, there can not be a real homecoming unless a date is set now for the withdrawal of all American forces, equipment, and war aid from Southeast Asia. In keeping with this theme, representatives of Vietnam Veterans and Veterans Against the War, assembled on the east sideline, will be releasing black balloons, each balloon representing more than 15, 000 Asian and American war deaths in this conflict. We ask you now to observe a moment of silence for those who have died, those who are dying, and may yet die before the war has ended„ " During the silence, the Michigan marching band played taps. Then the veterans released the balloons. Earlier in the week, University officials had agreed to allow the antiwar show after previously having denied it. The turnabout came partly from a petition signed by 1, 500 people, including two-thirds of the football team, asking for the show to be allowed. Despite this and numerous other protests, the war still goes on. More of our brothers and sisters die everyday. We must do all we can to créate an alternative to the Amerikan death machine and End the War Now.'