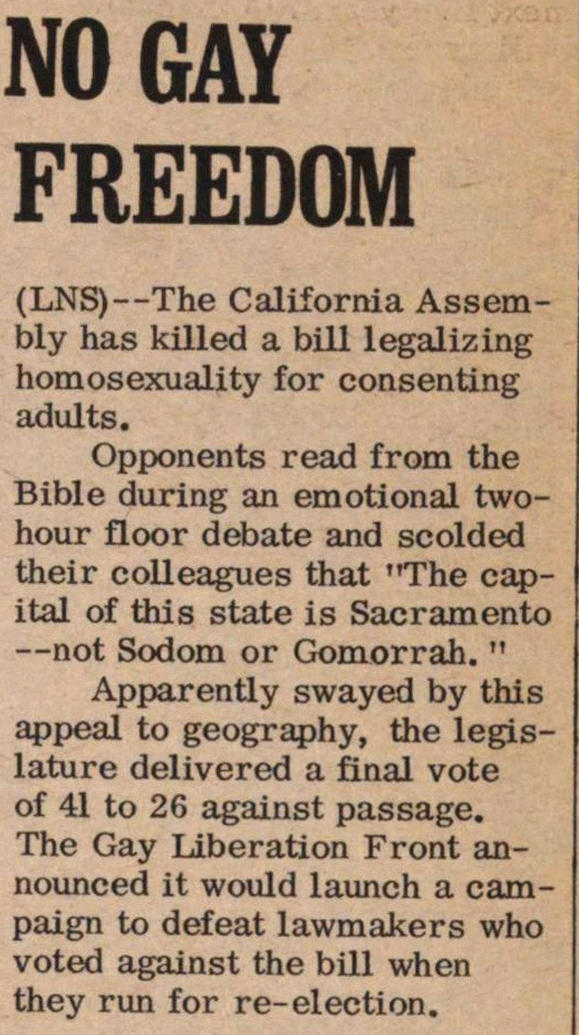 (LNS)- The California Assembly has killed a bül legalizing homosexuality for consenting adults. Opponents read from the Bible during an emotional twohour floor debate and scolded their colleagues that "The capital of this state is Sacramento - not Sodom or Gomorrah. " Apparently swayed by this appeal to geography, the legislature delivered a final vote of 41 to 26 against passage. The Gay Liberation Front announced it would launch a campaign to defeat lawmakers who voted against the bill when they run for re-election.