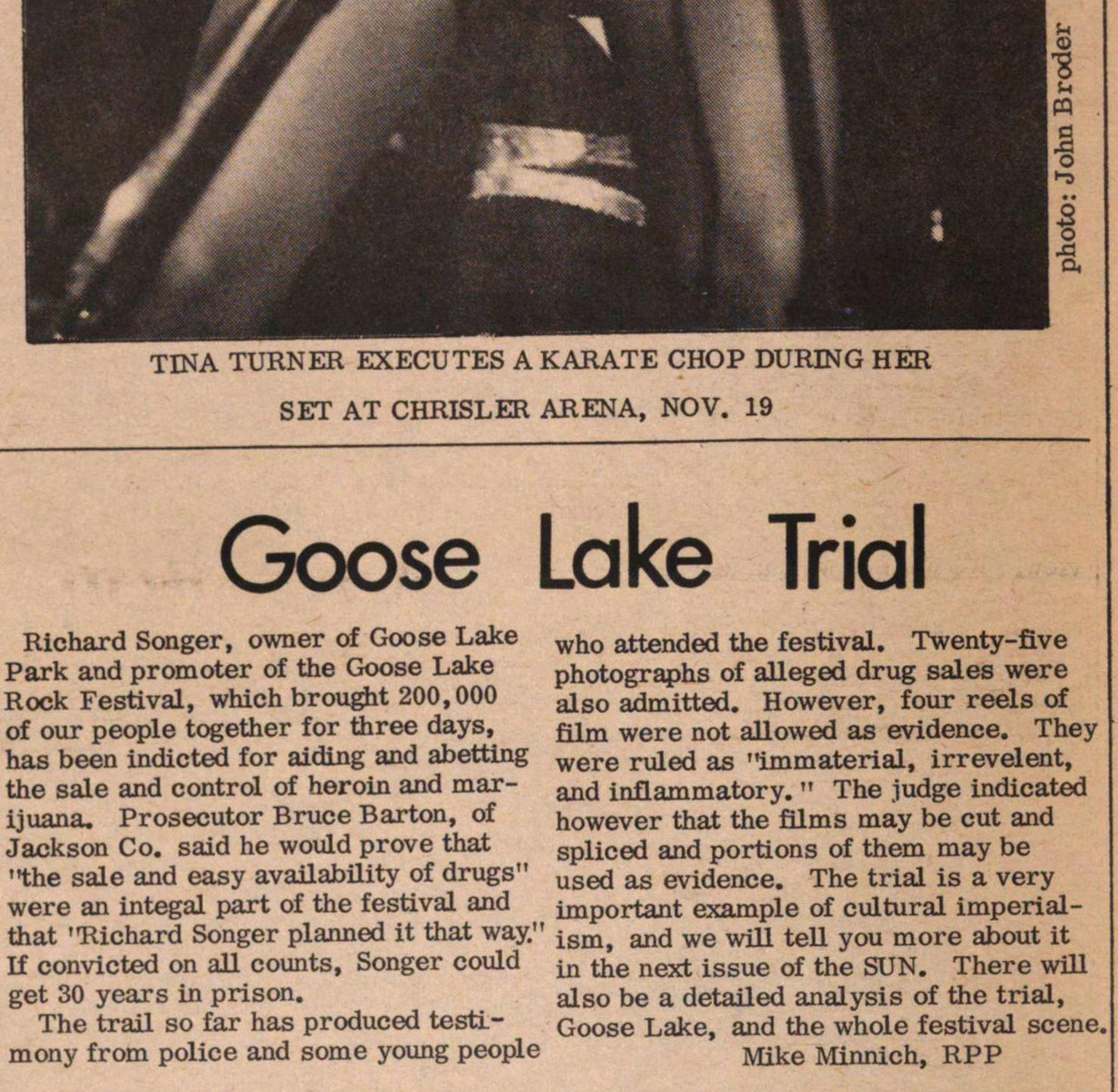 Richard Songer, owner of Goose Lake Park and promoter of the Goose Lake Rock Festival, which brouwt 200,000 of our people together for three days, has been indicted for aiding and abetting the sale and control of heroin and marijuana. Prosecutor Bruce Barton, of Jackson Co. said he would prove that "the sale and easy availability of drugs" were an integal part of the festival and that "Richard Songer planned it that way." If convicted on all counts, Songer could get 30 years in prison. The trail so far has produced testt.mony from pólice and some young people who attended the festival. Twenty-five photographs of alleged drug sales were also admitted. However, four reels of film were not allowed as evldence. They were ruled as "immaterial, irrevelent, and inflammatory. " The judge indicated however that the films may be cut and spliced and portions of them may be used as evidence. The trial is a very important example of cultural imperialism, and we wül teil you more about it in the next issue of the SUN. There wül also be a detailed analysis of the trial, Goose Lake, and the whole festival scène. Mike Minnich, RPP