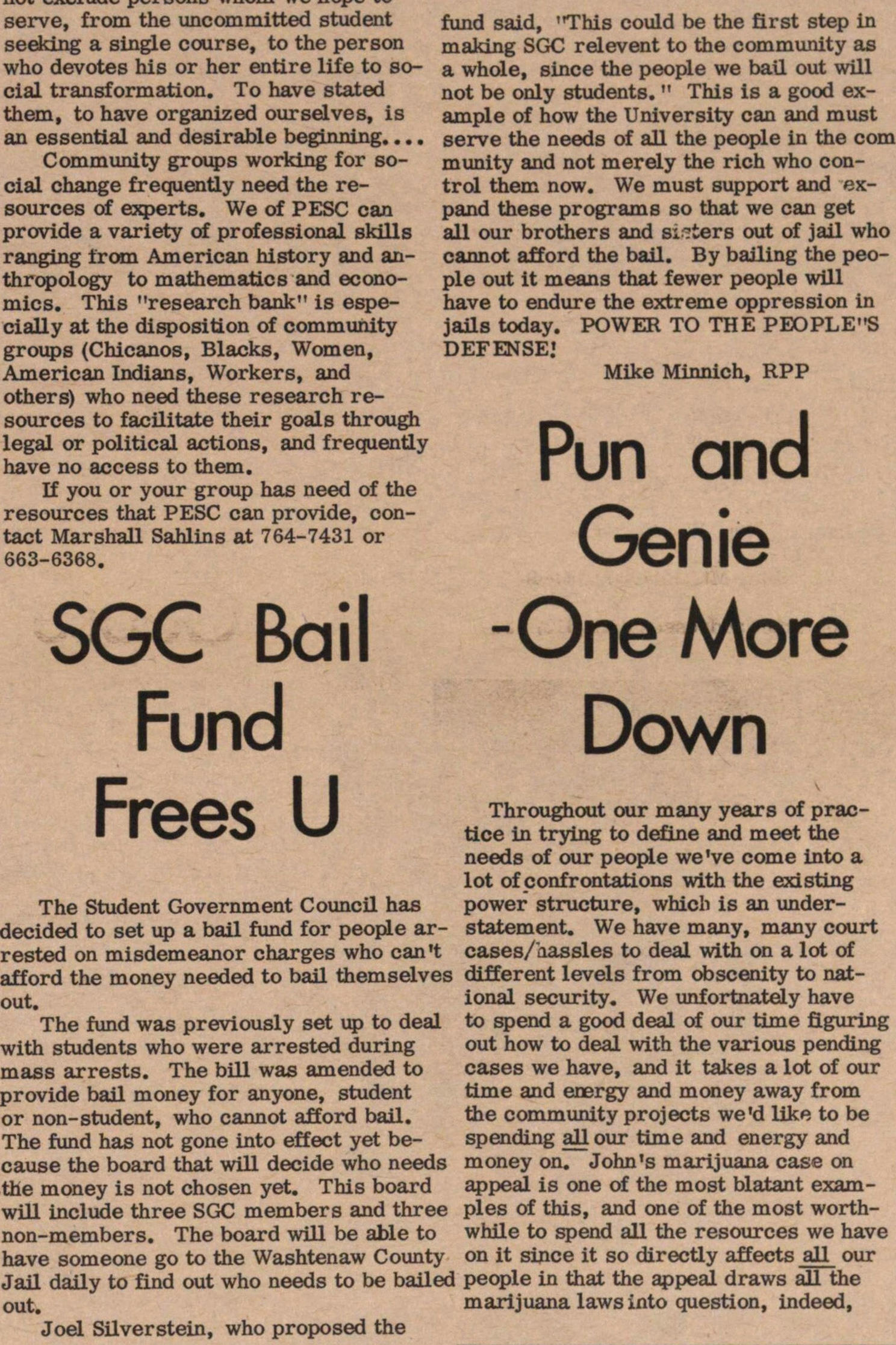 The Student Government Council has decided to set up a bail fund for people arrested on misdemeanor charges who can 't afford the money needed to baü themselves out. The fund was previously set up to deal with students who were arrested during mass arrests. The bill was amended to provide bail money for anyone, student or non-student, who cannot afford bail. The fund has not gone into effect yet because the board that will decide who needs the money is not chosen yet. This board will include three SGC members and three non-members. The board will be able to have someone go to the Washtenaw County Jail daily to find out who needs to be bailed out. Joel Silverstein, who proposed the fund said, "This could be the first step in making SGC relevent to the community as a whole, since the people we baü out will not be only students. " This is a good example of how the University can and must serve the needs of all the people in the com munity and not merely the rich who control them now. We must support and expand these programs so that we can get all our brothers and sinters out of jail who cannot afford the bail. By bailing the people out it means that fewer people will have to endure the extreme oppression in jails today. POWER TO THE PEOPLE"S defense; RPP