Pun And Genie-one More Down 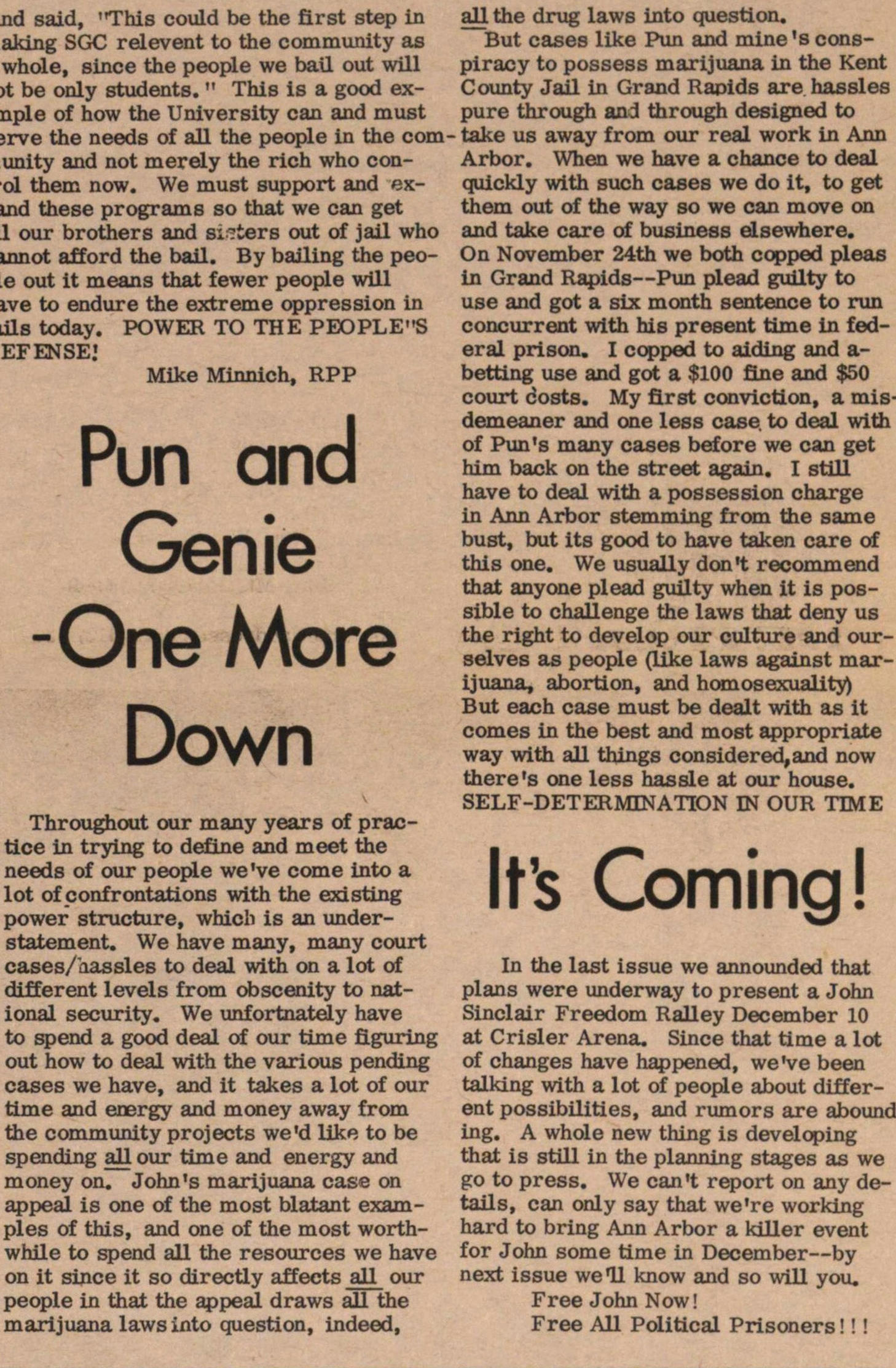 Throughout our many years of practlce in trying to define and meet the needs of our people we've come into a lot of confrontaüons with the existing power struoture, which is an understatement. We have many, many court casesaassles to deal with on a lot of different levéis from obscenity to national security. We unfortnately have to spend a good deal of our time flguring out how to deal with the various pending cases we have, and it takes a lot of our time and energy and money away from the community projects we'd like to be spending all our time and energy and money on. John 's marijuana case on appeal is one of the most blatant examples of this, and one of the most worthwhile to spend all the resources we have on it since it so directly affects all our people in that the appeal draws all the marijuana laws into question, indeed, all the drug laws into question. But cases like Pun and mine 's conspiracy to possess marijuana in the Kent County Jail in Grand Rapids are hassles pure through and through designed to - take us away f rom our real work in Ann Arbor. When we have a chance to deal quickly with such cases we do it, to get them out of the way so we can move on and take care of business elsewhere. On November 24th we both copped pieas in Grand Rapids - Pun plead guilty to use and got a six month sentence to run concurrent with his present time in federal prison. I copped to aiding and abetting use and got a $100 fine and $50 court costs. My first conviction, a misdemeaner and one less case. to deal with of Pun's many cases before we can get him back on the street again. I still have to deal with a possession charge in Ann Arbor stemming from the same bust, but its good to have taken care of this one. We usually don 't recommend that anyone plead guilty when it is possible to challenge the laws that deny us the right to develop our culture and ourselves as people (like laws against marijuana, abortion, and homosexuality) But each case must be dealt with as it comes in the best and most appropriate way with all things considered,and now there's one less hassle at our house. SELF-DETERMINATION IN OUR TIME