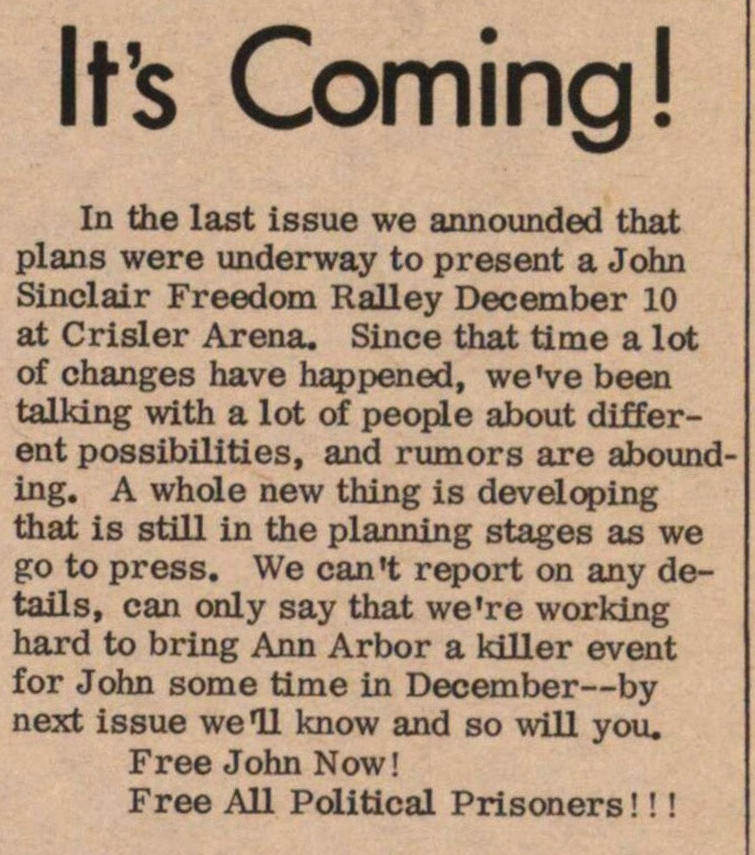 In the last issue we announced that plans were underway to present a John Sinclair Freedom Rally December 10 at Crisler Arena. Since that time a lot of changes have happened, we've been talking with a lot of people about different possibilities, and rumors are abounding. A whole new thing is developing that is still in the planning stages as we go to press. We can't report on any details, can only say that we're working hard to bring Ann Arbor a killer event for John some time in December - by next issue we'll know and so will you.