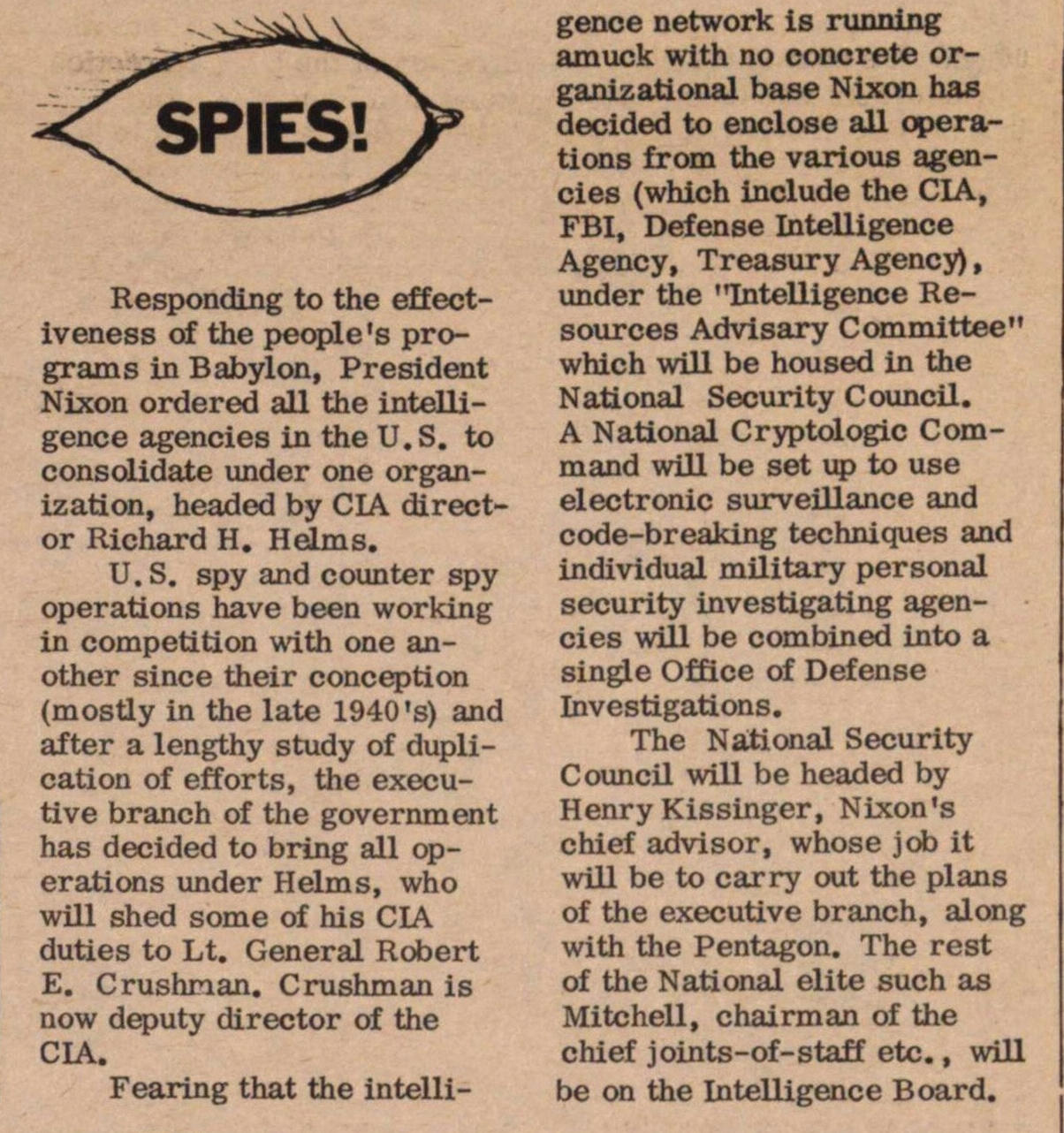 Responding to the effectiveness of the people's programs in Babyion, President Nixon ordered all the intelligence agencies in the U. S. to consolídate under one organization, headed by CIA director Richard H. Helms. U.S. spy and counter spy operations have been working in competitlon with one another since their conception (mostly in the late 1940 's) and after a lengthy study of duplication of efforts, the executive branch of the government has decided to bring all operations under Helms, who will shed some of his CIA duties to Lt. General Robert E. Crushnan. Crushman is now deputy director of the CIA. Fearing that the gence network is running amuck with no concrete organizational base Nixon has decided to enclose all operations from the various agencies (which include the CIA, FBI, Defense Intelligence Agency, Treasury Agency) , under the "Intelligence Resources Advisary Committee" which will be housed in the National Security Council. A National Cryptologic Command will be set up to use electronic surveillance and code-breaking techniques and individual military personal security investigating agencies will be combined into a single Office of Defense Investigations. The National Security Council will be headed by Henry Kissinger, Nixon 's chief advisor, whose job it will be to carry out the plans of the executive branch, along with the Pentagon. The rest of the National elite such as Mitchell, chairman of the chief joints-of-staff etc. , will be on the Intelligence Board.