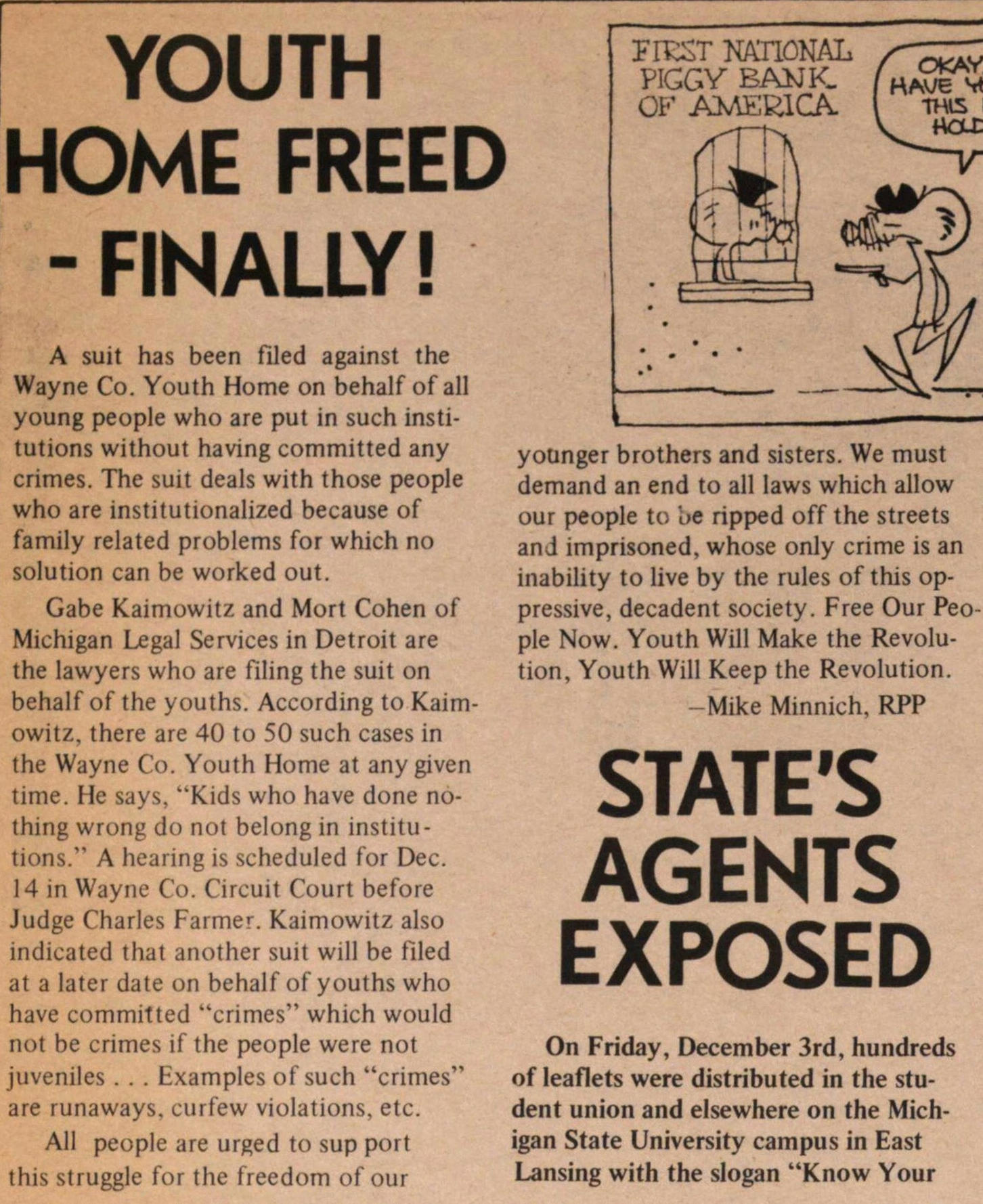 A suit has been filed against the Wayne Co. Youth Home on behalf of all young people who are put in such institutions without having committed any crimes. The suit deals with those people who are institutionalized because of family related problems for which no solution can be worked out. Gabe Kaimowitz and Mort Cohen of Michigan Legal Services in Detroit are the lawyers who are filing the suit on behalf of the youths. According to Kaimowitz there are 40 to 50 such cases in the Wayne Co. Youth Home at any given time. He says, "Kids who have done nothing wrong do not belong in institutions." A hearing is scheduled for Dec. 14 in Wayne Co. Circuit Court before Judge Charles Farmer. Kaimowitz also indicated that another suit will be filed at a later date on behalf of youths who have committed "crimes" which would not be crimes if the people were not juveniles . . . Examples of such "crimes" are runaways, curfew violations, etc. All people are urged to support this struggle for the freedom of our younger brothers and sisters. We must demand an end to all laws which allow our people to be ripped off the streets and imprisoned, whose only crime is an inability to live by the rules of this oppressive, decadent society. Free Our People Now. Youth Will Make the Revolution, Youth Will Keep the Revolution. RPP