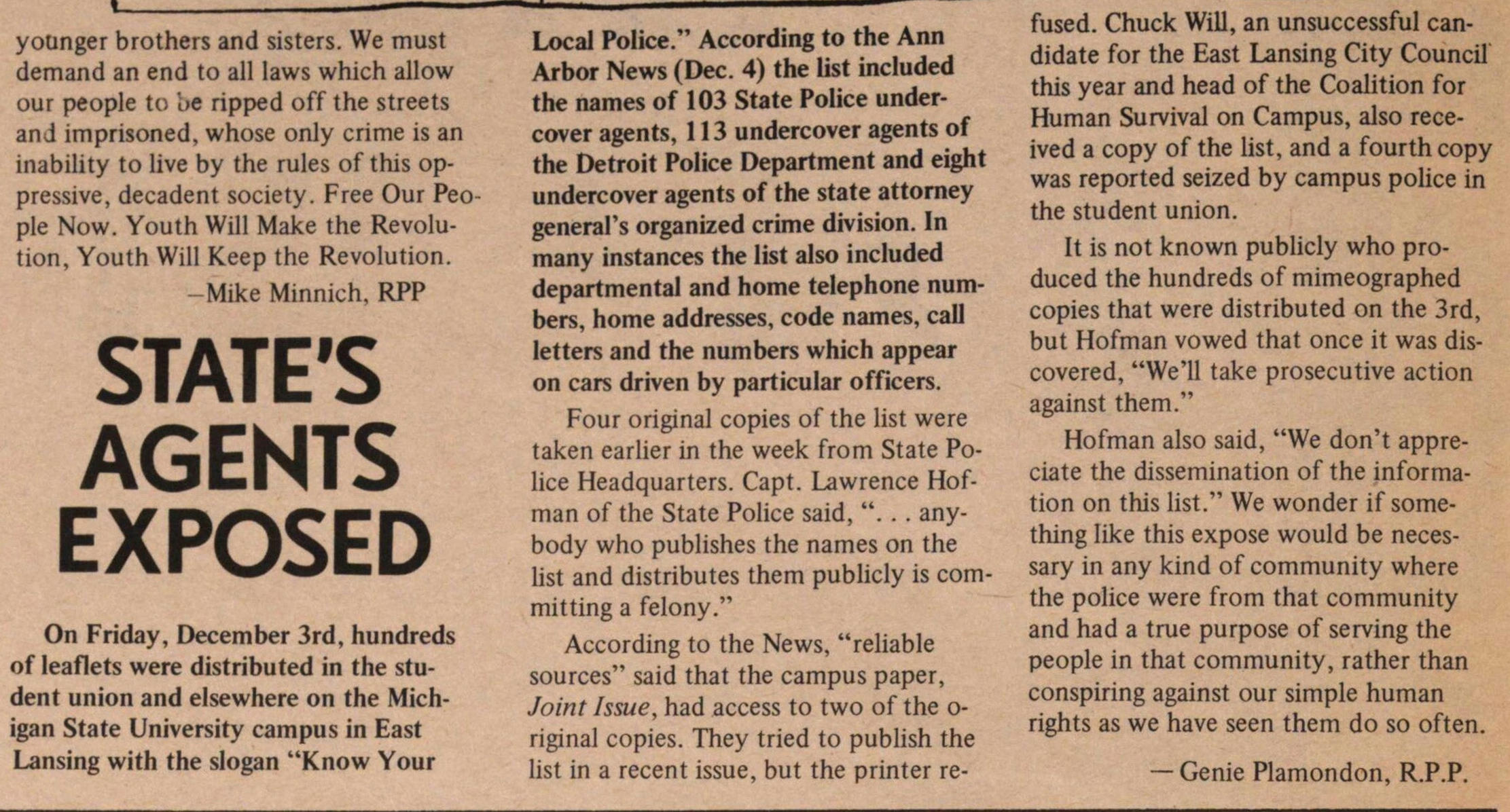 On Friday, December 3rd, hundreds of leaflets were distributed in the student union and elsewhere on the Michigan State University campus in East Lansing with the slogan "Know Your Local Police." According to the Ann Arbor News (Dec. 4) the list included the names of 103 State Police undercover agents, 113 undercover agents of the Detroit Police Department and eight undercover agents of the state attorney general's organized crime division. In many instances the list also included departmental and home telephone numbers, home addresses, code names, call letters and the numbers which appear on cars driven by particular officers. Four original copies of the list were taken earlier in the week from State Police Headquarters. Capt. Lawrence Hofman of the State Police said, ". . . anybody who publishes the names on the list and distributes them publicly is committing a felony." According to the News, "reliable sources" said that the campus paper, Joint Issue, had access to two of the original copies. They tried to publish the list in a recent issue, but the printer fused. Chuck Will, an unsuccessful candidate for the East Lansing City Council this year and head of the Coalition for Human Survival on Campus, also received a copy of the list, and a fourth copy was reported seized by campus police in the student union. It is not known publicly who produced the hundreds of mimeographed copies that were distributed on the 3rd, but Hofman vowed that once it was discovered, "We'll take prosecutive action against them." Hofman also said, "We don't appreciate the dissemination of the information on this list." We wonder if something like this expose would be necessary in any kind of community where the police were from that community and had a true purpose of serving the people in that community, rather than conspiring against our simple human rights as we have seen them do so often. R.P.P.