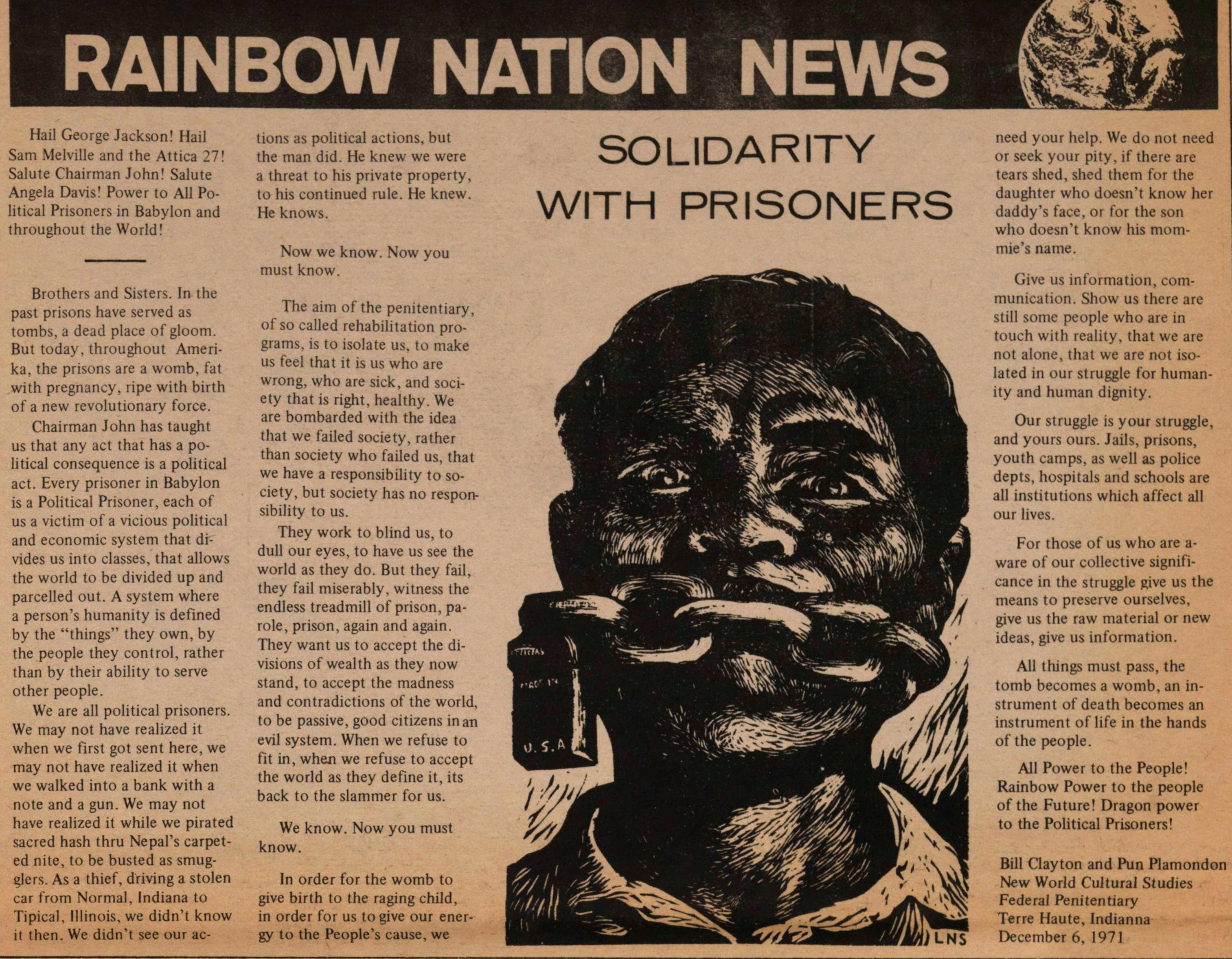 Hail George Jackson! Hail Sam Melville and the Attica 27! Salute Chairman John! Salute Angela Davis! Power to All Political Prisoners in Babylon and throughout the World!

Brothers and Sisters. In the past prisons have served as tombs, a dead place of gloom. But today, throughout America, the prisons are a womb, fat with pregnancy, ripe with birth of a new revolutionary force.

Chairman John has taught us that any act that has a political consequence is a political act. Every prisoner in Babylon is a Political Prisoner, each of us a victim of a vicious political and economic system that divides us into classes, that allows the world to be divided up and parceled out. A system where a person's humanity is defined by the "things" they own, by the people they control, rather than by their ability to serve other people.

Now we know. Now you must know. The aim of the penitentiary, of so called rehabilitation programs, is to isolate us, to make us feel that it is us who are wrong, who are sick, and society that is right, healthy. We are bombarded with the idea that we failed society, rather than society who failed us, that we have a responsibility to society, but society has no responsibility to us.

We know. Now you must know.

In order for the womb to give birth to the raging child, in order for us to give our energy to the People's cause, we need your help. We do not need or seek your pity, if there are tears shed, shed them for the daughter who doesn't know her daddy's face, or for the son who doesn't know his mommie's name.

Give us information, communication. Show us there are still some people who are in touch with reality, that we are not alone, that we are not isolated in our struggle for humanity and human dignity.

Our struggle is your struggle, and yours ours. Jails, prisons, youth camps, as well as police depts, hospitals and schools are all institutions which affect all our lives.

For those of us who are aware of our collective significance in the struggle give us the means to preserve ourselves, give us the raw material or new ideas, give us information.