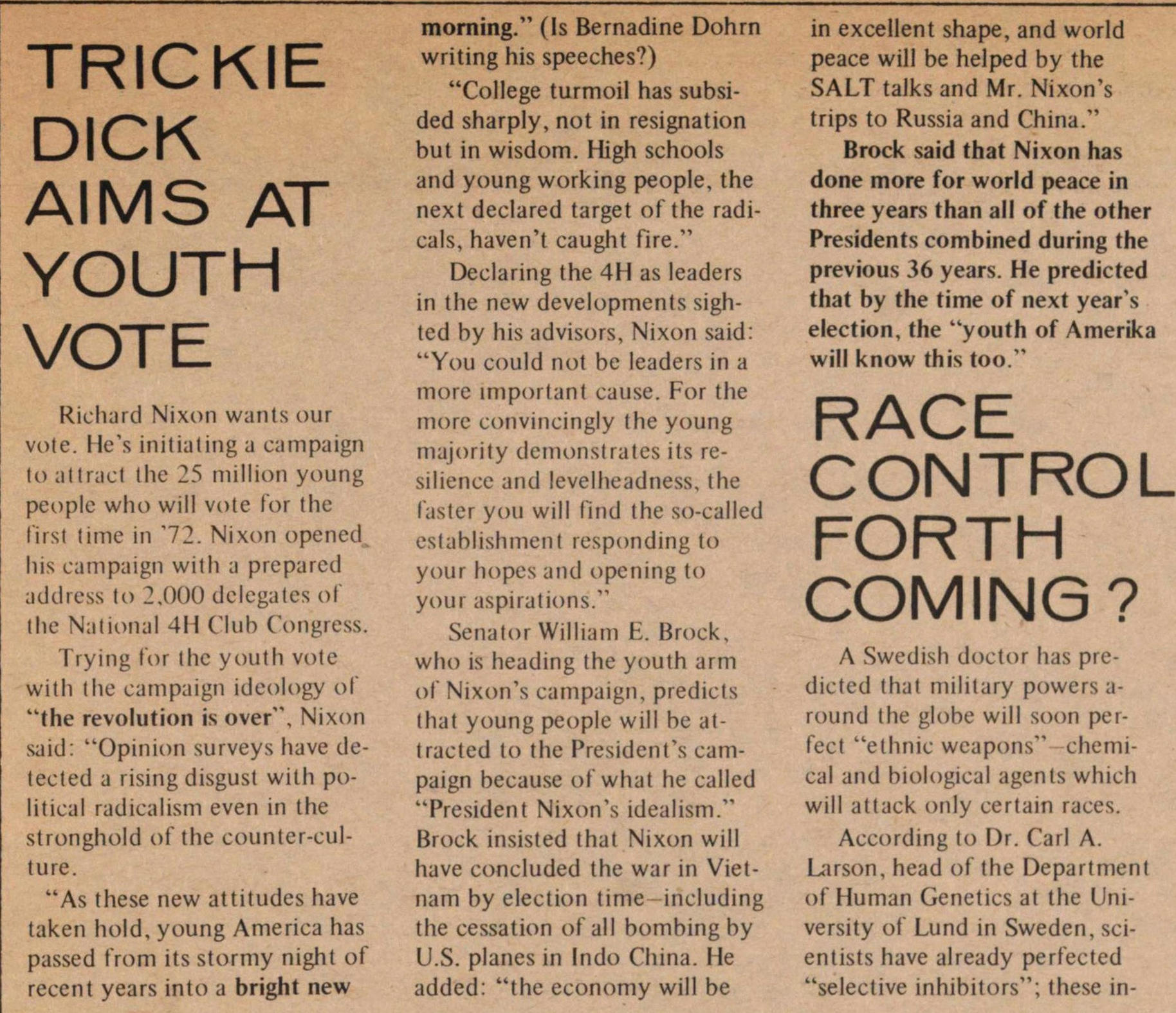 Richard Nixon wants our vote. He's initiating a campaign to attract the 25 million young people who will vote for the first time in '72. Nixon opened his campaign with a prepared address to 2,000 delegates of the National 4H Club Congress.

Trying tor the youth vote with the campaign ideology of "the revolution is over", Nixon said: "Opinion surveys have detected a rising disgust with political radicalism even in the stronghold of the counter-culture.

"As these new attitudes have taken hold, young America has passed from its stormy night of recent years into a bright new morning." (Is Bernadine Dohrn writing his speeches?)

"College turmoil has subsided sharply, not in resignation but in wisdom. High schools and young working people, the next declared target of the radicals, haven't caught fire."

Declaring the 4H as leaders in the new developments sighted by his advisors, Nixon said: "You could not be leaders in a more important cause. For the more convincingly the young majority demonstrates his resilience and levelheadness, the faster you will find the so-called establishment responding to your hopes and opening to your aspirations."

Senator William E. Broek, who is heading the youth arm of Nixon's campaign, predicts that young people will be attracted to the President's campaign because of what he called "President Nixon's idealism." Broek insisted that Nixon will have concluded the war in Vietnam by election time including the cessation of all bombing by U.S. planes in Indochina. He added: "the economy will be in excellent shape, and world peace will be helped by the SALT talks and Mr. Nixon's trips to Russia and China."

Broek said that Nixon has done more for world peace in three years than all of the other Presidents combined during the previous 36 years. He predicted that by the time of next year's election, the "youth of America will know this too."