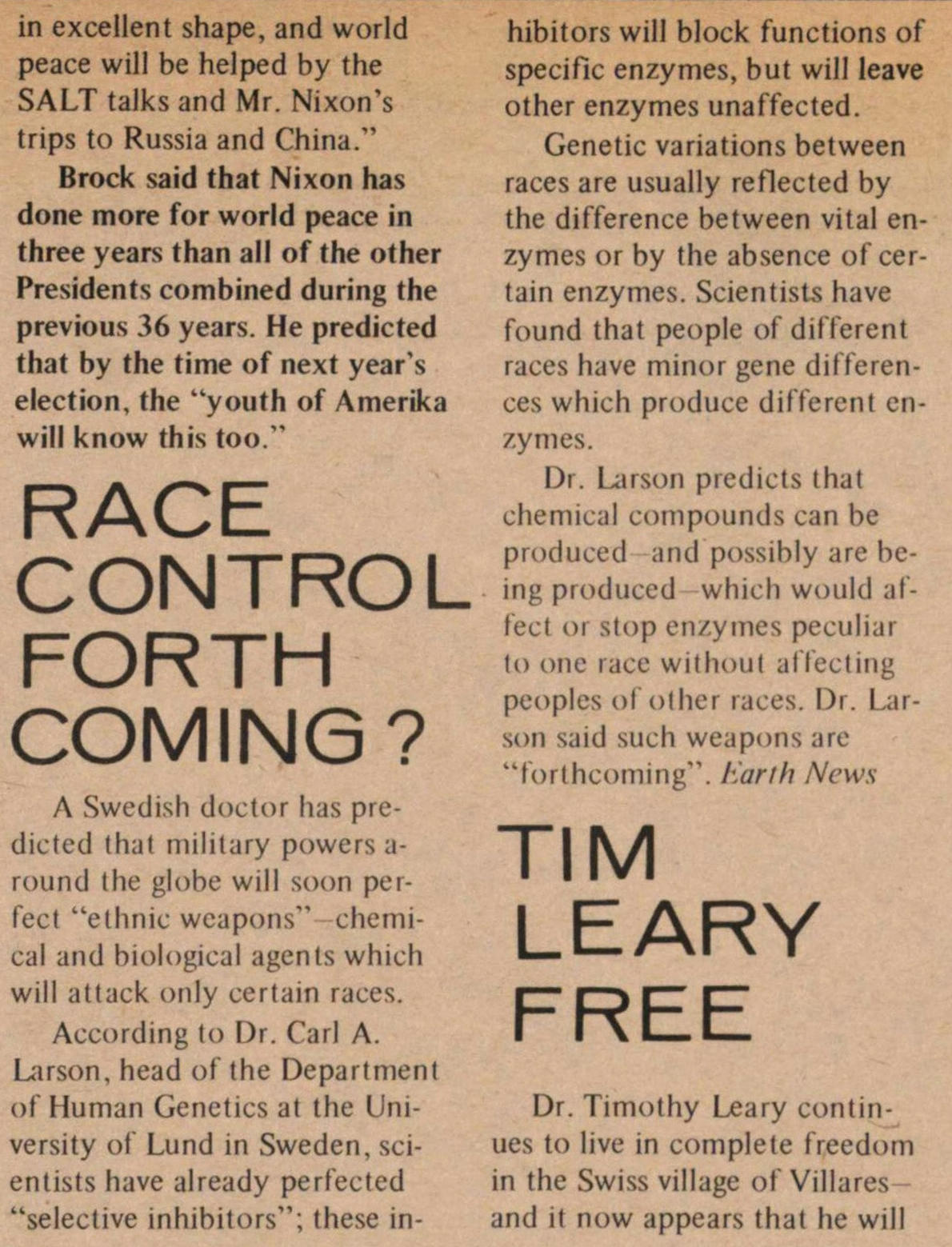 A Swedish doctor has predicted that military powers around the globe will soon perfect "ethnic weapons" chemical and biological agents which will attack only certain races.

According to Dr. Carl A. Larson, head of the Department of Human Genetics at the University of Lund in Sweden, scientists have already perfected "selective inhibitors"; these inhibitors will block functions of specific enzymes, but will leave other enzymes unaffected.

Genetic variations between races are usually reflected by the difference between vital enzymes or by the absence of certain enzymes. Scientists have found that people of different races have minor gene differences which produce different enzymes.

Dr. Larson predicts that chemical compounds can be produced and possibly are being produced which would affect or stop enzymes peculiar lo one race without affecting peoples of other races. Dr. Larson said such weapons are "forthcoming".