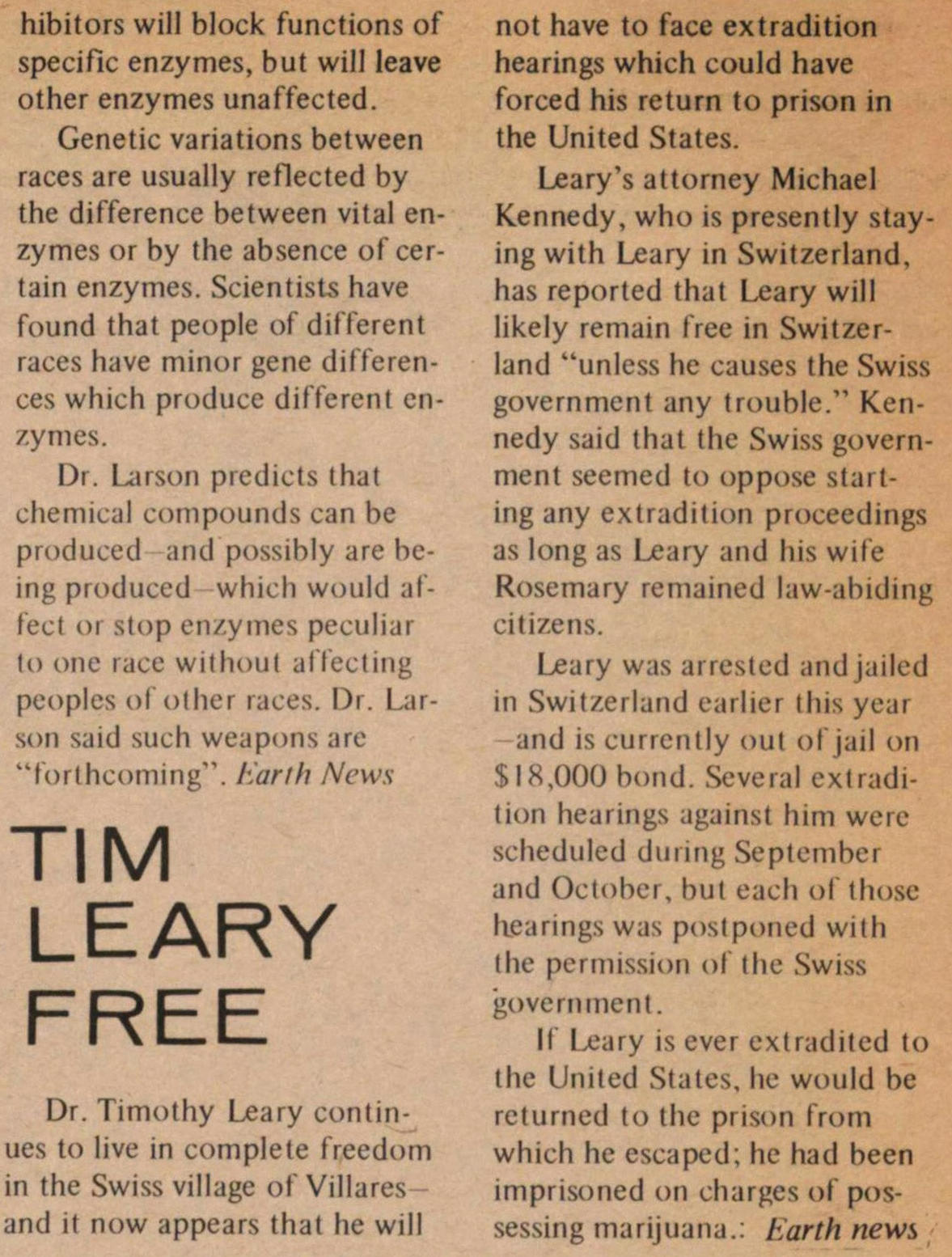 Dr. Timothy Leary continues to live in complete freedom in the Swiss village of Villares and it now appears that he will not have to face extradition hearings which could have forced his return to prison in the United States.

Leary was arrested and jailed in Switzerland earlier this year and is currently out of jail on $18,000 bond. Several extradition hearings against him were scheduled during September and October, but each of those hearings was postponed with the permission of the Swiss government.

If Leary is ever extradited lo the United States, he would be returned to the prison from which he escaped; he had been imprisoned on charges of possessing marijuana.