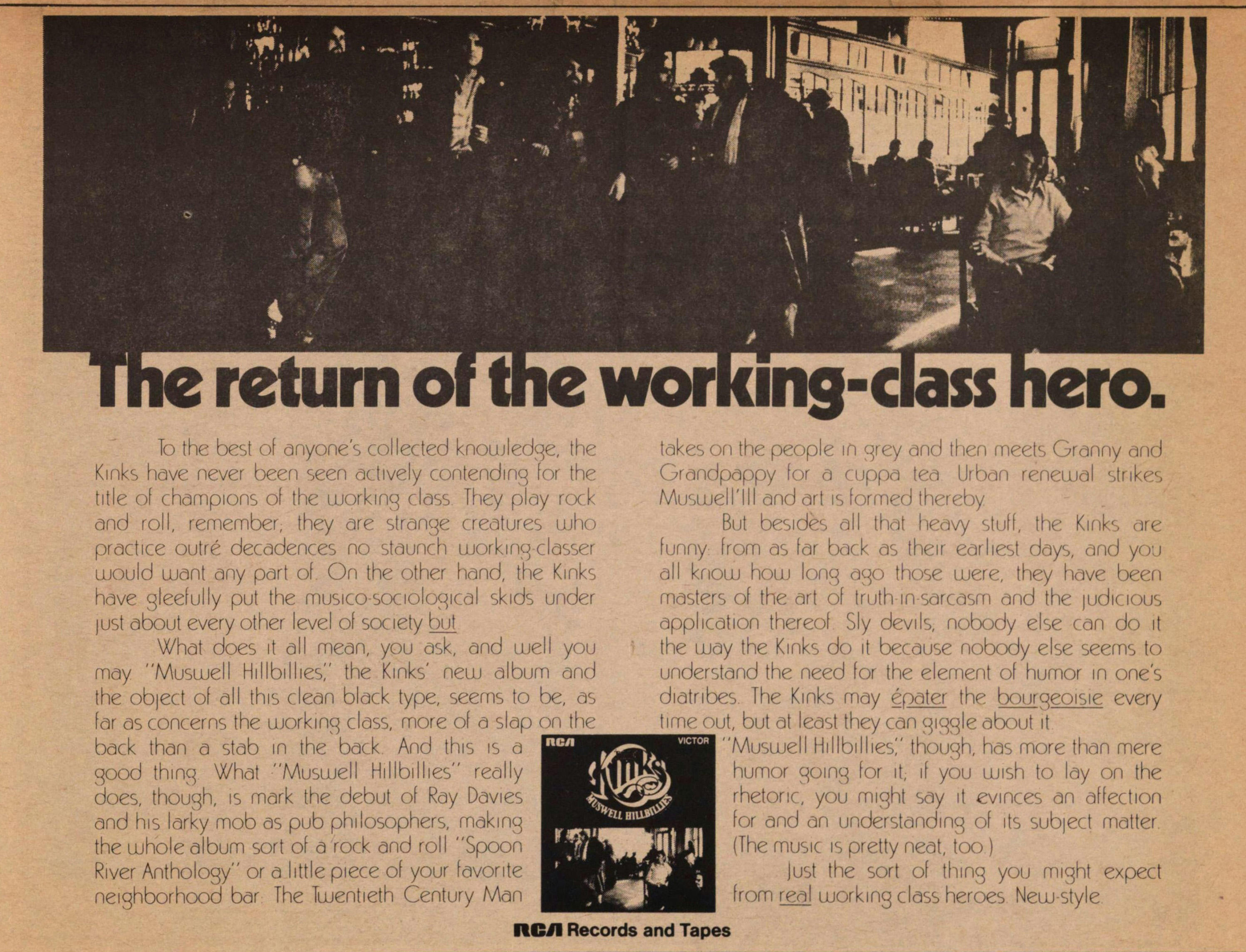 The return of the working-class hero.

To the best of anyone's collected knowledge, the Kinks have never been seen actively contending for the title of champions of the working class. They play rock and roll, remember, they are strange creatures, who practice outre decadences, no staunch working classer would want any part of. On the other hand, the Kinks have gleefully put the musico-sociological skids under just about every other level of society but...

What does it all mean, you ask, and well you may. "Muswell Hillbillies," the Kinks' new album and the object of all this clean black type, seems to be, as far as concerns the working class, more of a slap on the back than a stab in the back. And this is a good thing. What "Muswell Hillbillies" really does, though, is mark the debut of Ray Davies and his larky mob as pub philosphers, making the whole album sort of a rock and roll "Spoon River Anthology" or a little piece of your favorite neighborhood bar. The Twentieth Century Man takes on the people in grey and then meets Granny and Grandpappy for a cuppa tea. Urban renewal strikes Musell'lll and art is formed thereby.

But besides all that heavy stuff, the Kinks are funny from as far back as their earliest days, and you all know how long ago those were, they have been masters of the art of truth-in-sarcasm and the judicious application thereof. Sly devils, nobody else can do it the way the Kinks do it because nobody else seems to understand the need for the element of humor in one's diatribes. The Kinks may epater the bourgeoisie every time out, but at least they can giggle about it.

"Muswell Hillbillies," though, has more than mere humor going for it, if you wish to lay on the rhetoric, you might say it evinces an affection for and an understanding of its subject matter. (The music is pretty neat, too.)

Just the sort of thing you might expect from real working class heroes. New-style.