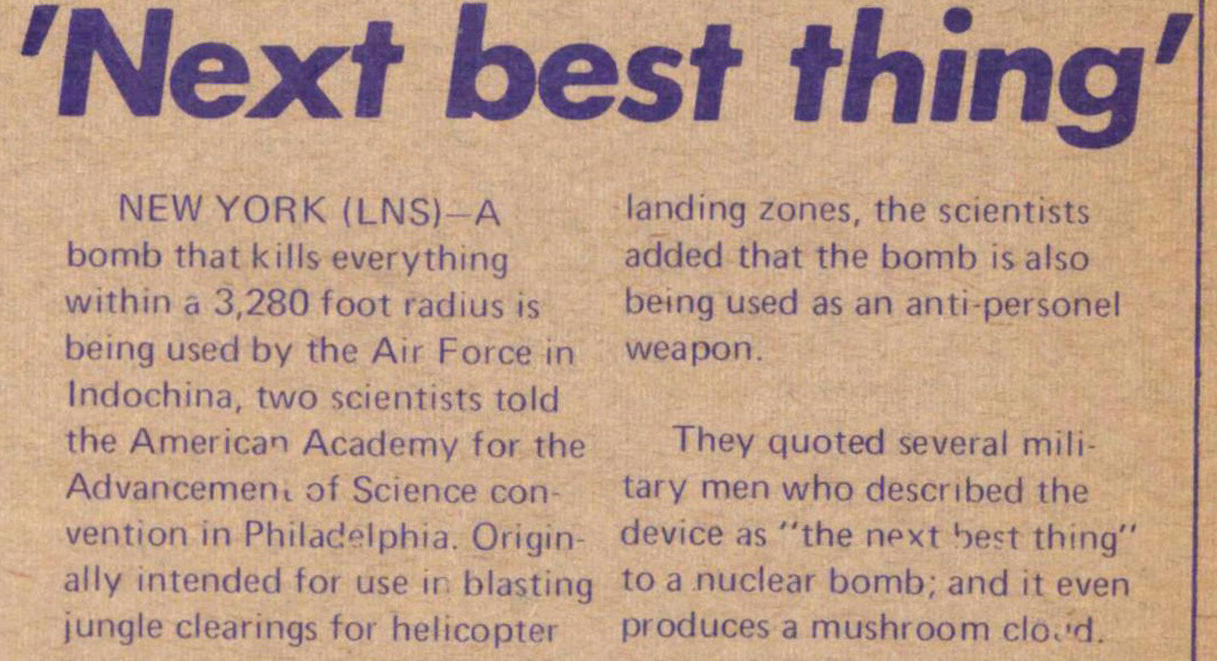 NEW YORK (LNS) - A bomb that kills everything within a 3,280 foot radius s being used by the Air Force in Indochina, two scientists told the American Academy for the Advancement of Science convention in Philadelphia. Originally intended for use in blasting jungle clearings for helicopter landing zones, the scientists added that the bomb is also being used as an anti-personel weapon.

They quoted several military men who described the device as "the next best thing" to a nuclear bomb; and it even produces a mushroom cloud.