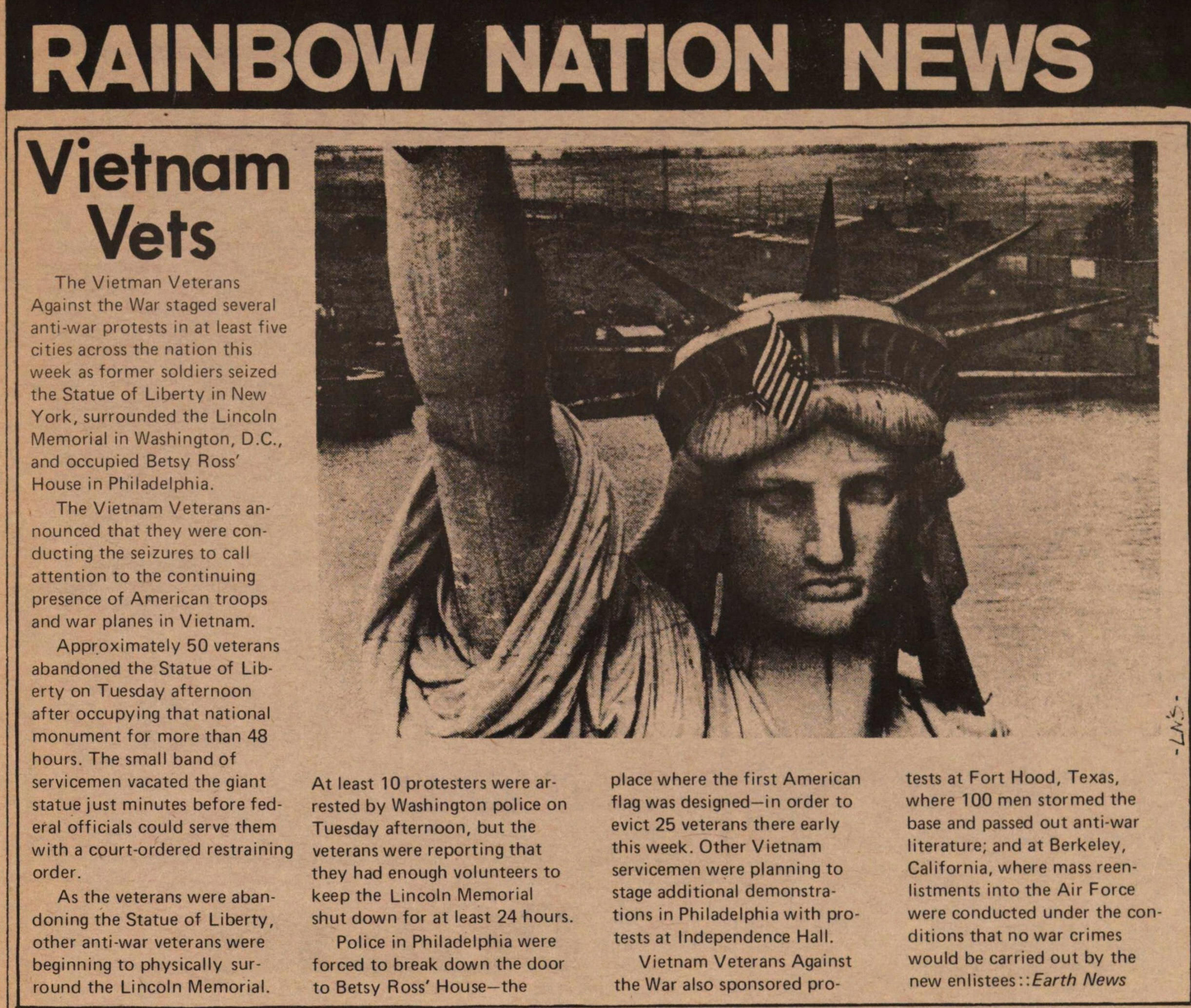 The Vietman Veterans Against the War staged several anti-war protests in at least five cities across the nation this week as former soldiers seized the Statue of Liberty in New York, surrounded the Lincoln Memorial in Washington, D.C., and occupied Betsy Ross' House in Philadelphia.

The Vietnam Veterans announced that they were conducting the seizures to call attention to the continuing presence of American troops and war planes in Vietnam.

Approximately 50 veterans abandoned the Statue of Liberty on Tuesday afternoon after occupying that national monument for more than 48 hours. The small band of servicemen vacated the giant statue just minutes before federal officials could serve them with a court-ordered restraining order.

Police in Philadelphia were forced to break down the door to Betsy Ross' House - the place where the first American flag was designed - in order to evict 25 veterans there early this week. Other Vietnam servicemen were planning to stage additional demonstrations in Philadelphia with protests at Independence Hall.

Vietnam Veterans Against the War also sponsored protests at Fort Hood, Texas, where 100 men stormed the base and passed out anti-war literature; and at Berkeley, California, where mass reenlistments into the Air Force were conducted under the conditions that no war crimes would be carried out by the new enlistees - Earth News