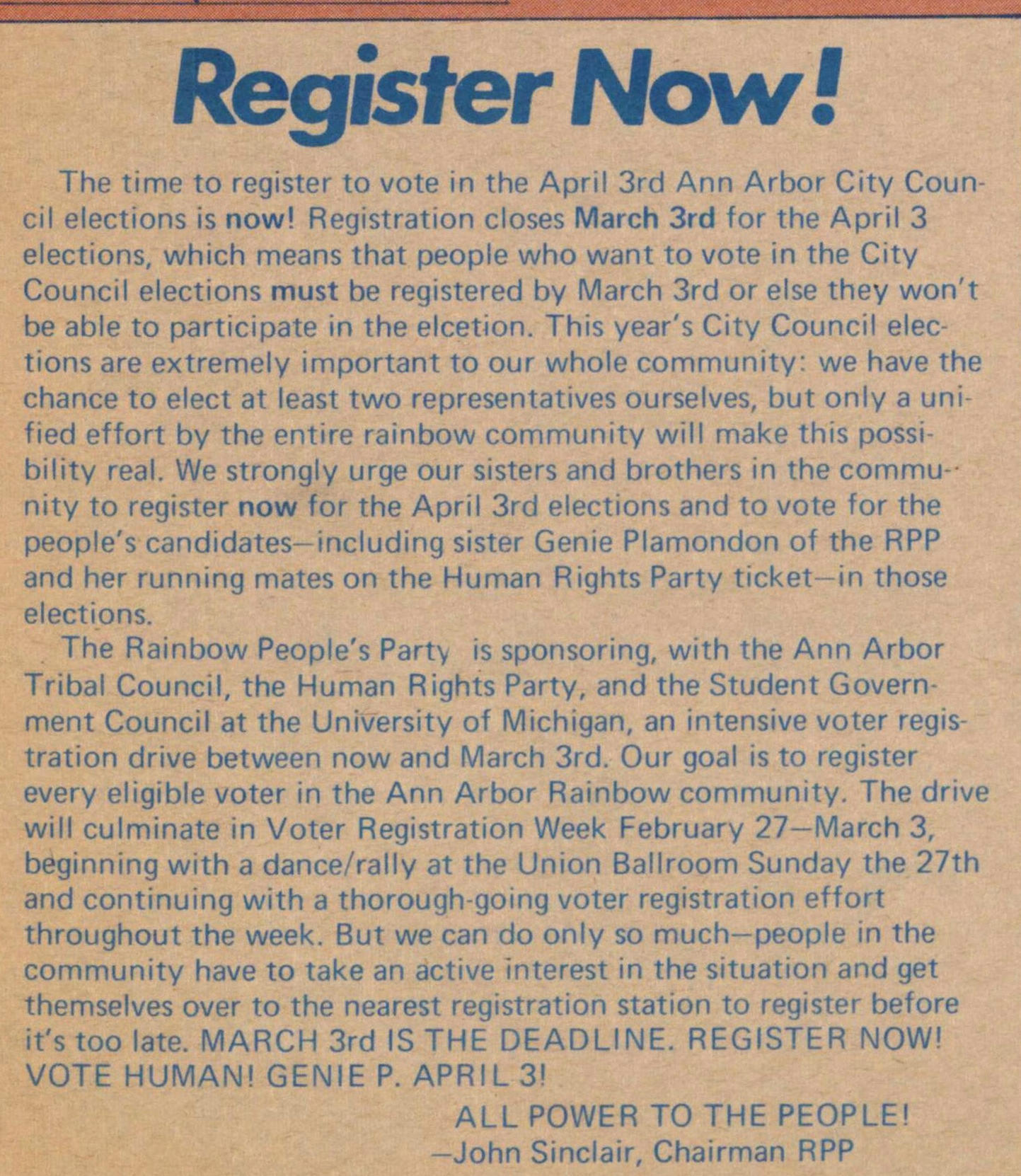 The time to register to vote in the April 3rd Ann Arbor City Councit elections is now! Registration doses March 3rd for the April 3 elections, which means that people who want to vote in the City Council elections must be registered by March 3rd or else they won't be able to particípate in the elcetion. This year's City Council elections are extremely important to our whole community: we have the chance to elect at least two representaties ourselves, but only a unified effort by the entire rainbow community will make this possibility real. We strongly urge our sisters and brothers in the community to register now for the April 3rd elections and to vote for the people's candidates- including sister Genie Plamondon of the RPP and her running mates on the Human Rights Party ticket-in those elections. The Rainbow People's Partv is sponsoring, with the Ann Arbor Tribal Council, the Human Rights Party, and the Student Government Council at the University of Michigan, an intensive voter registration drive between now and March 3rd. Our goal is to register every eligible voter in the Ann Arbor Rainbow community. The drive will culminate in Voter Registration Week February 27-March 3, beginning with a dancerally at the Union Ballroom Sunday the 27th and continuing with a thorough-going voter registration effort throughout the week. But we can do only so much- people in the community have to take an active interest in the situation and get themselves over to the nearest registration station to register before it's too late. MARCH 3rd IS THE DEADLINE. REGISTER NOW! VOTE HUMAN! GENIE P. APRIL 3! ALL POWER TO THE PEOPLE!