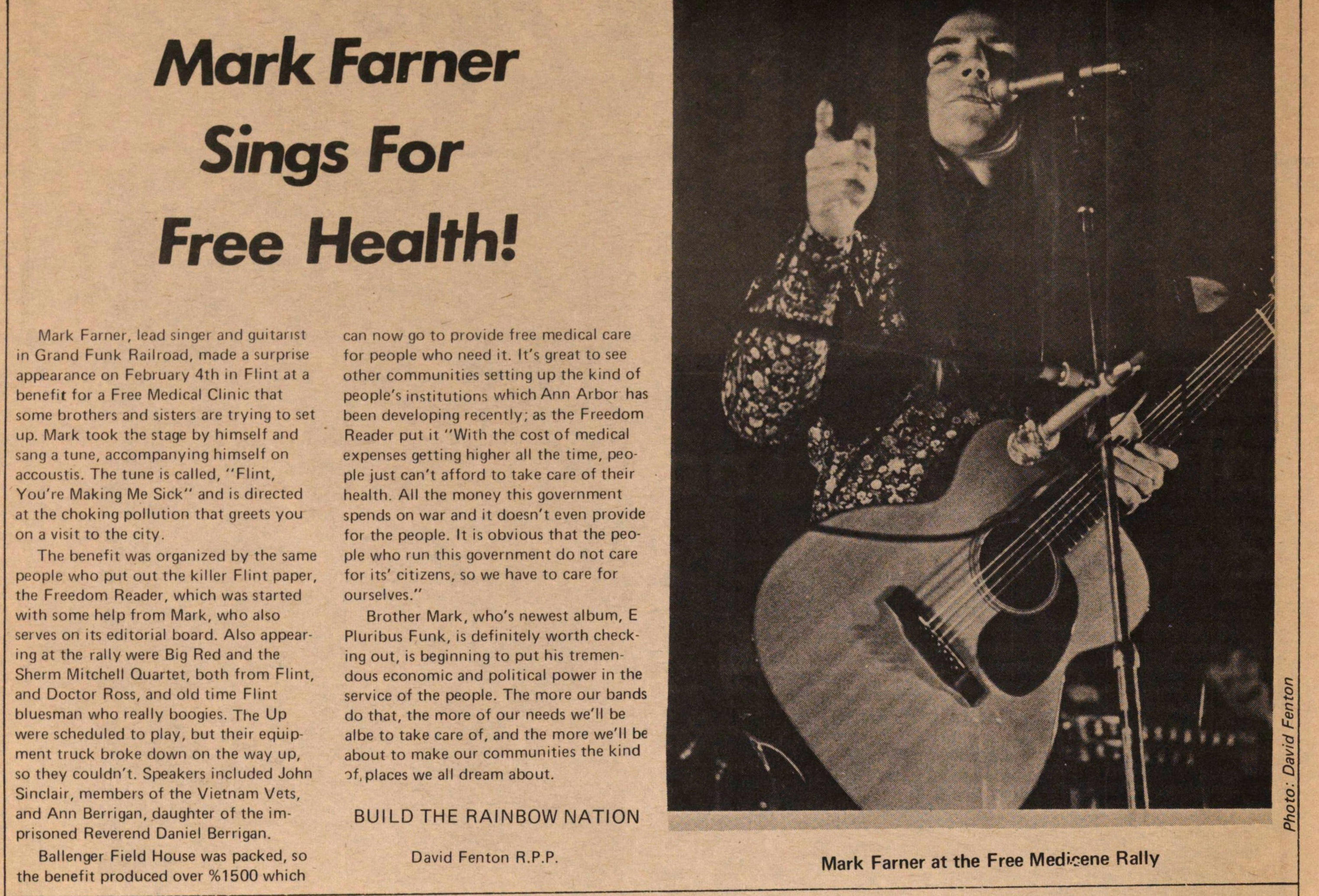 Mark Farner, lead singer and guitanst in Grand Funk Railroad, made a surprise appearance on February 4th in Flint at a benefit for a Free Medical Clinic that some brothers and sisters are trying to set up. Mark took the stage by himself and sang a tune, accompanying himself on accoustis. The tune is called, "Flint, You're Making Me Sick" and is directed at the choking pollution that greets you on a visit to the city. The benefit was organized by the same people who put out the killer Flint paper, the Freedom Reader, which was started with some help from Mark, who also serves on its editorial board. Also appearing at the rally were Big Red and the Sherm Mitchell Quartet, both from Flint, and Doctor Ross, and old time Flint bluesman who really boogies. The Up were scheduled to play, but their eqüipment truck broke down on the way up, so they couldn't. Speakers included John Sinclair, members of the Vietnam Vets, and Ann Berrigan, daughter of the mprisoned Reverend Daniel Berrigan. Ballenger Field House was packed, so the benefit produced over %1500 which can now go to provide free medical care for people who need t. It's great to see other communities setting up the kind of people's institutions which Ann Arbor has been developing recently; as the Freedom Reader put it "With the cost of medical expenses getting higher all the time, people just can't afford to take care of their health. All the money this government spends on war and it doesn't even provide for the people. It is obvious that the people who run this government do not care for its' citizens, so we have to care for ourselves." Brother Mark, who's newest album, E Pluribus Funk, is definitely worth checking out, is beginning to put his tremendous economie and political power in the service of the people. The more our bands do that, the more of our needs we'll be albe to take care of, and the more we'll be about to make our communities the kind of, places we all dream about. BUILD THE RAINBOW NATION