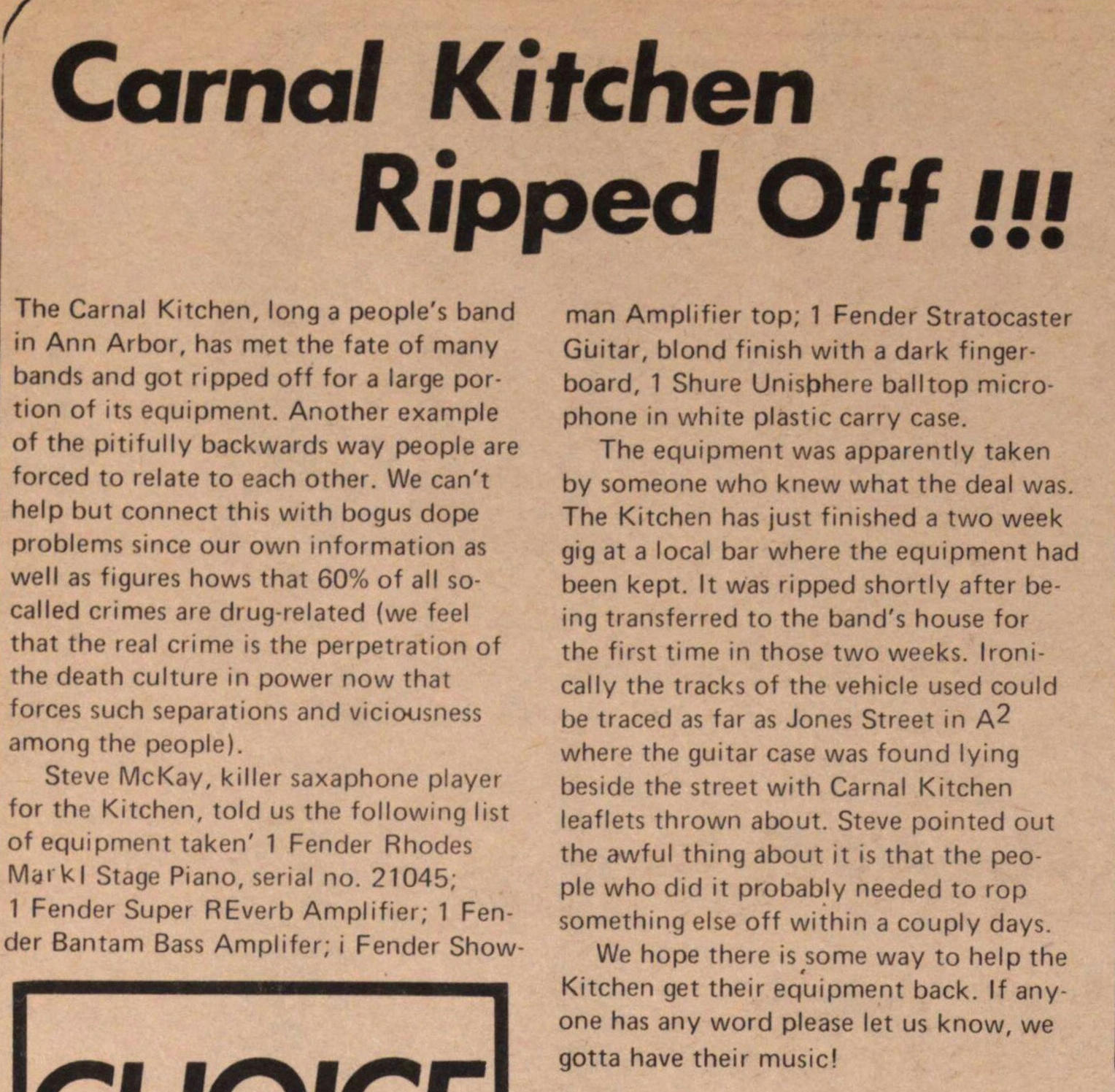 The Carnal Kitchen, long a people's band in Ann Arbor, has met the fate of many bands and got ripped off for a large portion of its equipment. Another example of the pitifully backwards way people are forced to relate to each other. We can't help but connect this with bogus dope problems since our own nformation as well as figures hows that 60% of all socalled crimes are drug-related (we feel that the real crime is the perpetration of the death culture in power now that forces such separations and viciousness among the people). Steve McKay, killer saxaphone player for the Kitchen, told us the following list of equipment taken' 1 Fender Rhodes Maikl Stage Piano, serial no. 21045; 1 Fender Super REverb Amplifier; 1 Fender Bantam Bass Amplifer; i Fender man Amplifier top; 1 Fender Stratocaster Güitar, blond finish with a dark fingerboard, 1 Shure Unisbhere balltop microphone in white plastic carry case. The equipment was apparently taken by someone who knew what the deal was. The Kitchen has just finished a two week gig at a local bar where the equipment had been kept. It was ripped shortly after being transferred to the band's house for the first time in those two weeks. Ironically the tracks of the vehicle used could be traced as far as Jones Street in A where the guitar case was found lying beside the street with Carnal Kitchen leaflets thrown about. Steve pointed out the awful thing about it is that the peopie who did it probably needed to rop something else off within a couply days. We hope there is some way to help the Kitchen get their equipment back. If any one has any word please let us know, we gotta have their music!