A recent article n the Journal of the Am... 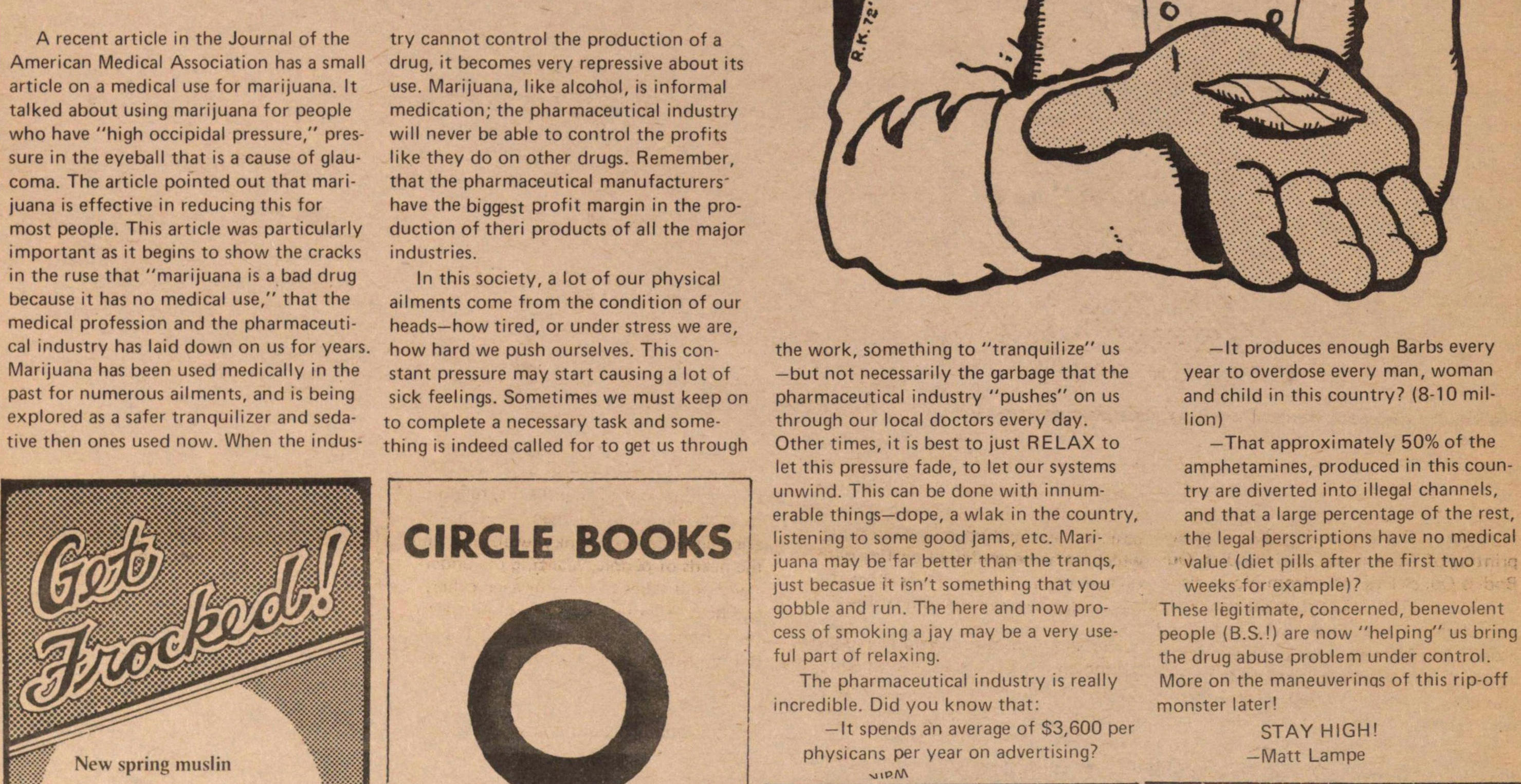 A recent article in the Journal of the American Medical Association has a small article on a medical use for marijuana. It talked about using marijuana for people who have "high occipidal pressure," pressure in the eyeball that is a cause of glaucoma. The article pointed out that marijuana is effective in reducing this for most people. This article was particularly important as it begins to show the cracks in the ruse that "marijuana is a bad drug because it has no medical use," that the medical profession and the pharmaceutical industry has laid down on us for years. Marijuana has been used medically in the past for numerous ailments, and is being explored as a safer tranquilizer and sedative then ones used now. When the industry cannot control the production of a drug, it becomes very repressive about its use. Marijuana, like alcohol, is informal medication; the pharmaceutical industry will never be able to control the profits like they do on other drugs. Remember, that the pharmaceutical manufacturers have the biggest profit margin in the production of theri products of all the major industries.

In this society, a lot of our physical ailments come from the condition of our heads - how tired, or under stress we are, how hard we push ourselves. This constant pressure may start causing a lot of sick feelings. Sometimes we must keep on to complete a necessary task and something is indeed called for to get us through the work, something to "tranquilize" us - but not necessarily the garbage that the pharmaceutical industry "pushes" on us through our local doctors every day. Other times, it is best to just RELAX to let this pressure fade, to let our systems unwind. This can be done with innumerable things- dope, a wlak in the country, listening to some good jams, etc. Marijuana may be far better than the tranqs, just becasue it isn't something that you gobble and run. The here and now process of smoking a jay may be a very useful part of relaxing.

The pharmaceutical industry is really incredible. Did you know that:

- It spends an average of $3,600 per physicans per year on advertising?

- It produces enough Barbs every year to overdose every man, woman and child in this country? (8-10 million)

- That approximately 50% of the amphetamines, produced in this country are diverted into iIlegal channels, and that a large percentage of the rest, the legal perscriptions have no medical value (diet pills after the first two weeks for example)?

These legitimate, concerned, benevolent people (B.S.!) are now "helping" us bring the drug abuse problem under control. More on the maneuverings of this rip-off monster later!