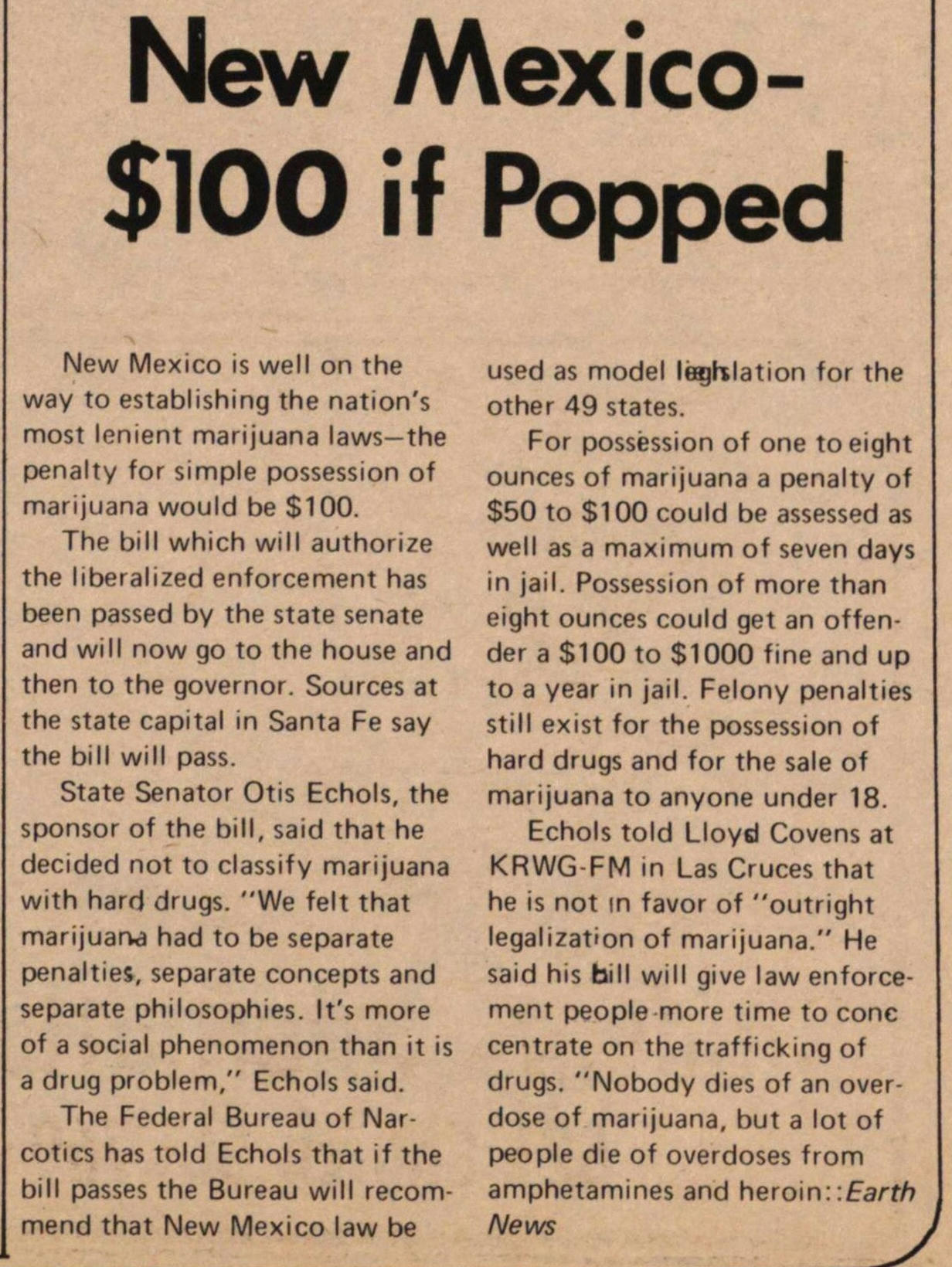 New Mexico is well on the way to establishing the nation's most lenient marijuana laws- the penalty for simple possession of marijuana would be $100. The bill which will authorize the liberalized enforcement has been passed by the state senate and will now go to the house and then to the governor. Sources at the state capital in Santa Fe say the bill will pass. State Senator Otis Echols, the sponsor of the bill, said that he decided not to classify marijuana with hard drugs. "We feit that marijuarw had to be separate penalties, separate concepts and separate philosophies. It's more of a social phenomenon than it is a drug problem," Echols said. The Federal Bureau of Narcotics has told Echols that if the bill passes the Bureau will recommend that New Mexico law be used as model lèsjhlation for the other 49 states. For possëssion of one toeight ounces of marijuana a penalty of $50 to $100 could be assessed as well as a maximum of seven days in jail. Possëssion of more than eight ounces could get an offender a $100 to $1000 fine and up to a year in jail. Felony penalties still exist for the possëssion of hard drugs and for the sale of marijuana to anyone under 18. Echols told Lloyd Covens at KRWGFM in Las Cruces that he is not in favor of "outright legalizaron of marijuana." He said his bill will give law enforcement people more time to conc céntrate on the trafficking of drugs. "Nobody dies of an overdose of marijuana, but a lot of people die of overdoses from