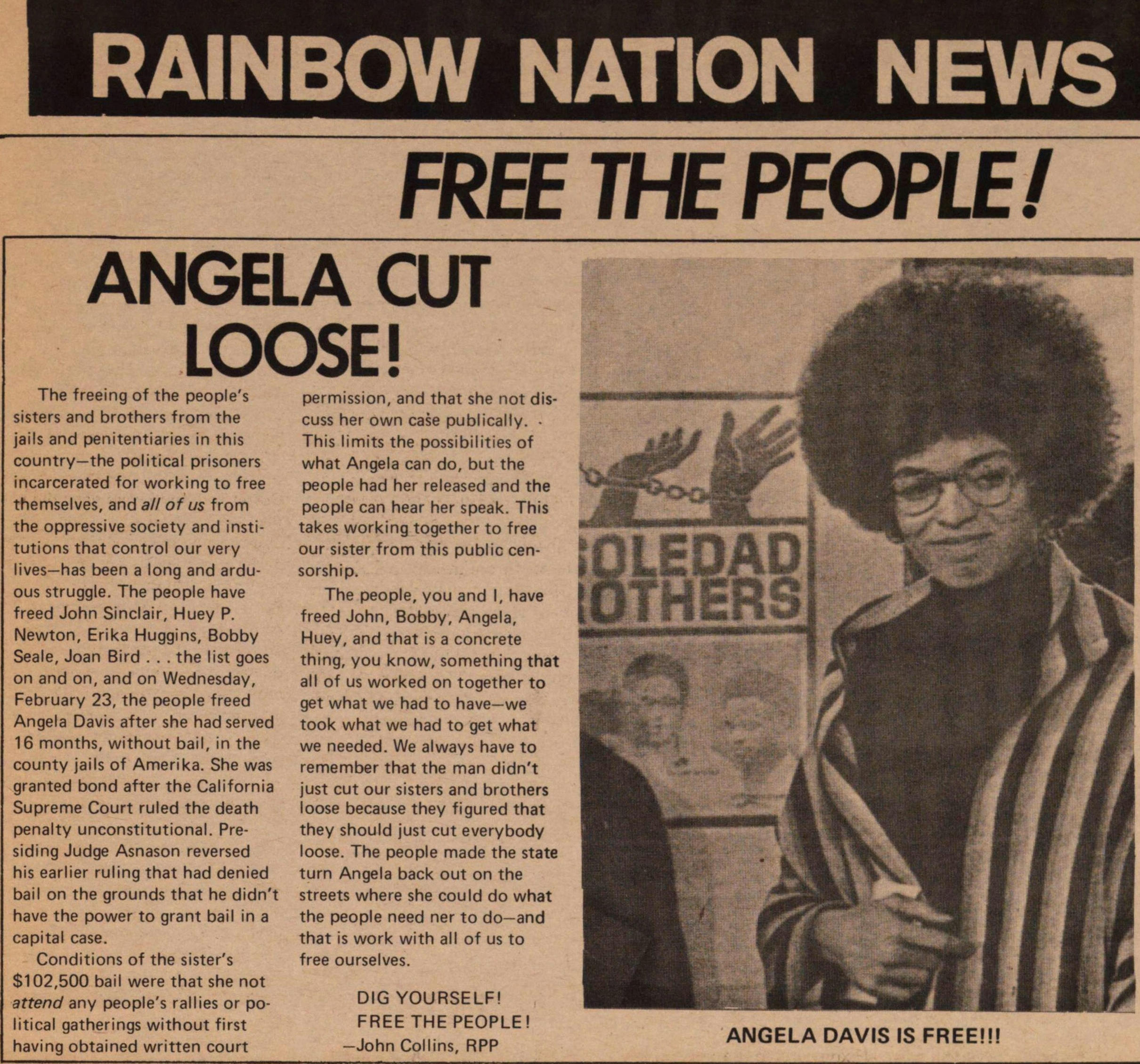 The freeing of the people's sisters and brothers from the jails and penitentiaries in this country -- the political prisoners incarcerated for working to free themselves, and all of us from the oppressive society and institutions that control our very lives -- has been a long and arduous struggle. The people have freed John Sinclair, Huey P. Newton, Erika Huggins, Bobby Seale, Joan Bird ... the list goes on and on, and on Wednesday, February 23, the people freed Angela Davis after she had served 16 months, without bail, in the county jails of Amerika. She was granted bond after the California Supreme Court ruled the death penalty unconstitutional. Presiding Judge Asnason reversed his earlier ruling that had denied bail on the grounds that he didn't have the power to grant bail in a capital case.

Conditions of the sister's $102,500 bail were that she not attend any people's rallies or political gatherings without first having obtained written court permission, and that she not discuss her own case publicly. This limits the possibilities of what Angela can do, but the people had her released and the people can hear her speak. This takes working together to free our sister from this public censorship.

The people, you and I, have freed John, Bobby, Angela, Huey, and that is a concrete thing, you know, something that all of us worked on together to get what we had to have -- we took what we had to get what we needed. We always have to remember that the man didn't just cut our sisters and brothers loose because they figured that they should just cut everybody loose. The people made the state turn Angela back out on the streets where she could do what the people need her to do -- and that is work with all of us to free ourselves.

DIG YOURSELF! FREE THE PEOPLE!