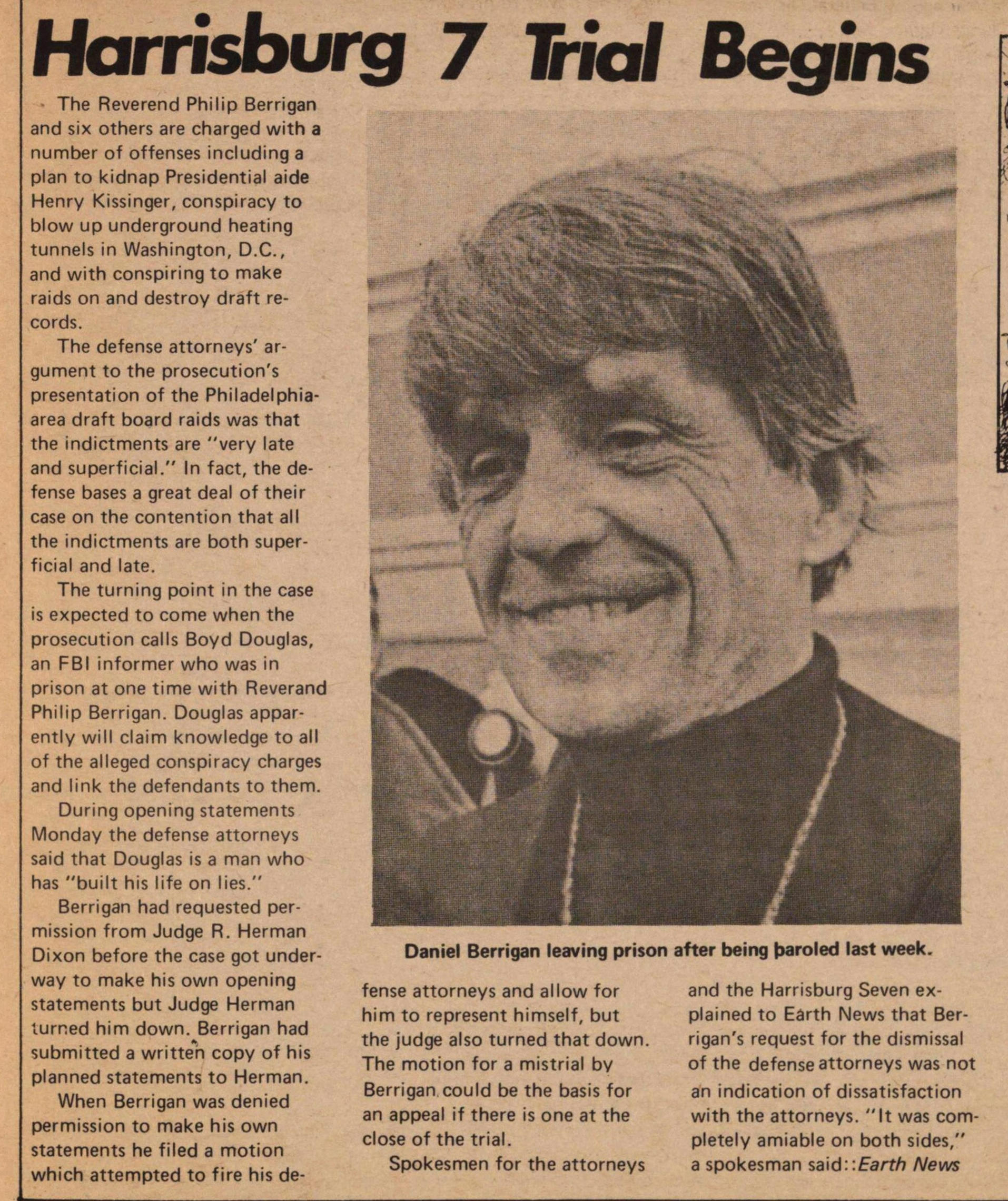 The Reverend Philip Berrigan and six others are charged with a number of offenses including a plan to kidnap Presidential aide Henry Kissinger, conspiracy to blow up underground heating tunnels in Washington, D.C. , and with conspiring to make raids on and destroy draft records.

The turning point in the case is expected to come when the prosecution calls Boyd Douglas, an FBI informer who was in prison at one time with Reverend Philip Berrigan. Douglas apparently will claim knowledge to all of the alleged conspiracy charges and link the defendants to them.

During opening statements Monday the defense attorneys said that Douglas is a man who has "built his life on lies."

Berrigan had requested permission from Judge R. Herman Dixon before the case got underway to make his own opening statements but Judge Herman turned him down. Berrigan had submitted a written copy of his planned statements to Herman.

When Berrigan was denied permission to make his own statements he filed a motion which attempted to fire his defense attorneys and allow for him to represent himself, but the judge also turned that down. The motion for a mistrial by Berrigan could be the basis for an appeal if there is one at the close of the trial.

Spokesmen for the attorneys and the Harrisburg Seven explained to Earth News that Berrigan's request for the dismissal of the defense attorneys was not an indication of dissatisfaction with the attorneys. "It was completely amiable on both sides," a spokesman said :: Earth News