Nixon's Satellite To Scope Out Dope! 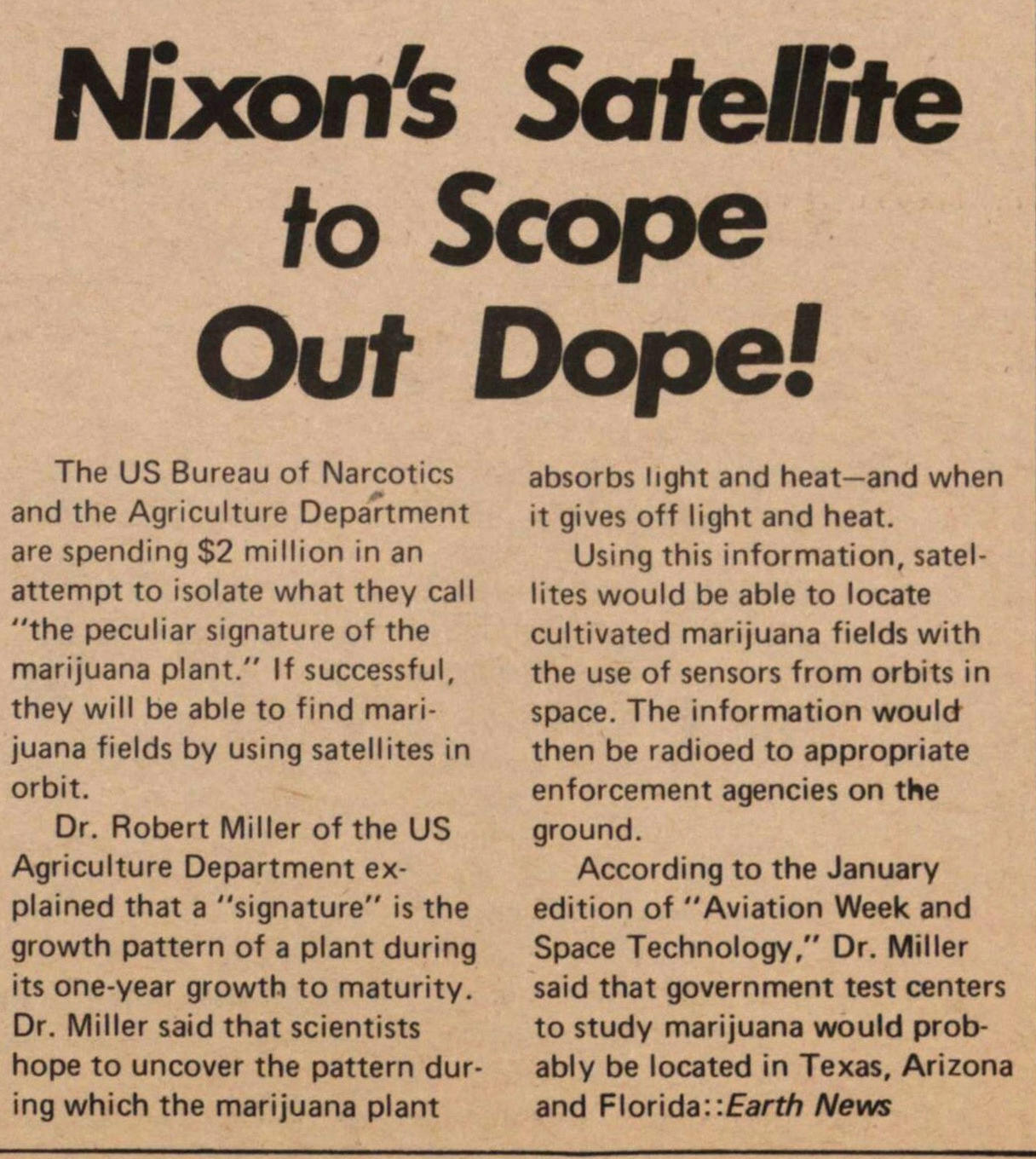 Nixon's Satellite to Scope Out Dope!

The US Bureau of Narcotics and the Agriculture Department are spending $2 million in an attempt to isolate what they call "the peculiar signature of the marijuana plant." If successful, they will be able to find marijuana fields by using satellites in orbit.

Dr. Robert Miller of the US Agriculture Department explained that a "signature" is the growth pattern of a plant during its one-year growth to maturity. Dr. Miller said that scientists hope to uncover the pattern during which the marijuana plant absorbs light and heat -- and when it gives off light and heat.

Using this information, satellites would be able to locate cultivated marijuana fields with the use of sensors from orbits in space. The information would then be radioed to appropriate enforcement agencies on the ground.

According to the January edition of "Aviation Week and Space Technology," Dr. Miller said that government test centers to study marijuana would probably be located in Texas, Arizona and Florida :: Earth News