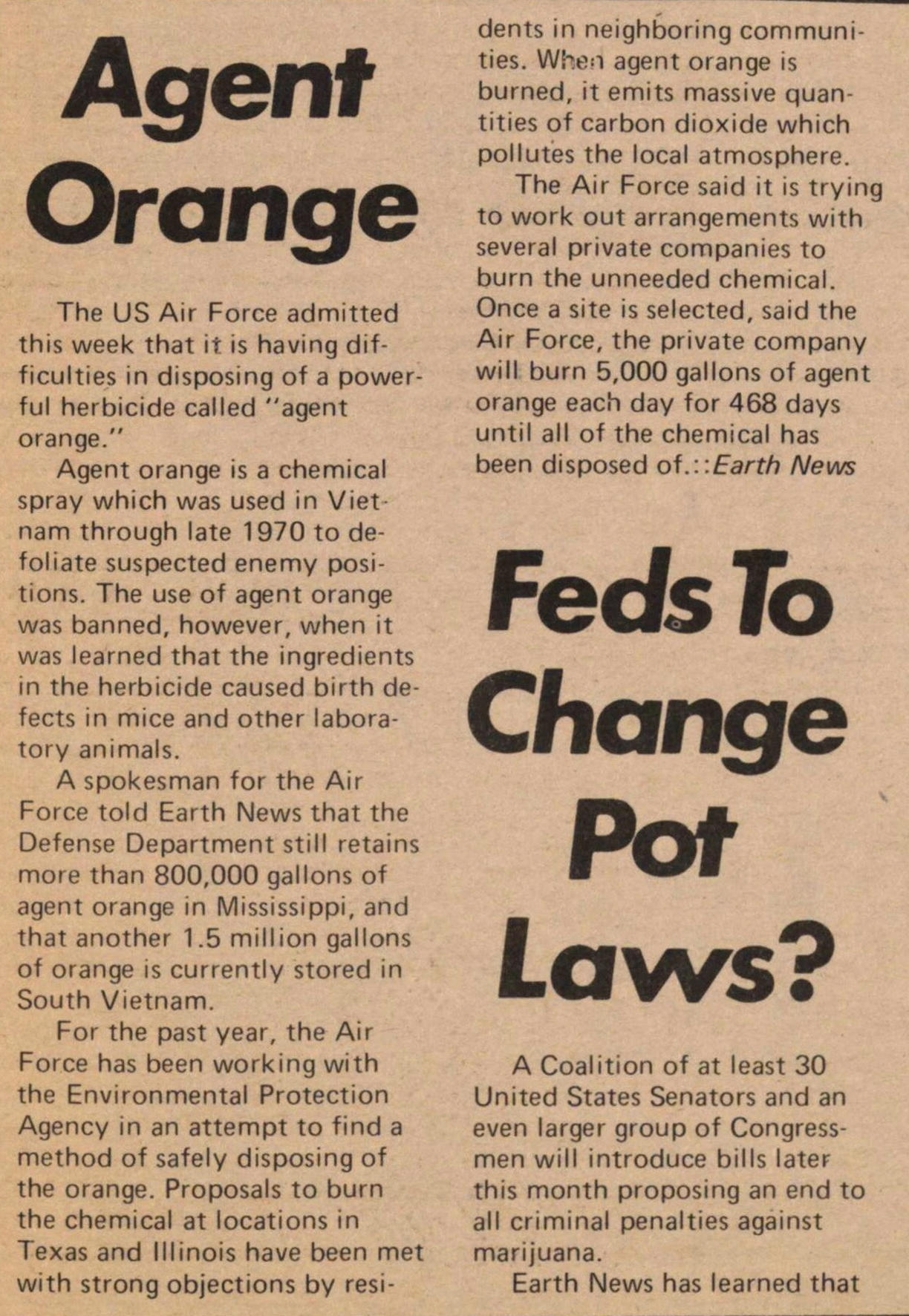 The US Air Force admitted this week that it is having difficulties in disposing of a powerful herbicide called "agent orange."

Agent orange is a chemical spray which was used in Vietnam through late 1970 to defoliate suspected enemy positions. The use of agent orange was banned, however, when it was learned that the ingredients in the herbicide caused birth defects in mice and other laboratory animals.

A spokesman for the Air Force told Earth News that the Defense Department still retains more than 800,000 gallons of agent orange in Mississippi, and that another 1.5 million gallons of orange is currently stored in South Vietnam.

For the past year, the Air Force has been working with the Environmental Protection Agency in an attempt to find a method of safely disposing of the orange. Proposals to burn the chemical at locations in Texas and Illinois have been met with strong objections by residents in neighboring communities. When agent orange is burned, it emits massive quantities of carbon dioxide which pollutes the local atmosphere.

The Air Force said it is trying to work out arrangements with several private companies to burn the unneeded chemical. Once a site is selected, said the Air Force, the private company will burn 5,000 gallons of agent orange each day for 468 days until all of the chemical has been disposed of.: Earth News