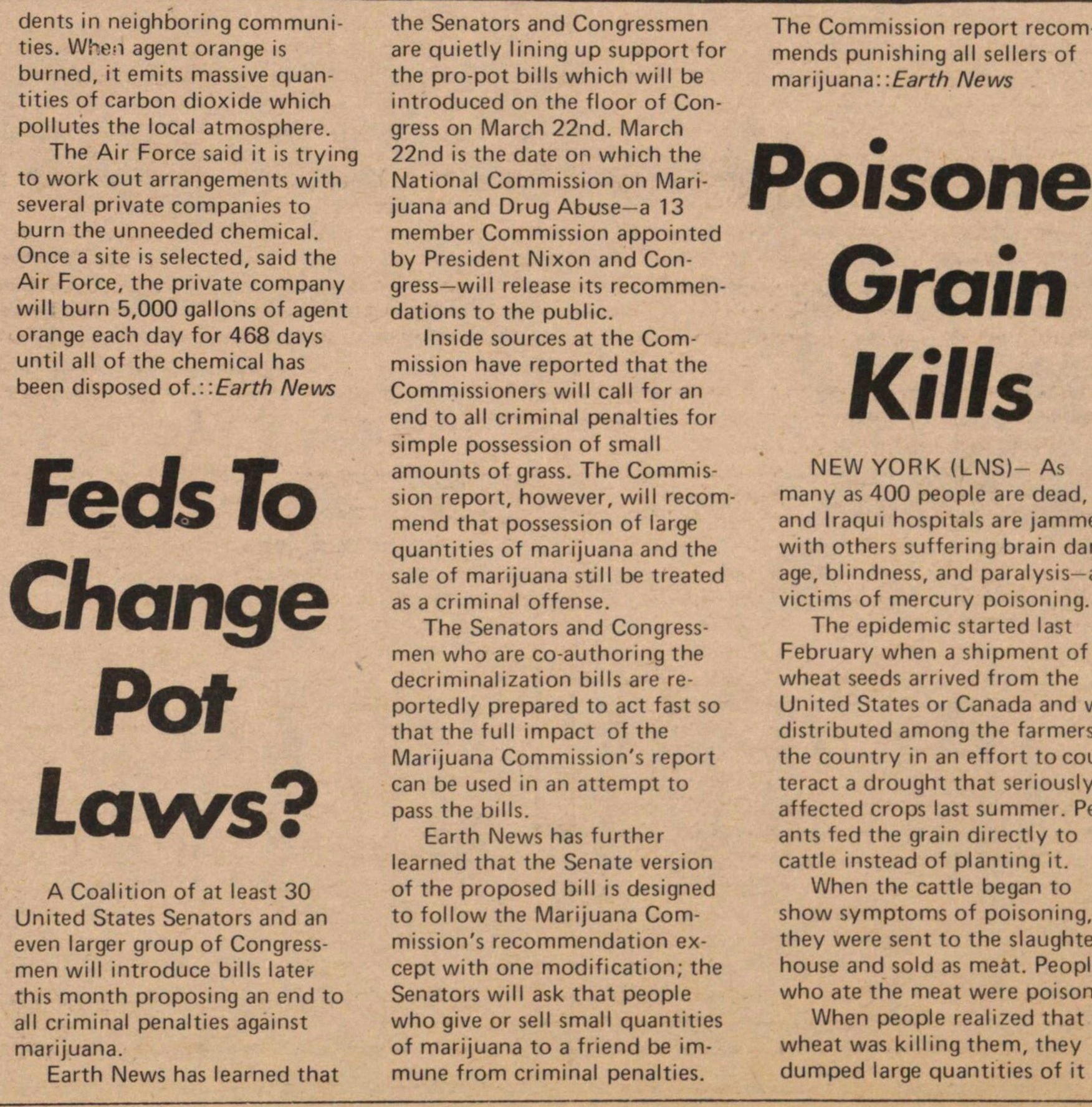 A Coalition of at least 30 United States Senators and an even larger group of Congressmen will introduce bills later this month proposing an end to all criminal penalties against marijuana.

Earth News has learned that the Senators and Congressmen are quietly lining up support for the pro-pot bills which will be introduced on the floor of Congress on March 22nd. March 22nd is the date on which the National Commission on Marijuana and Drug Abuse- a 13 member Commission appointed by President Nixon and Congress- will release its recommendations to the public.

Inside sources at the Commission have reported that the Commissioners will call for an end to all criminal penalties for simple possession of small amounts of grass. The Commission report, however, will recommend that possession of large quantities of marijuana and the sale of marijuana still be treated as a criminal offense. The Senators and Congressmen who are co-authoring the decriminalization bills are reportedly prepared to act fast so that the full impact of the Marijuana Commission's report can be used in an attempt to pass the bills.

Earth News has further learned that the Senate version of the proposed bill is designed to follow the Marijuana Commission's recommendation except with one modification; the Senators will ask that people who give or sell small quantities of marijuana to a friend be immune from criminal penalties. The Commission report recommends punishing all sellers of marijuana::Earth News