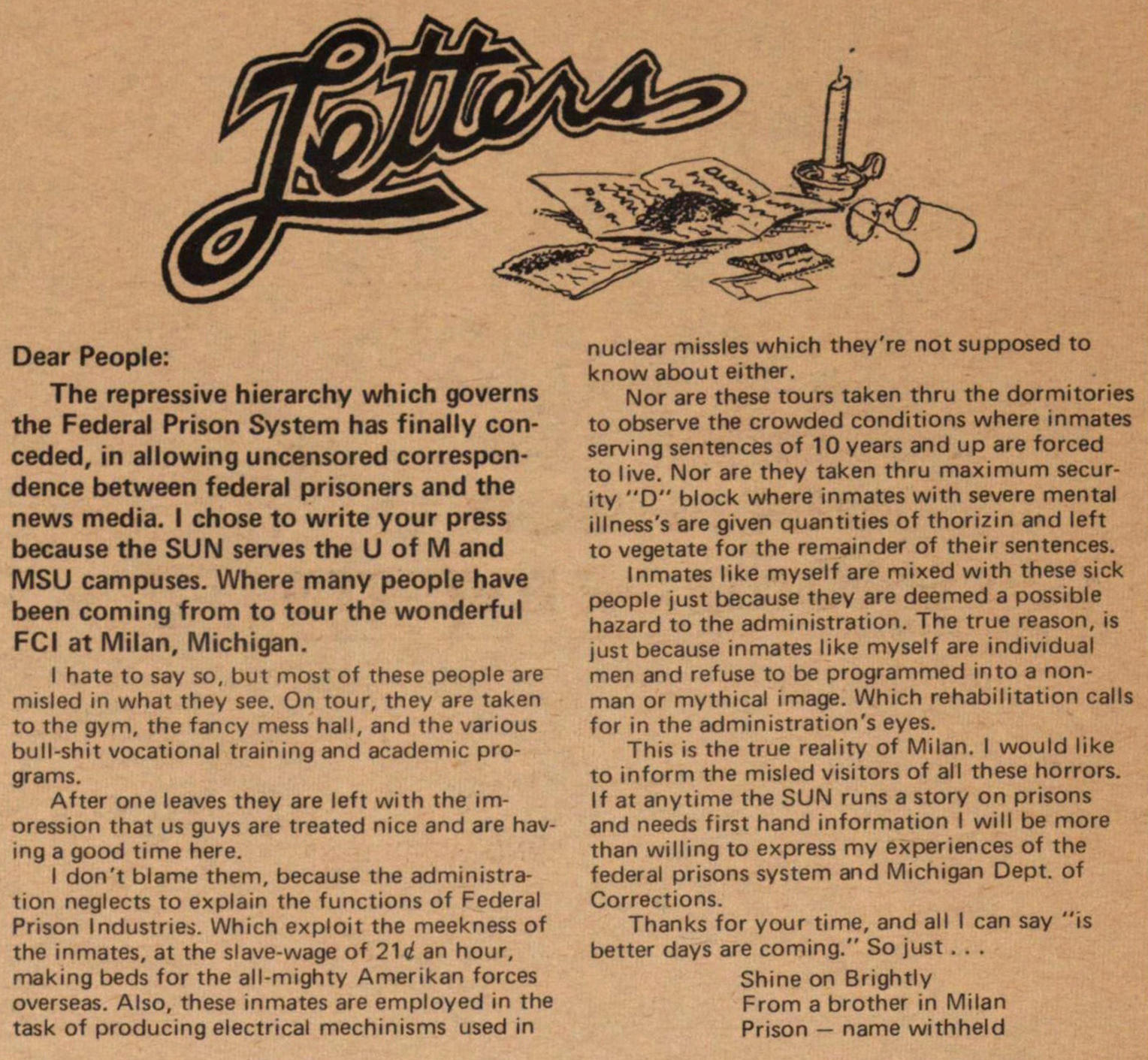 The repressive hierarchy which governs the Federal Prison System has finally conceded, in allowing uncensored correspondence between federal prisoners and the news media. I chose to write your press because the SUN serves the U of M and MSU campuses. Where many people have been coming from to tour the wonderful FCI at Milan, Michigan.

I hate to say so, but most of these people are misled in what they see. On tour, they are taken to the gym, the fancy mess hall, and the various bull-shit vocational training and academic programs.

After one leaves they are left with the impression that us guys are treated nice and are having a good time here.

I don't blame them, because the administration neglects to explain the functions of Federal Prison Industries. Which exploit the meekness of the inmates, at the slave-wage of 21 cents an hour, making beds for the all-mighty Amerikan forces overseas. Also, these inmates are employed in the task of producing electrical mechanisms used in nuclear missiles which they're not supposed to know about either.

Nor are these tours taken thru the dormitories to observe the crowded conditions where inmates serving sentences of 10 years and up are forced to live. Nor are they taken thru maximum security "D" block where inmates with severe mental illnesses are given quantities of thorizin and left to vegetate for the remainder of their sentences.

This is the true reality of Milan. I would like to inform the misled visitors of all these horrors. If at anytime the SUN runs a story on prisons and needs first hand information I will be more than willing to express my experiences of the federal prisons system and Michigan Dept. of Corrections.

Shine on Brightly From a brother in Milan Prison - name withheld