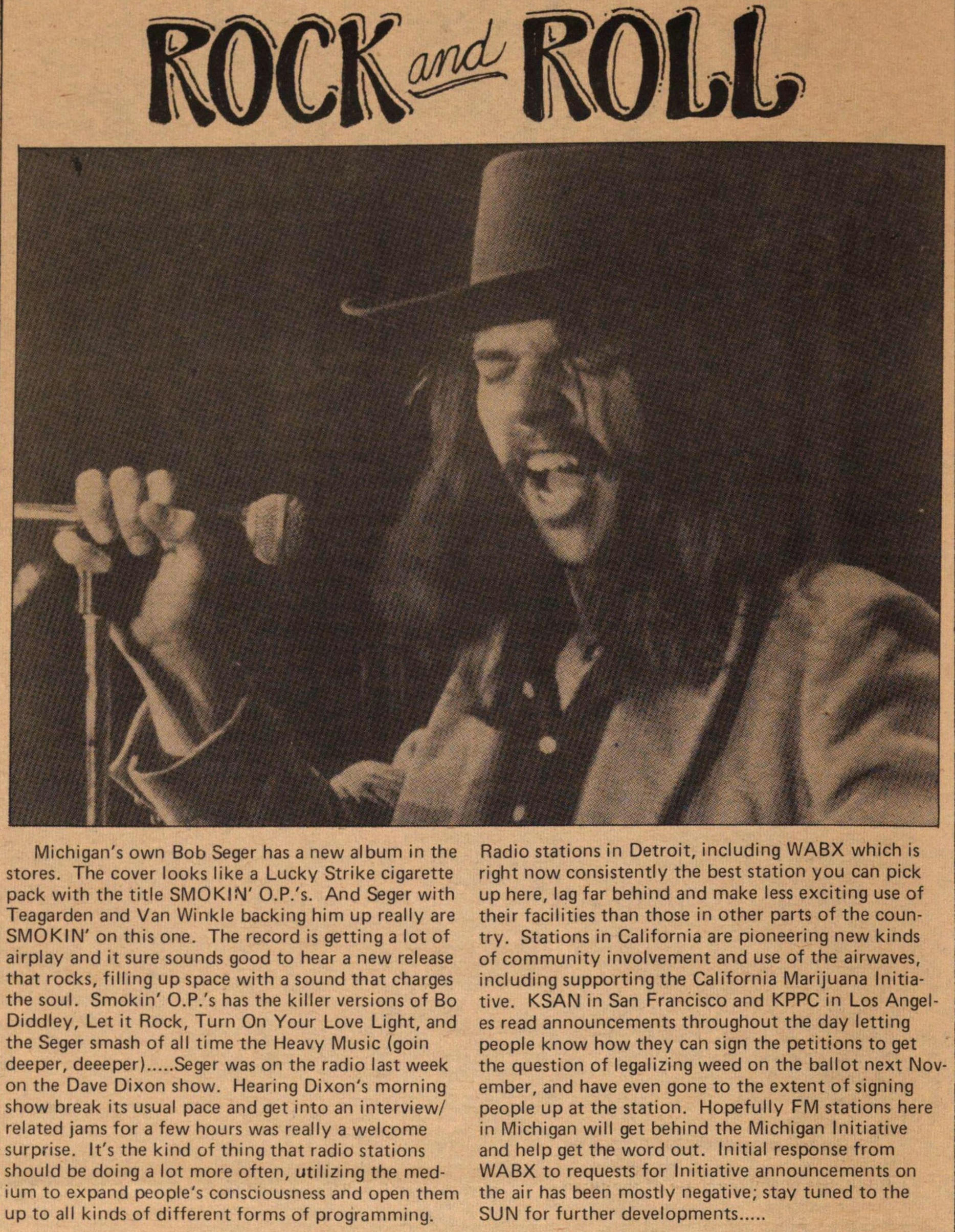 Michigan's own Bob Seger has a new album in the stores. The cover looks like a Lucky Strike cigarette pack with the title SMOKIN' O.P.'s. And Seger with Teagarden and Van Winkle backing him up really are SMOKIN' on this one. The record is getting a lot of airplay and it sure sounds good to hear a new release that rocks, filling up space with a sound that charges the soul. Smokin' O.P.'s has the killer versions of Bo Diddley, Let it Rock, Turn On Your Love Light, and the Seger smash of all time the Heavy Music (goin deeper, deeeper) Seger was on the radio last week on the Dave Dixon show. Hearing Dixon's morning show break its usual pace and get into an interview related jams for a few hours was really a welcome surprise. It's the kind of thing that radio stations should be doing a lot more often, utilizing the medium to expand people's consciousness and open them up to all kinds of different forms of programming. Radio stations in Detroit, including WABX which is right now consistently the best station you can pick up here, lag far behind and make less exciting use of their facilities than those in other parts of the country. Stations in California are pioneering new kinds of community involvement and use of the airwaves, including supporting the California Marijuana Initiative. KSAN in San Francisco and KPPC in Los Angeles read announcements throughout the day letting people know how they can sign the petitions to get the question of legalizing weed on the ballot next November, and have even gone to the extent of signing people up at the station. Hopefully FM stations here in Michigan will get behind the Michigan Initiative and help get the word out. Initial response from WABX to requests for Initiative announcements on the air has been mostly negative; stay tuned to the SUN for further developments.....