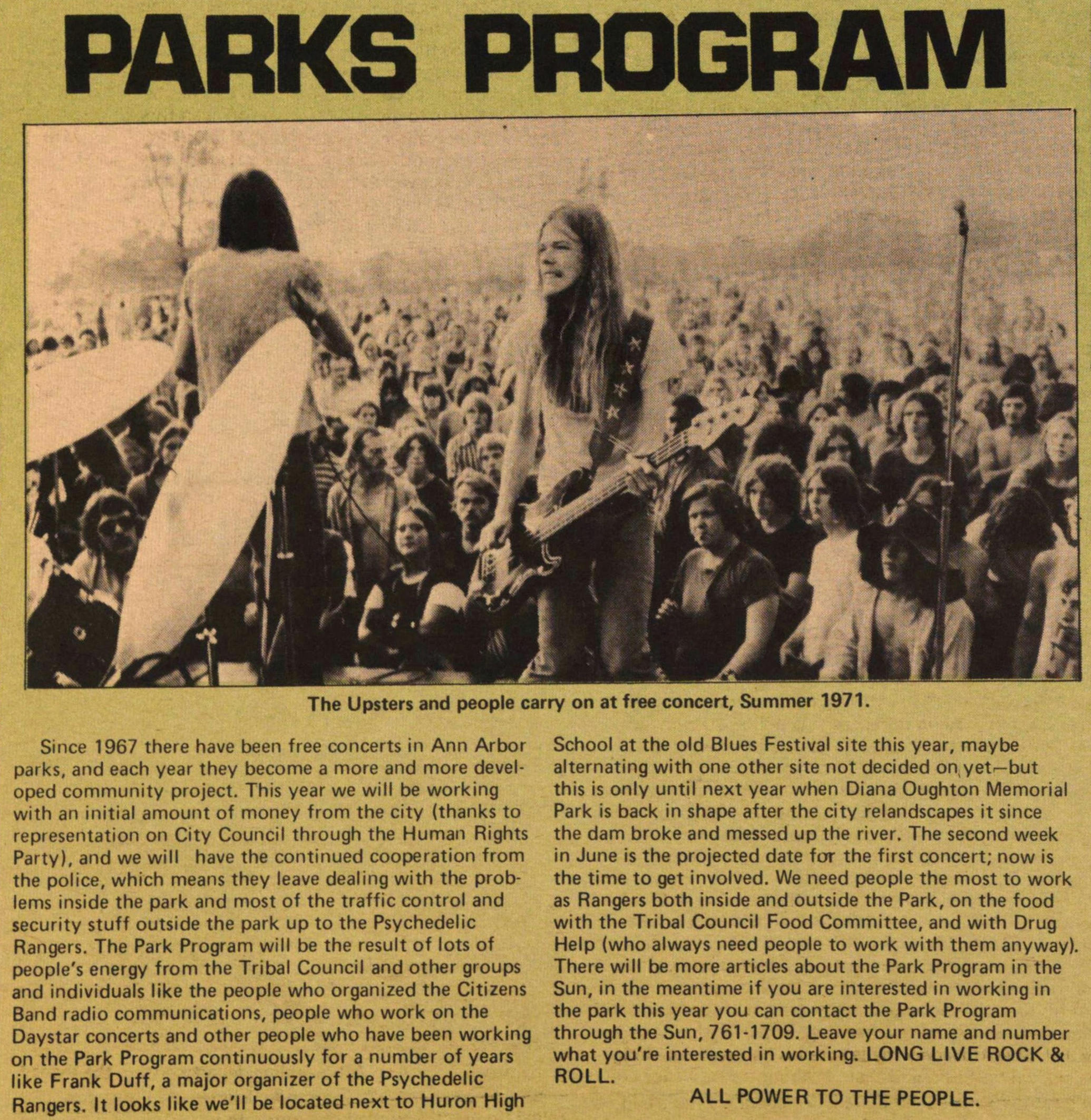 Since 1967 there have been free concerts in Ann Arbor parks, and each year they become a more and more developed community project. This year we will be working with an initial amount of money from the city (thanks to representation on City Council through the Human Rights Party), and we will have the continued cooperation from the police, which means they leave dealing with the problems inside the park and most of the traffic control and security stuff outside the park up to the Psychedelic Rangers. The Park Program will be the result of lots of people's energy from the Tribal Council and other groups and individuals like the people who organized the Citizens Band radio communications, people who work on the Daystar concerts and other people who have been working on the Park Program continuously for a number of years like Frank Duff, a major organizer of the Psychedelic Rangers. It looks like we'll be located next to Huron High School at the old Blues Festival site this year, maybe alternating with one other site not decided on yet- but this is only until next year when Diana Oughton Memorial Park is back in shape after the city re-landscapes it since the dam broke and messed up the river. The second week in June is the projected date for the first concert; now is the time to get involved. We need people the most to work as Rangers both inside and outside the Park, on the food with the Tribal Council Food Committee, and with Drug Help (who always need people to work with them anyway). There will be more articles about the Park Program in the Sun, in the meantime if you are interested in working in the park this year you can contact the Park Program through the Sun, 761-1709. Leave your name and number what you're interested in working. LONG LIVE ROCK & ROLL.

ALL POWER TO THE PEOPLE.