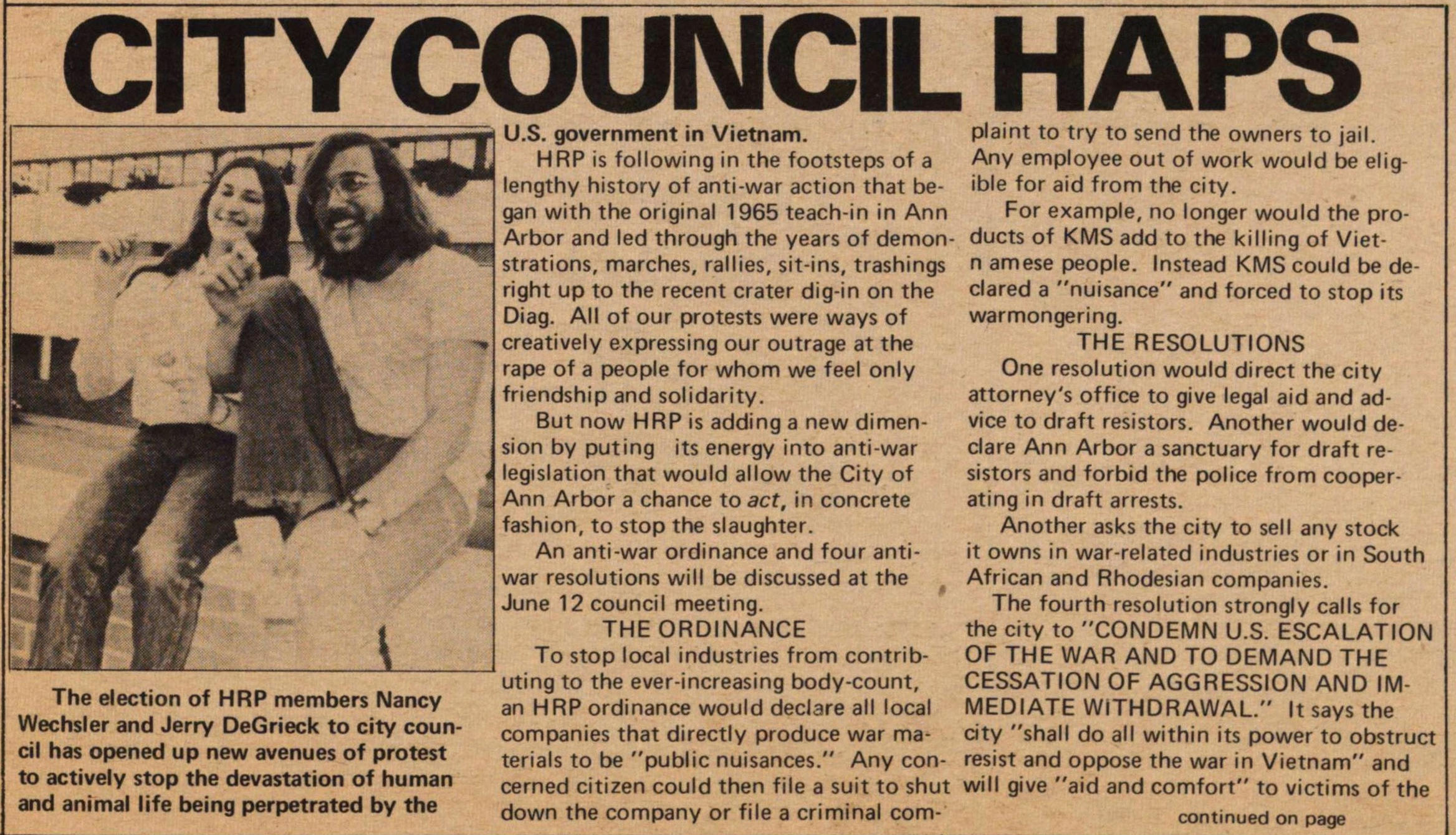 U.S. government in Vietnam. HRP s following n the footsteps of a lengthy history of anti-war action that began with the original 1965 teach-in in Ann Arbor and led through the years of demonstrations, marches, rallies, sit-ins, trashings right up to the recent cráter dig-in on the Diag. All of our protests were ways of creatively expressing our outrage at the rape of a people for whom we feel only friendship and solidarity. But now HRP is adding a new dimensión by puting its energy nto anti-war legislation that would allow the City of Ann Arbor a chance to act, in concrete fashion, to stop the slaughter. An anti-war ordinance and four antiwar resolutions will be discussed at the June 12council meeting. THE ORDINANCE To stop local industries from contributing to the ever-increasing body-count, an HRP ordinance would declare all local companies that directly produce war materials to be "public nuisances." Any concerned citizen could then file a suit to shut down the company or file a criminal plaint to try to send the owners to jail. Any employee out of work would be eligble for aid from the city. For example, no longer would the products of KMS add to the killing of Vietn amese people. Instead KMS could be declared a "nuisance" and forced to stop its warmongering. THE RESOLUTIONS One resolution would direct the city attorney's office to give legal aid and advice to draft resistors. Another would declare Ann Arbor a sanctuary for draft resistors and forbid the pólice from cooperating in draft arrests. Another asks the city to sell any stock it owns in war-related industries or in South African and Rhodesian companies. The fourth resolution strongly calis for the city to "CONDEMN U.S. ESCALATION OF THE WAR AND TO DEMAND THE CESSATION OF AGGRESSION AND IMMEDIATE WlTHDRAWAL." It says the city "shall do all within its power to obstruct resist and oppose the war in Vietnam" and will give "aid and comfort" to victims of the continued on page