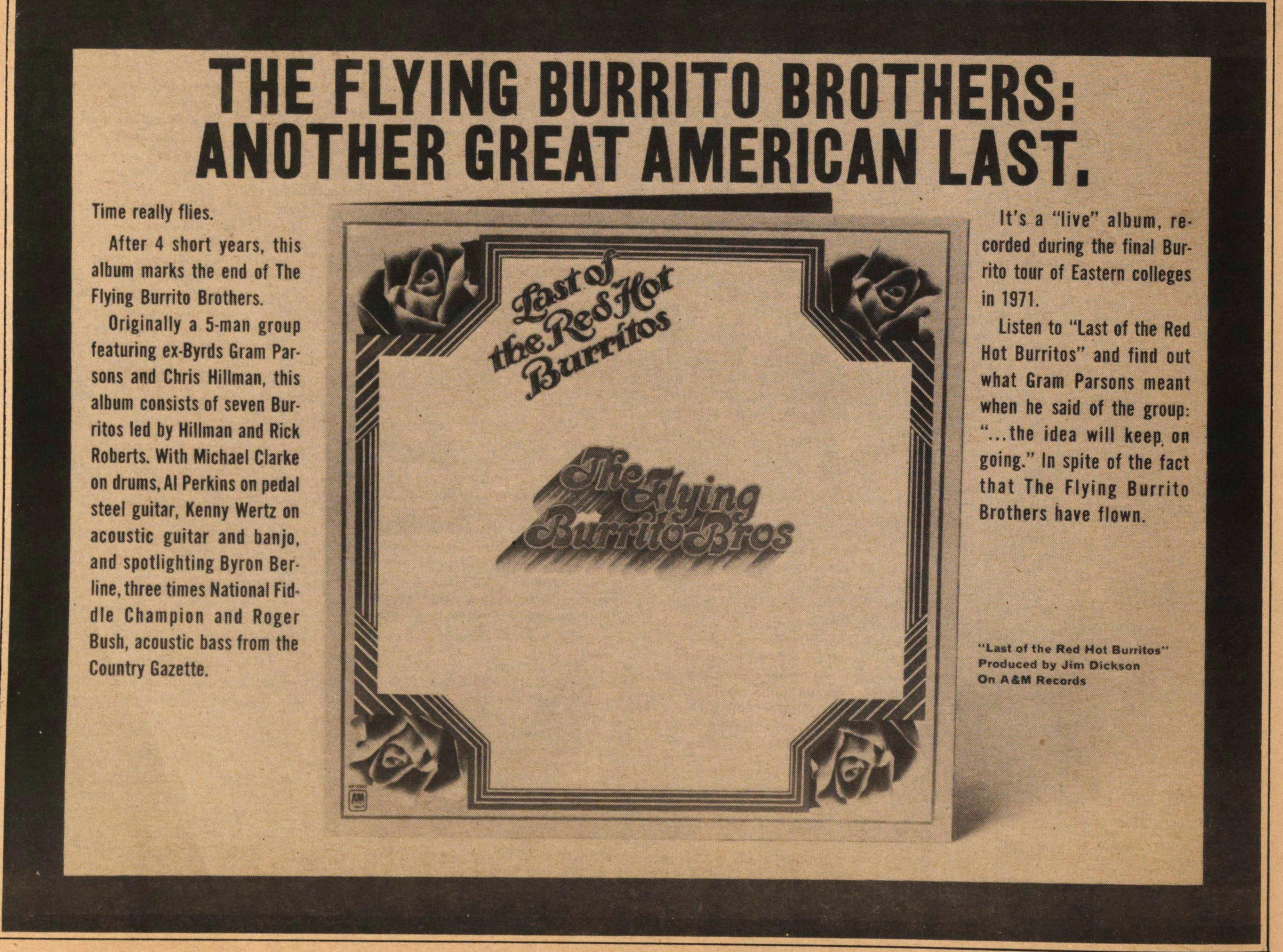 After 4 short years, this album marks the end of The Flying Burrito Brothers.

It's a  "live" album recorded during the final Burrito tour of Eastern colleges in 1971. Listen to "The Last of the Red Hot Burritos" and find out what Gram Parsons meant when he said of the group..." the idea will keep on going." In spite of the fact that the Flying Burritos have flown.