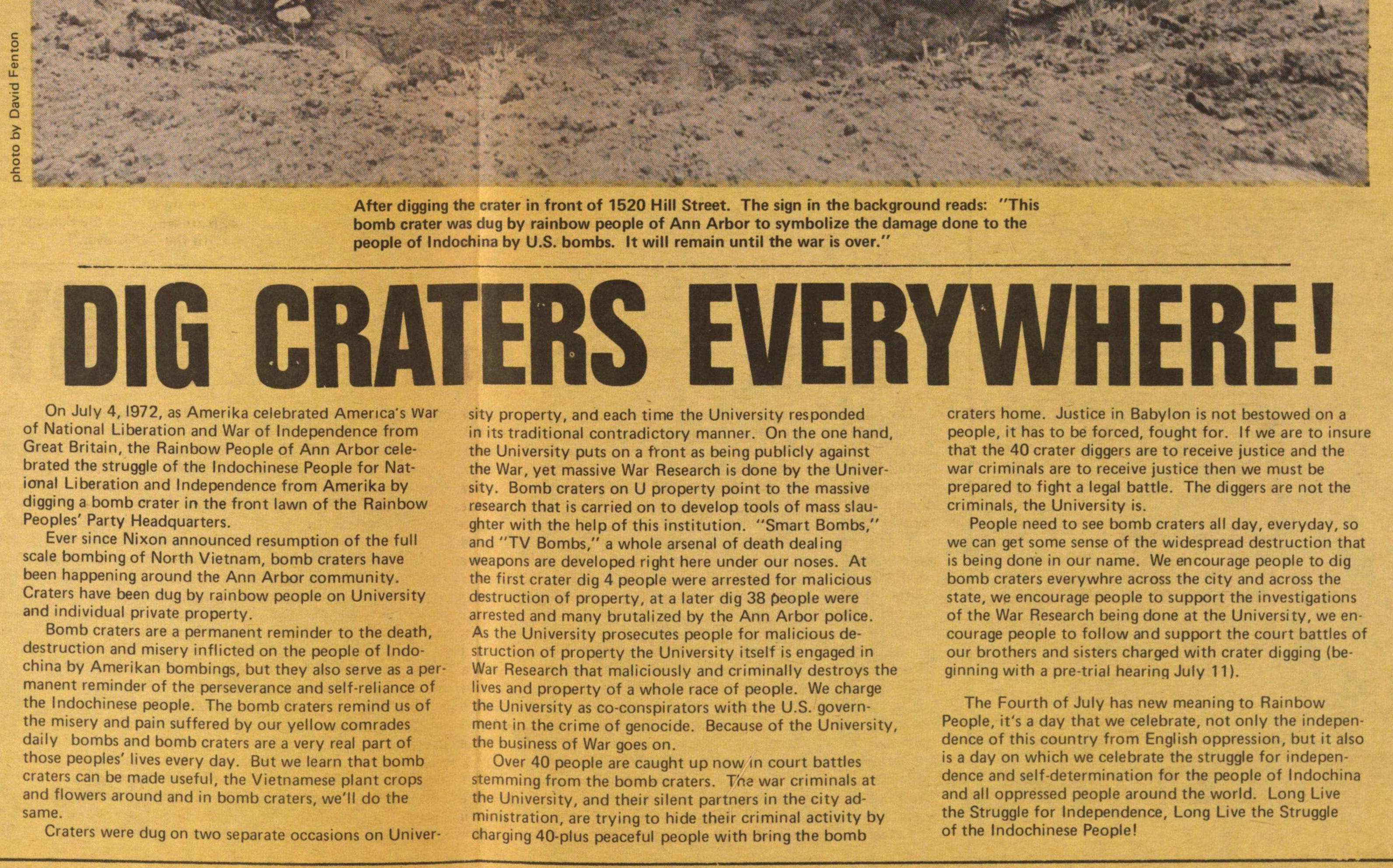 After digging the crater in front of 1520 Hill Street. The sign in the background reads: "This bomb crater was dug by rainbow people of Ann Arbor to symbolize the damage done to the people of Indochina by U.S. bomb. It will remain until the war is over."

Ever since Nixon announced resumption of the full scale bombing of North Vietnam, bomb craters have been happening around the Ann Arbor community. Craters have been dug by rainbow people on University and individual private property.

Craters were dug on two separate occasions on University property, and each time the University responded in its traditional contradictory manner. On the one hand, the University puts on a front as being publicly against the War, yet massive War Research is done by the University. Bomb craters on U property point to the massive research that is carried on to develop tools of mass slaughter with the help of this institution. "Smart Bombs," and "TV Bombs," a whole arsenal of death dealing weapons are developed right here under our noses. At the first crater dig, 4 people were arrested for malicious destruction of property, at a later dig 38 people were arrested and many brutalized by the Ann Arbor police. As the University prosecutes people for malicious destruction of property the University itself is engaged in War Research that maliciously and criminally destroys the lives and property of a whole race of people. We charge the University as co-conspirators with the U.S. government in the crime of genocide. Because of the University, the business of War goes on.

Over 40 people are caught up now in court battles stemming from the bomb craters. The war criminals at the University, and their silent partners in the city administration, are trying to hide their criminal activity by charging 40-plus peaceful people with bringing the bomb craters home. Justice in Babylon is not bestowed on a people, it has to be forced, fought for. If we are to ensure that the 40 crater diggers are to receive justice and the war criminals are to receive justice then we must be prepared to fight a legal battle. The diggers are not the criminals, the University is.