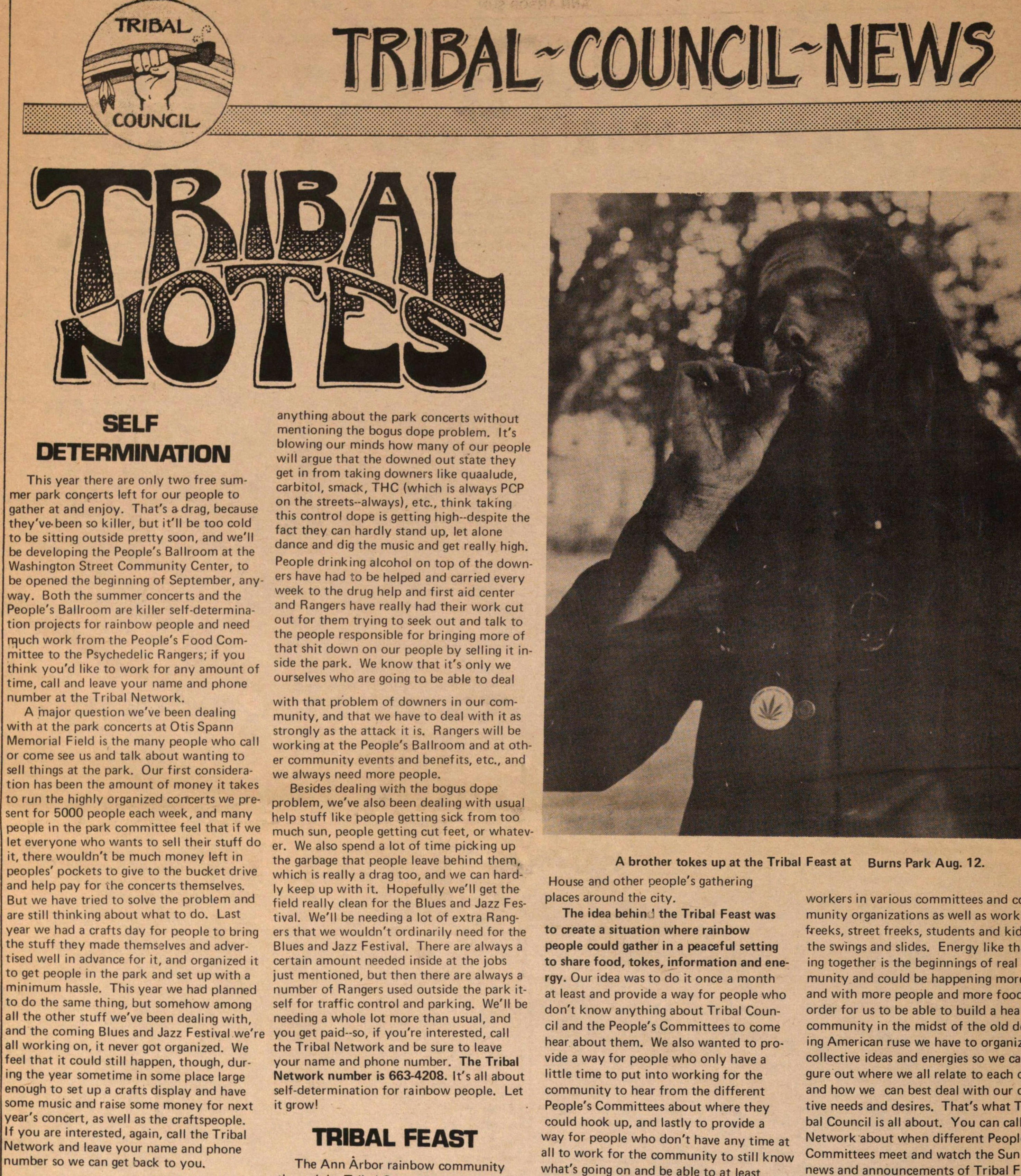 This year there are only two free summer park concerts left for our people to gather at and enjoy. That's a drag, because they've been so killer, but it'll be too cold to be sitting outside pretty soon, and we'll be developing the People's Ballroom at the Washington Street Community Center, to be opened the beginning of September, anyway. Both the summer concerts and the People's Ballroom are killer self-determination projects for rainbow people and need much work from the People's Food Committee to the Psychedelic Rangers; if you think you'd like to work for any amount of time, call and leave your name and phone number at the Tribal Network.

A major question we've been dealing with at the park concerts at Otis Spann Memorial Field is the many people who call or come see us and talk about wanting to sell things at the park. Our first consideration has been the amount of money it takes to run the highly organized concerts we present for 5000 people each week, and many people in the park committee feel that if we let everyone who wants to sell their stuff do it, there wouldn't be much money left in peoples' pockets to give to the bucket drive and help pay for the concerts themselves. But we have tried to solve the problem and are still thinking about what to do. Last year we had a crafts day for people to bring the stuff they made themselves and advertised well in advance for it, and organized to get people in the park and set up with a minimum hassle. This year we had planned to do the same thing, but somehow among all the other stuff we've been dealing with, and the coming Blues and Jazz Festival we're all working on, it never got organized. We feel that it could still happen, though, during the year sometime in some place large enough to set up a crafts display and have some music and raise some money for next year's concert, as well as the craftspeople. If you are interested, again, call the Tribal Network and leave your name and phone number so we can get back to you.