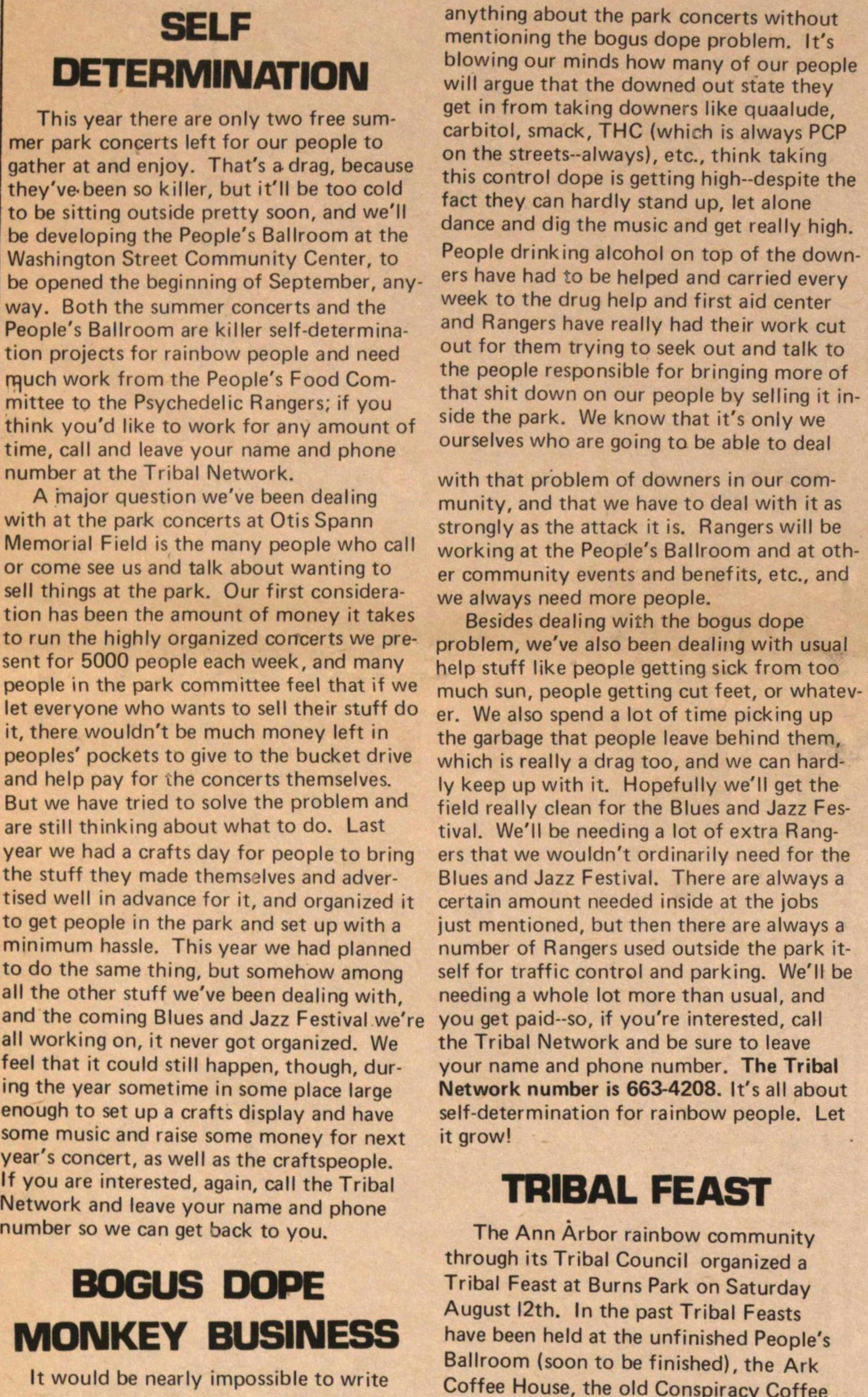 It would be nearly impossible to write anything about the park concerts without mentioning the bogus dope problem. It's blowing our minds how many of our people will argue that the downed out state they get in from taking downers like Quaalude, Carbitol, smack, THC (which is always PCP on the streets - always), etc., think taking this control dope is getting high--despite the fact they can hardly stand up, let alone dance and dig the music and get really high. People drinking alcohol on top of the downers have had to be helped and carried every week to the drug help and first aid center and Rangers have really had their work cut out for them trying to seek out and talk to the people responsible for bringing more of that shit down on our people by selling it inside the park. We know that it's only we ourselves who are going to be able to deal with that problem of downers in our community, and that we have to deal with it as strongly as the attack it is. Rangers will be working at the People's Ballroom and at other community events and benefits, etc., and we always need more people.

Besides dealing with the bogus dope problem, we've also been dealing with usual help stuff like people getting sick from too much sun, people getting cut feet, or whatever. We also spend a lot of time picking up the garbage that people leave behind them, which is really a drag too, and we can hardly keep up with it. Hopefully we'll get the field really clean for the Blues and Jazz Festival. We'll be needing a lot of extra Rangers that we wouldn't ordinarily need for the Blues and Jazz Festival. There are always a certain amount needed inside at the jobs just mentioned, but then there are always a number of Rangers used outside the park itself for traffic control and parking. We'll be needing a whole lot more than usual, and you get paid--so, if you're interested, call the Tribal Network and be sure to leave your name and phone number. The Tribal Network number is 663-4208. It's all about self-determination for rainbow people. Let it grow!