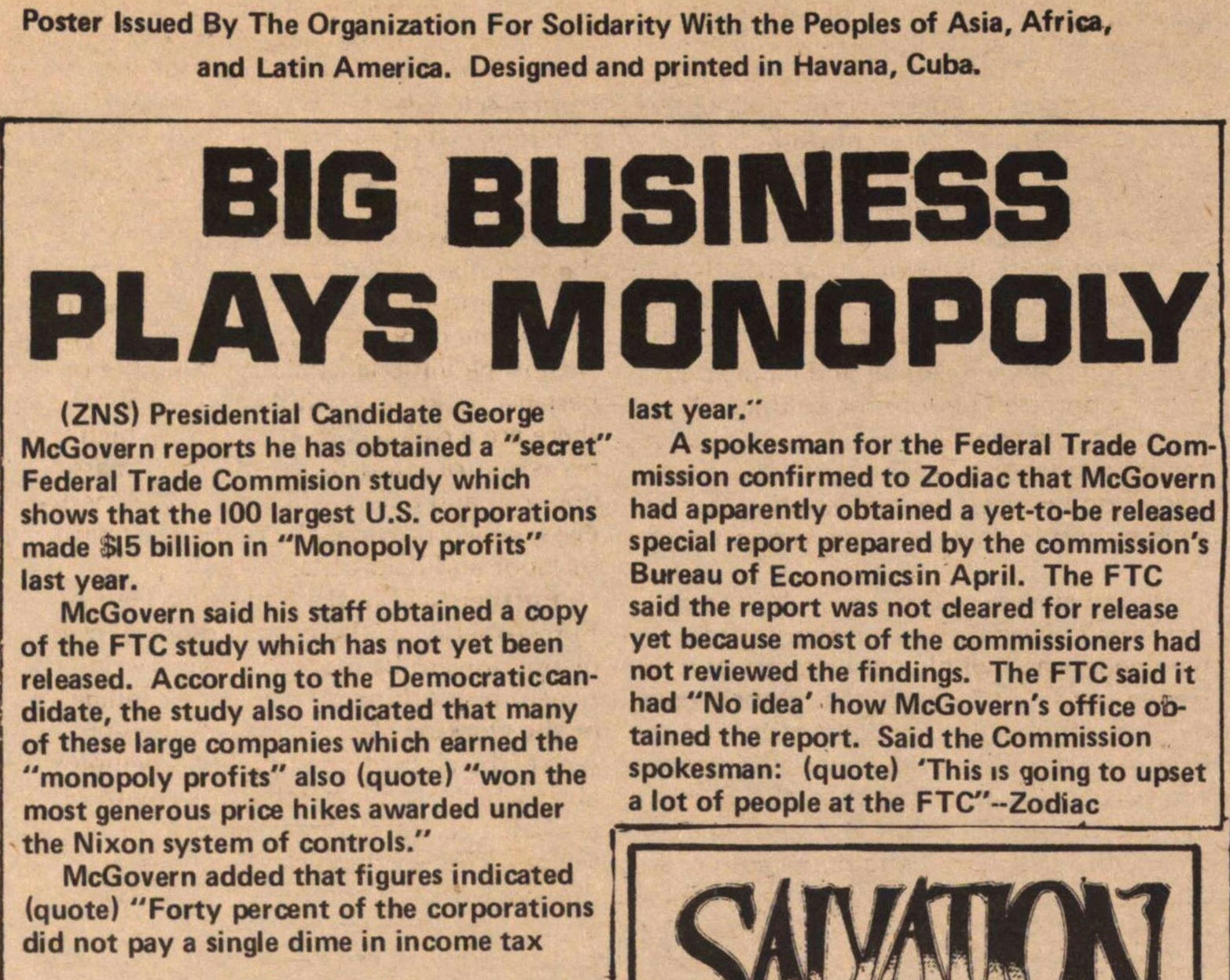 McGovern said his staff obtained a copy of the FTC study which has not yet been released. According to the Democratic candidate, the study also indicated that many of these large companies which earned the "monopoly profits" also (quote) "won the most generous price hikes awarded under the Nixon system of controls."

McGovern added that figures indicated (quote) "Forty percent of the corporations did not pay a single dime in income tax last year."

A spokesman for the Federal Trade Commission confirmed to Zodiac that McGovern had apparently obtained a yet-to-be released special report prepared by the commission's Bureau of Economics in April. The FTC said the report was not cleared for release yet because most of the commissioners had not reviewed the findings. The FTC said it had "No idea' how McGovern's office obtained the report. Said the Commission spokesman: (quote) "This is going to upset a lot of people at the FTC"–Zodiac

Poster Issued By The Organization For Solidarity With the Peoples of Asia, Africa, and Latin America. Designed and printed in Havana, Cuba.