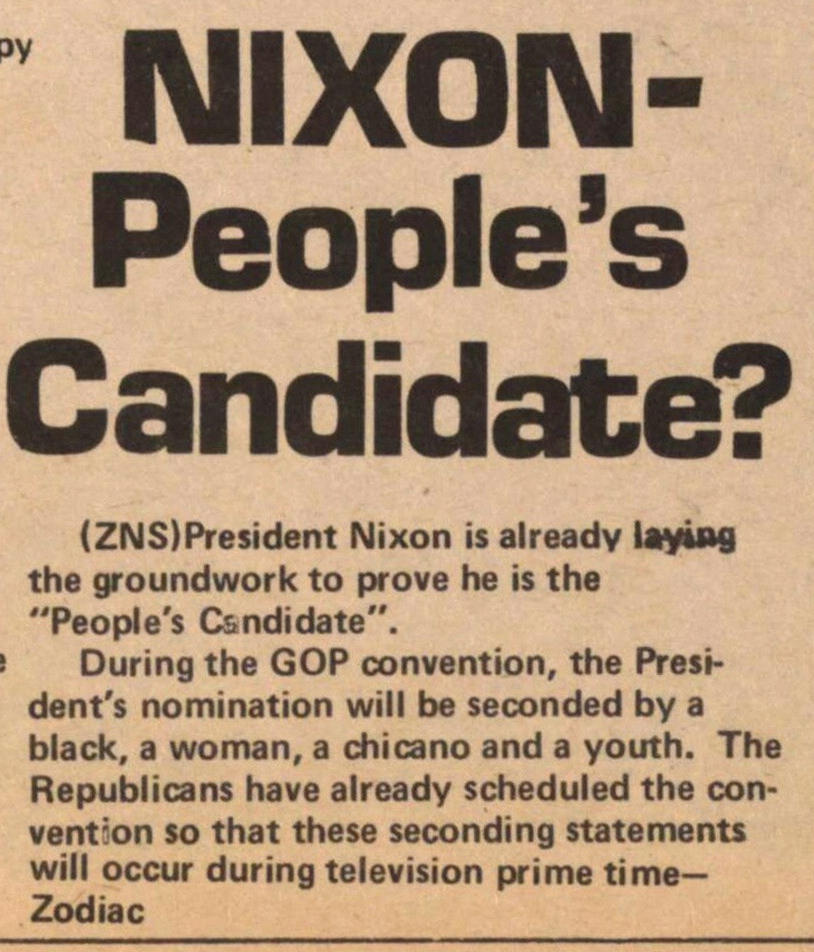 (ZNS) President Nixon is already laying the groundwork to prove he is the "People's Candidate".

During the GOP convention, the President's nomination will be seconded by a black, a woman, a chicano and a youth. The Republicans have already scheduled the convention so that these seconding statements will occur during television prime time–