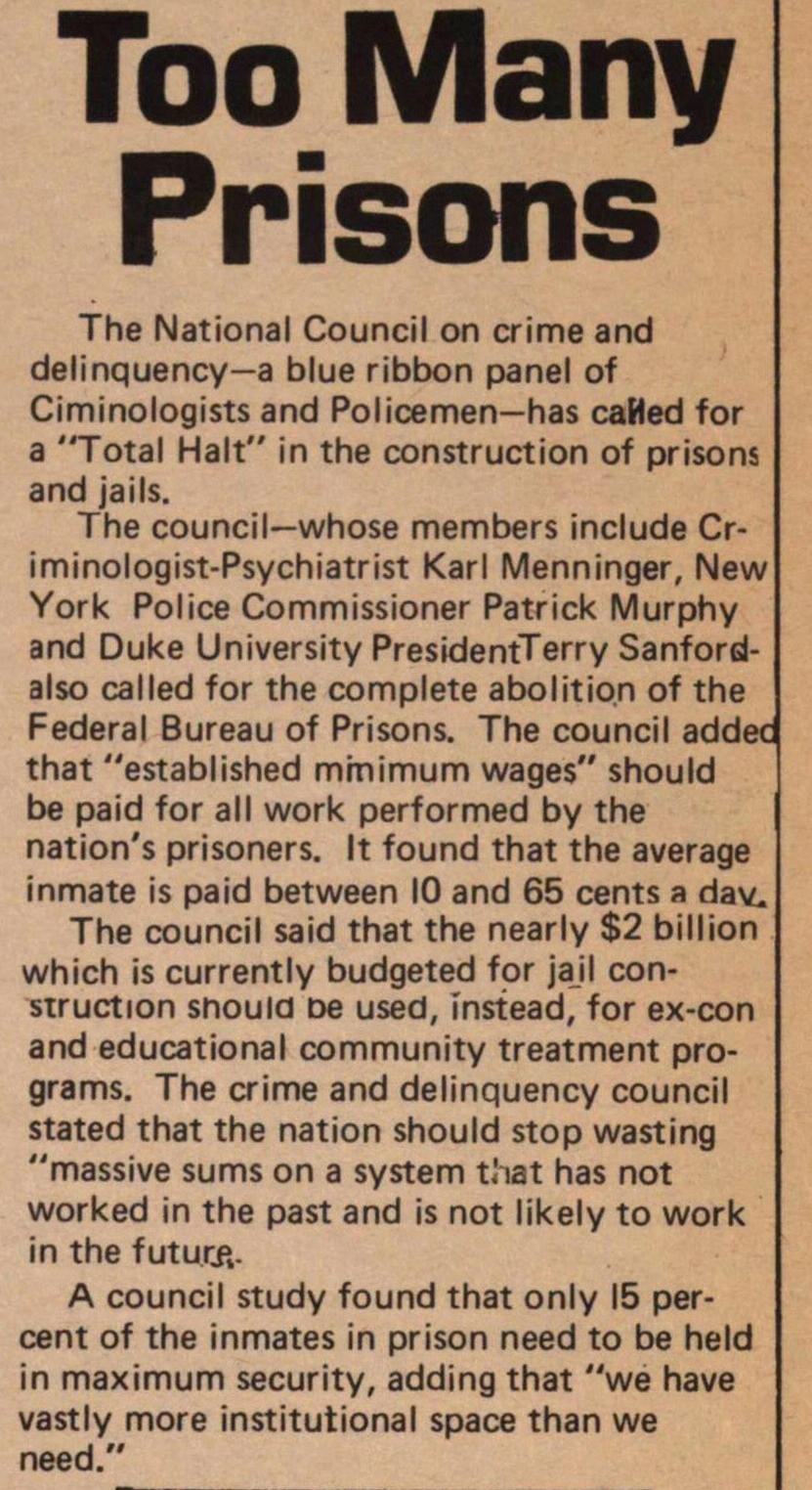 The National Council on crime and delinquency--a blue ribbon panel of Ciminologists and Policemen--has called for a "Total Halt" in the construction of prisons and jails.

The council--whose members include Criminologist-Psychiatrist Karl Menninger, New York Police Commissioner Patrick Murphy and Duke University President Terry Sanford also called for the complete abolition of the Federal Bureau of Prisons. The council added that "established minimum wages" should be paid for all work performed by the nation's prisoners. It found that the average inmate is paid between 10 and 65 cents a day.

The council said that the nearly $2 billion which is currently budgeted for jail construction should be used, instead, for ex-con and educational community treatment programs. The crime and delinquency council stated that the nation should stop wasting "massive sums on a system that has not worked in the past and is not likely to work in the future.

A council study found that only 15 percent of the inmates in prison need to be held in maximum security, adding that "we have vastly more institutional space than we need."