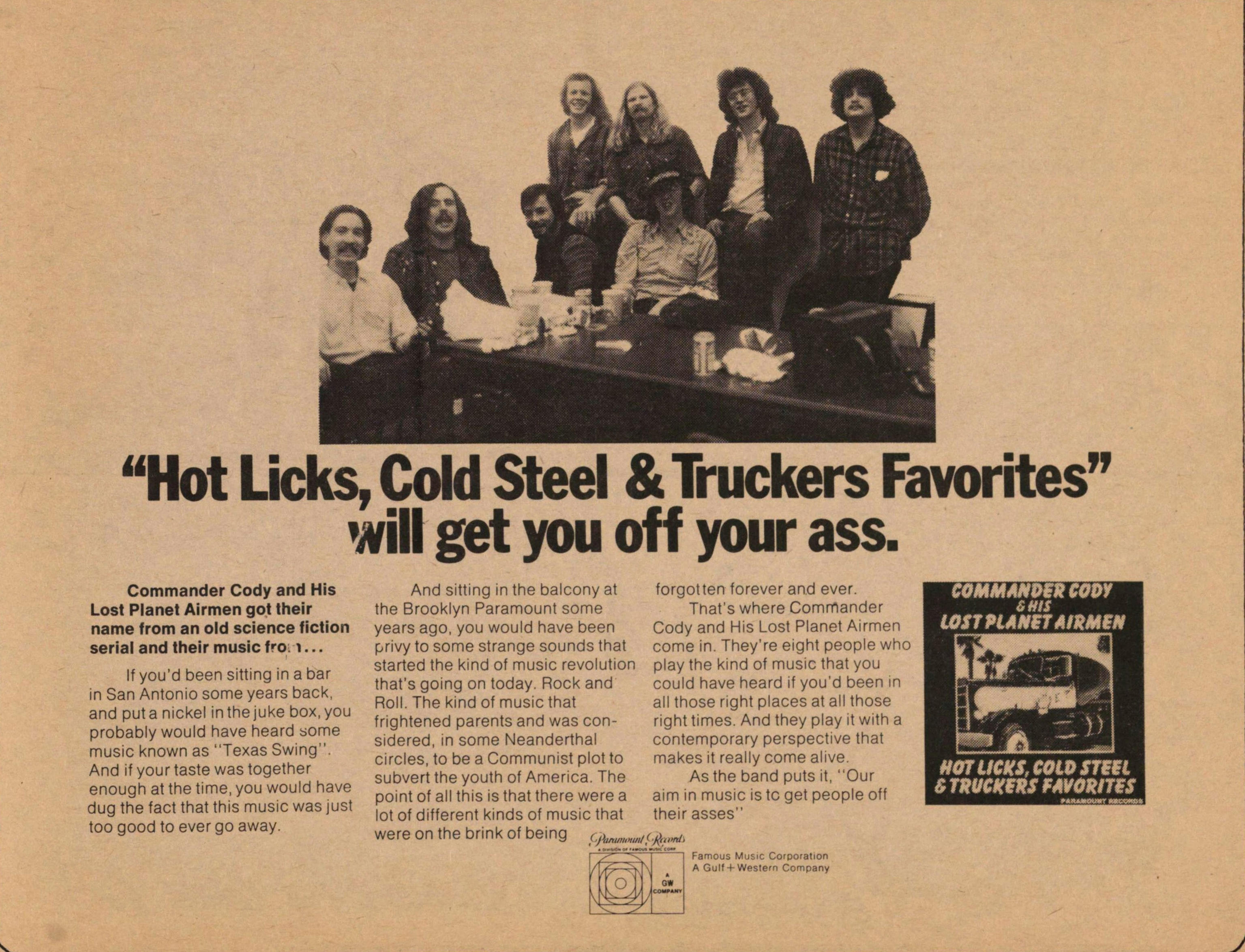 "Hot Licks, Cold Steel & Truckers Favorites" will get you off your ass.

Commander Cody and His Lost Planet Airmen got their name from an old science fiction serial and their music from...

If you'd been sitting in a bar in San Antonio some years back and put a nickel in the juke box, you probably would have heard some music know as "Texas Swing". And if your taste was together enough at the time, you would have dug the fact that this music was just too good to ever go away.

And sitting in the balcony at the Brooklyn Paramount some years ago, you would have been privy to some strange sounds that started the kind of music revolution that's going on today. Rock and Roll. The kind of music that frightened parents and was considered, in some Neanderthal circles, to be a Communist plot to subvert the youth of America. The point of all this is that there were a lot of different kinds of music that were on the brink of being forgotten forever and ever.

That's where Commander Cody and His Lost Planet Airmen come in. They're eight people who play the kind of music that you could have heard if you'd been in all those right places at all those right times. And they play it with a contemporary perspective that makes it really come alive.

As the band puts it, "Our aim in music is to get people off their asses".