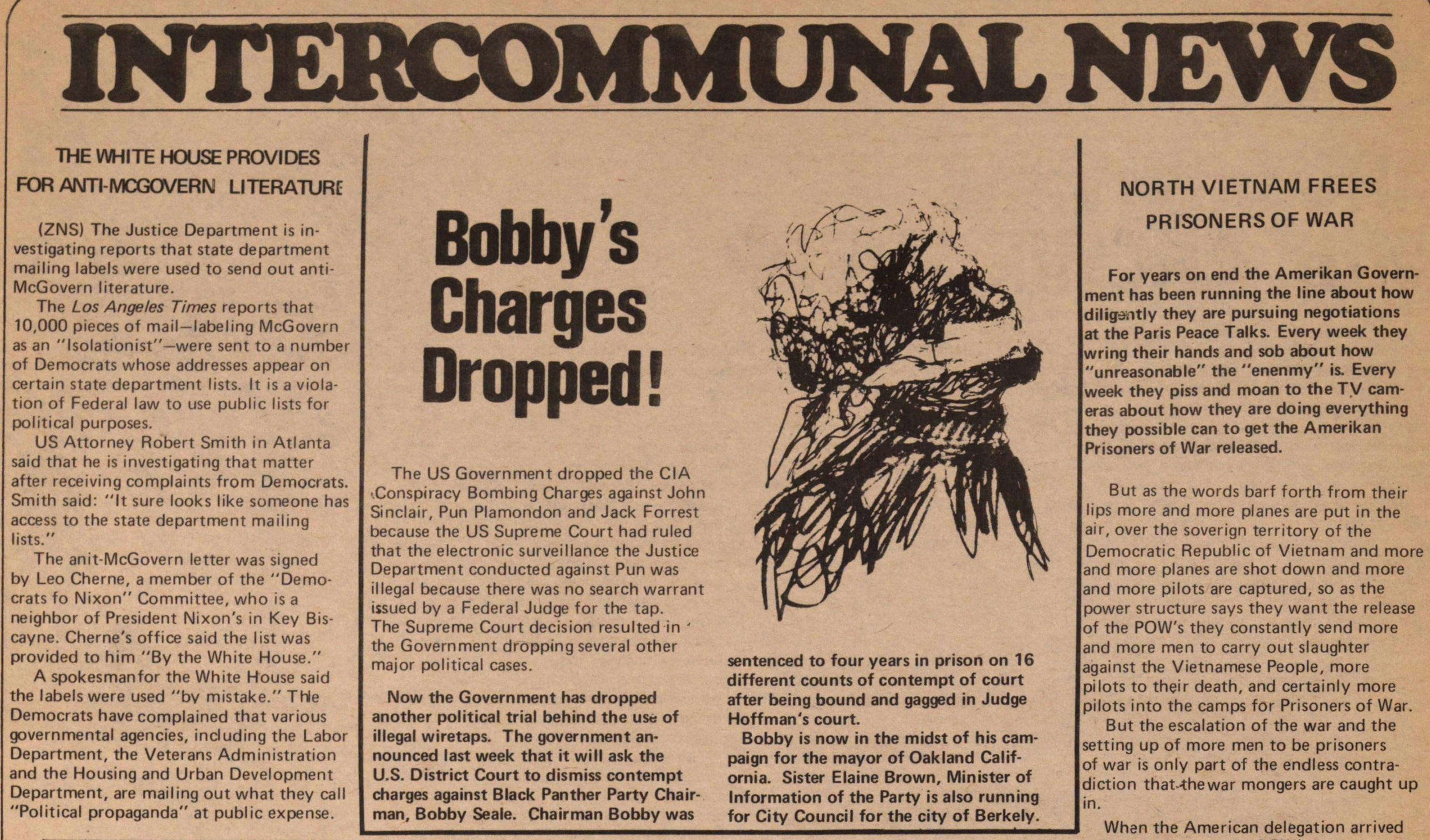 (ZNS) The Justice Department s nvestigating reports that state department mailing labels were used to send out antiMcGovern literature. The Los Angeles Times reports that 10,000 pieces of mail- labeling McGovern as an "Isolationist"- were sent to a number of Democrats whose addresses appear on certain state department lists. It is a violation of Federal law to use public lists for political purposes. US Attorney Robert Smith in Atlanta said that he is investigating that matter after receiving complaints from Democrats. Smith said: "It sure looks like someone has access to the state department mailing lists." The anit-McGovern letter was signed by Leo Cherne, a member of the "Democrats fo Nixon" Committee, who is a neighbor of President Nixon's in Key Biscayne. Cherne's office said the list was provided to him "By the White House." A spokesmanfor the White House said the labels were used "bv mistake." THe Democrats have complained that various governmental agencies, including the Labor Department, the Veterans Administration and the Housing and Urban Development Department, are mailing out what they cali "Political propaganda" at public expense.