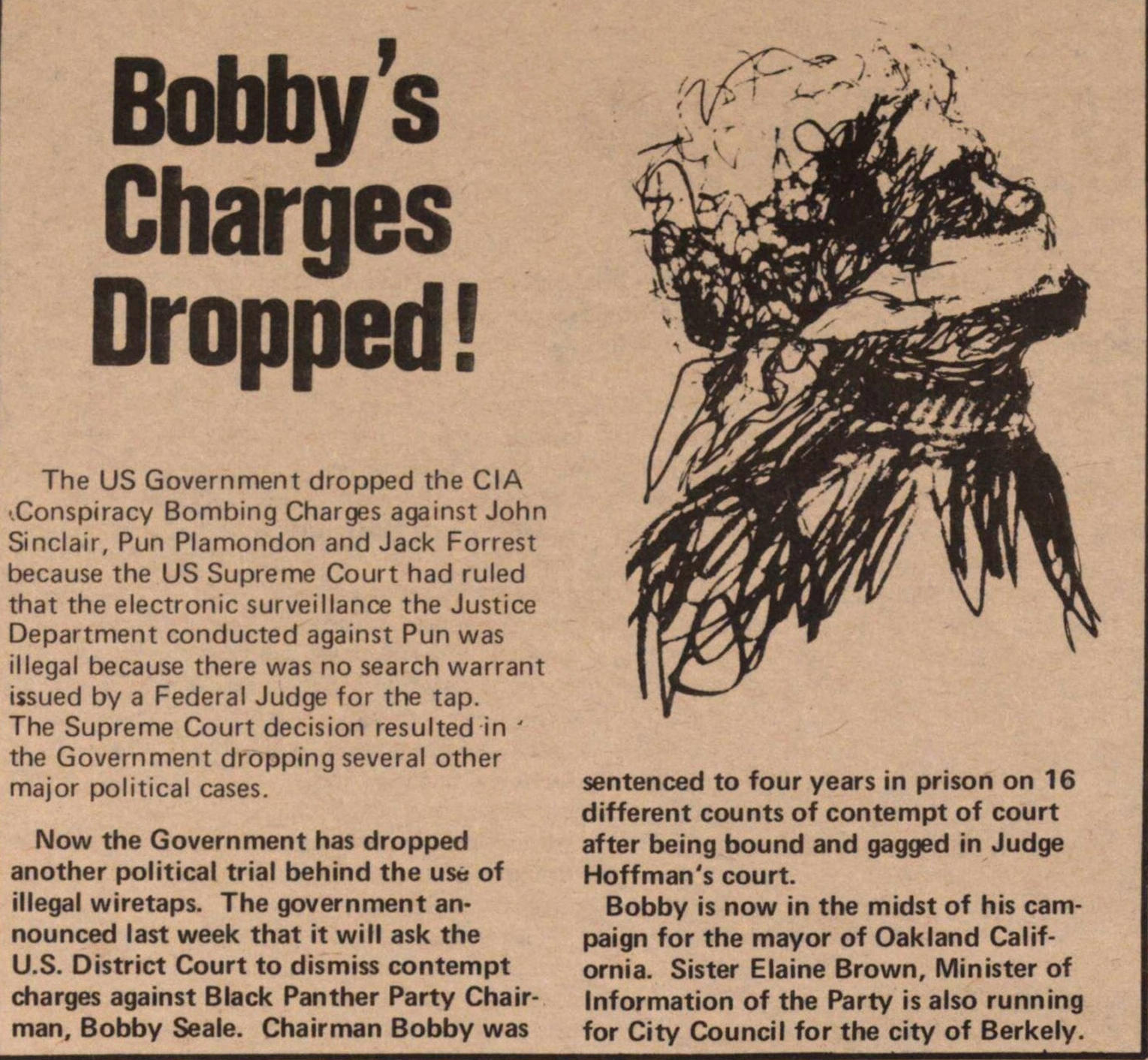 The US Government dropped the CIA Conspiracy Bombing Charges against John Sinclair, Pun Plamondon and Jack Forrest because the US Supreme Court had ruled that the electronic surveillance the Justice Department conducted against Pun was illegal because there was no search warrant issued by a Federal Judge for the tap. The Supreme Court decision resulted in the Government dropping several other major political cases.

Now the Government has dropped another political trial behind the use of illegal wiretaps. The government announced last week that it will ask the U.S. District Court to dismiss contempt charges against Black Panther Party Chairman, Bobby Seale. Chairman Bobby was sentenced to four years in prison on 16 different counts of contempt of court after being bound and gagged in Judge Hoffman’s court.

Bobby is now in the midst of his campaign for the mayor of Oakland California. Sister Elaine Brown, Minister of Information of the Party is also running for City Council for the city of Berkeley.