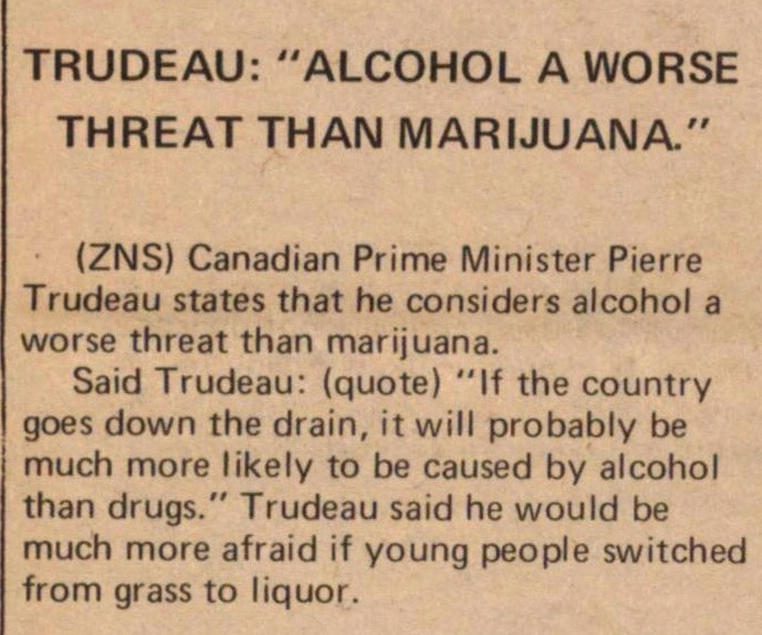 (ZNS) Canadian Prime Minister Pierre Trudeau states that he considers alcohol a worse threat than marijuana. Said Trudeau: (quote) "If the country goes down the drain, it will probably be much more likely to be caused by alcohol than drugs." Trudeau said he would be much more afraid if young people switched from grass to liquor.